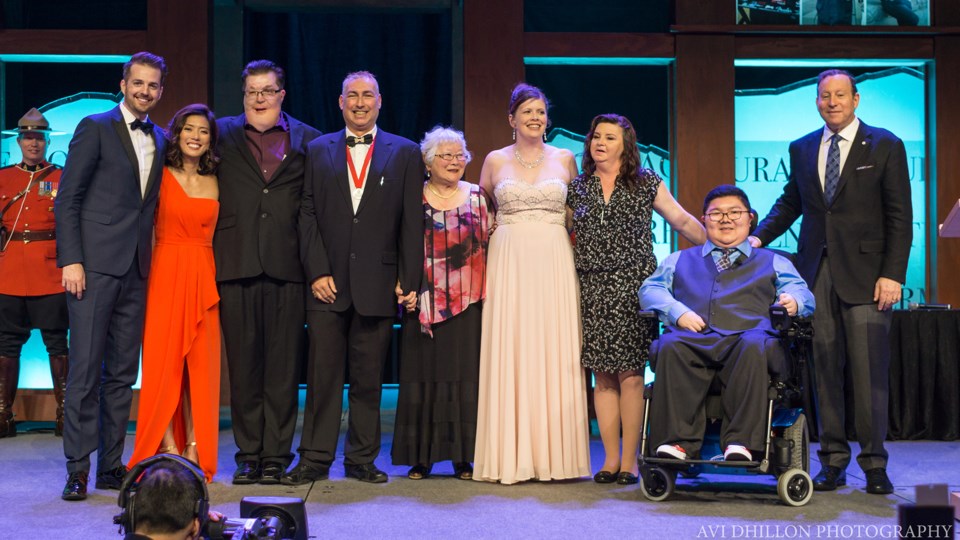 Homeless and addicted to drugs, facing cancer (twice) while living in an internment camp, burns to 75 per cent of his body — these are just some of the seemingly insurmountable obstacles several winners of the 2017 Courage to Come Back Awards faced and conquered.

Then there’s the talented young musician who was diagnosed with Duchenne Muscular Dystrophy at age three, a homeless mother living with mental health issues who successfully fought to regain custody of her children, and a former, homeless addict living with HIV and a brain injury who gives back to his community.

Their odds of not only surviving, but also thriving may have been low. Yet, but despite everything they’d been through, John Westhaver, Stephen Scott, Esther Mastubuchi, Rachel Fehr, Deborah Carter and Richard Quan stood proudly on the stage at the Vancouver Convention Centre last May to accept their Courage to Come Back Awards in six categories: addiction, mental health, medical, physical rehabilitation, social adversity and youth.

Does someone you know deserve this honour?

Each year, Coast Mental Health invites British Columbians to celebrate everyday heroes in their communities by nominating them for the Courage to Come Back Awards, chaired by philanthropist Lorne Segal. Nominations are now open for the 20th anniversary of the awards, presented by Wheaton Precious Metals. This is an opportunity to recognize community members who have not only overcome tremendous illness or adversity, but also those whose own challenges have inspired them to selflessly give back to others.

The awards were co-founded by Shirley Broadfoot with a dual purpose. One was to shine a light on men, women and youth who had overcome adversity and sometimes horrendous circumstances with their souls intact and with a desire to help others. The other goal was to raise money for Coast Mental Health, of which she was chairperson of its foundation.

Courage to Come Back Award recipients and their moving stories are celebrated at a fundraising event annually in May in support of Coast Mental Health. In its first year, the awards drew 600 guests and raised $80,000. In 2017, the event was attended by 1,500 guests and raised $1.64 million for a 19-year total of more than $13 million.

To nominate someone worthy of an award in your community, visit couragetocomeback.ca.