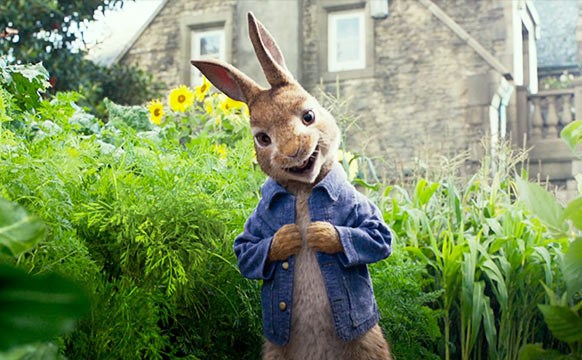 Now that Sony has released a 3D version of Peter Rabbit, rabbit rescue societies are worried people will be tempted to get a bunny as a pet.

Beatrix Potter’s Peter Rabbit has been beloved by generations of children ever since she published the tales of his mischievous romps through the garden in 1901. She based her drawings on her own pet rabbit.

Now that Sony Pictures has released a 3D version of Peter Rabbit, the Small Animal Rescue Society of B.C. is worried that people will give into the temptation to have a pet rabbit. And since owning a rabbit requires much more work than people expect, there will be a big spike in abandoned rabbits six months after the movie’s release when those cute, cuddly rabbits hit puberty.

The society’s advice: enjoy the rabbits on the screen only.

“We’re just bracing for [a surge in rescue calls],” says Lisa Hutcheon, the group’s volunteer executive director who was on her way to pick up three rabbits no longer wanted by their owners.

The release of films featuring cute animals typically results in a spike in pet sales, the group says. “This has been seen with the release of such films as Snow Dogs, Snow Buddies, Legally Blonde and 101 Dalmatians. In turn, this results in volunteer-run, non-profit rescues being inundated with requests to take unwanted animals once consumers discover how much work they are.”

What’s especially concerning about Peter Rabbit is that Easter is approaching, the peak time for pet rabbit sales.

“The fall is usually a big problem for us because that’s six months after Easter when the rabbits hit puberty,” Hutcheon says. A female rabbit can get pregnant every 28 to 30 days; she can even get pregnant immediately after giving birth. “It gets really out of control quickly.”

You might think a rabbit does nothing but nibble on carrots and sleep. But the society says rabbits are high-maintenance pets that require specialized vet care and daily exercise. They need a specific diet and their enclosures need to be cleaned daily.

With a lifespan of 10 to 12 years, that’s a serious commitment to their wellbeing.

In December 2017, the City of Vancouver banned the selling of rabbits in pet stores.