End of life planners focus on living with purpose

“When a man knows he is to be hanged... it concentrates his mind wonderfully.” This is one of the nuggets of wisdom James Boswell attributed to Samuel Johnson 240 years ago.
Jan 18, 2017 9:35 AM By: Pat Johnson 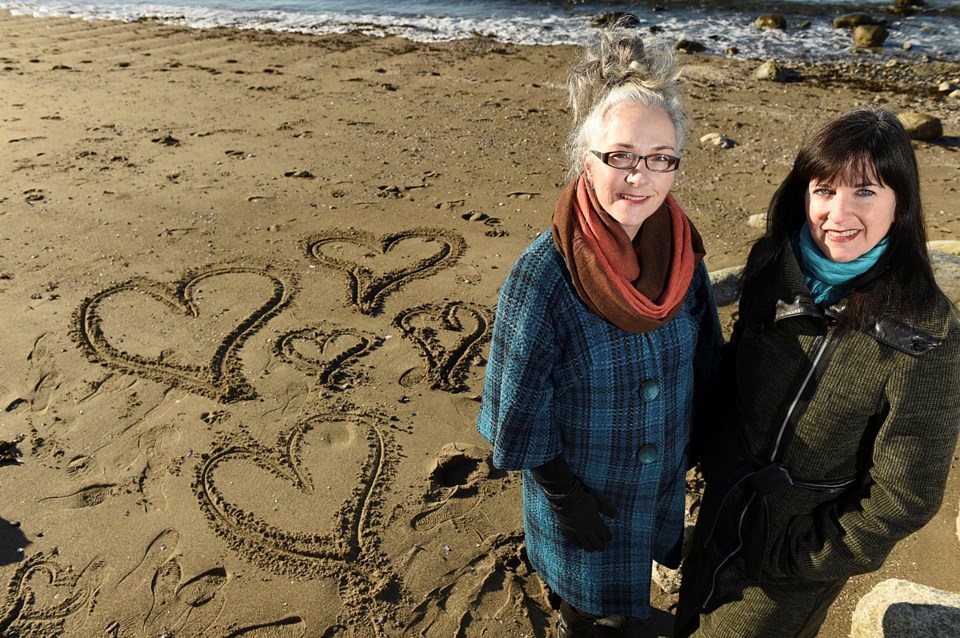 “When a man knows he is to be hanged... it concentrates his mind wonderfully.” This is one of the nuggets of wisdom James Boswell attributed to Samuel Johnson 240 years ago. We’re not for hanging in this country anymore, but the essence of the statement remains true. Knowledge of imminent death has a way of separating the daily nonsense from what really matters.

Even when death is not imminent, according to two Vancouverites with a unique business, mortality can be a motivator for prioritizing life’s demands.

Reena Lazar and Michelle Pante are co-founders of Willow, a service that offers “inspired end-of-life planning and soulful personal development.”

Unlike most funeral directors and other professionals who help people prepare for the end of their lives, Lazar and Pante are not targeting those whose lives are nearing the end. On the contrary, they want people with years ahead of them to think about death as a way to focus more intently on what is important in life.

“The difference is we are actually focusing on the fact that [end of life] planning is a vehicle, a tool, an opportunity for personal growth and transformation,” says Pante. “We’re not actually targeting people who are at the end of their life, we are working with people who are mostly healthy and well and are recognizing that taking stock of your life through end-of-life planning and consciously contemplating your death — your inevitable and unpredictable death, in most situations — that is an opportunity to live a really great life and transform how you are living your life now.”

Among the ways the pair helps people focus is through Heart Wills and Love Letters. Two three-session series begin Jan. 26. In these workshops, participants write Heart Wills, in which they reflect on their feelings about their life and eventual death, how they would like to be remembered and “wisdom, wishes and message” to be shared after death. Through Love Letters, participants write messages to loved ones, to be read after the writer’s passing, perhaps offering forgiveness or sharing thoughts about who and what matter most.

“We’re trying to evoke a sense of urgency that encourages people to get into action and recognize that this is your one precious life. What do you want to be? Who do you want to be?” says Pante, who is in the final stages of her apprenticeship as a funeral director.

Testimonials from past participants underscore Lazar and Pante’s descriptions.

“The amazing thing about the Love Letters + Heart Will circle is that it caused me to think more about how I want to live my life now, and what I want to leave people with, and then be intentional about it. I’m still here.  And if I want to change something, now would be the time,” says a 48-year-old city planner.

Like Death Cafes, about which I wrote last year, the people who are attracted to programs like Willow’s are disproportionately female and, on average, edging toward or past midlife. Predictably, they have other things in common.

“Most of them have been quite deeply touched in the last couple of years by a death,” says Pante. “A friend, a sister, a parent, a partner. As we get older, that is more and more common for us. I want to get grief out of our collective closet because I believe that grief is a path to healing. Our passion is supporting people to have peace within themselves, between themselves, among themselves and to have peace on the planet. It sounds very grand and maybe naïve, but too bad because that’s what it is. That’s really what we are aiming for.”

They chose their business name because, they have written, “Willows are flexible, resilient, vigorous, regenerative, adaptive, useful, and beautiful.” The trees have healing properties — the bark is the source of natural remedies and the active ingredient in Aspirin.

“The classic graceful weeping willow is, in many cultures, a symbol of sorrow, mourning
and even immortality. Willows evoke protection, movement and surrender.”

“If I die next week,” says Pante, “My husband knows I have a Heart Will. I have a list of people I want to receive it. I’d like them to use their judgment to read from it at my end-of-life ritual.”

The document answers questions, she says, like: What do I want to be known for? What do I stand for? What’s important to me?

“It’s allowed me to incorporate that into my life now and to recognize that’s what I want, so that changes how I carry on my day-to-day activities today,” says Pante.

It can be an emotional experience participating in the workshops, they admit. But it is also an intimate setting where humour has a place.

“There definitely are tears — and there is laughter,” says Lazar. “We laugh as hard as we cry, I’d say.”