Fairview: 'Smoking man' hopes to smoke the competition on skis 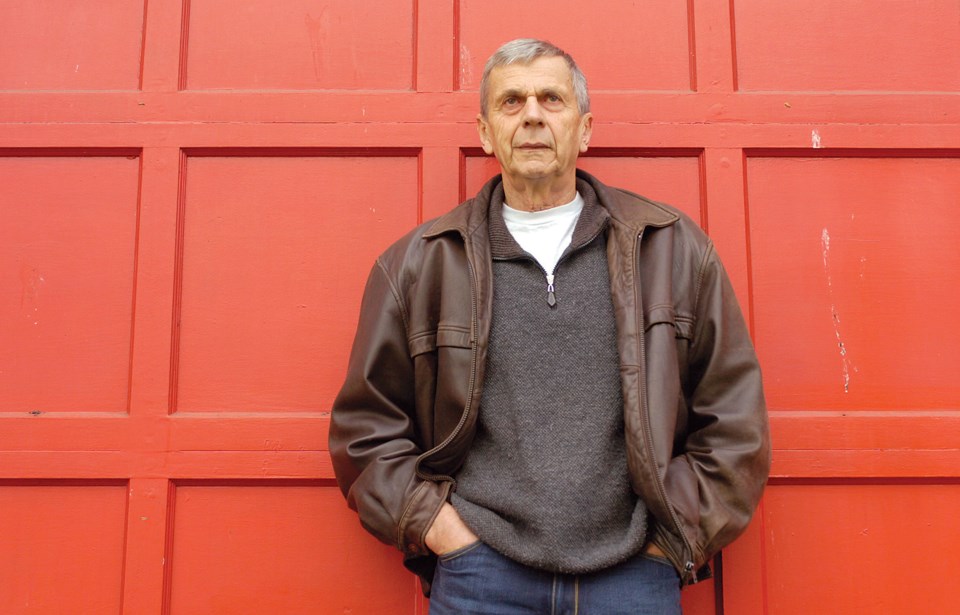 Actor William B. Davis has not lost his sense of humour. When asked, via email, if an interview with the Courier could possibly be conducted in a darkened parking lot, he suggested the underground parkade of his Fairview apartment building might work.

In his years-long role as the “Smoking Man” or “Cancer Man” on the cult classic X-Files TV series, Davis was famous for lurking in dark areas while chain smoking. His character was also famous for often plotting against the fictional FBI special agents, Fox Mulder and Dana Scully, who were dedicated to exploring paranormal activity.

In reality, Davis has been a non-smoker since the 1970s and through the course of the series puffed on herbal cigarettes instead of the real thing.

“They’re not addictive at all,” said Davis. “And they taste so awful there’s no way I would go out and buy a package after filming.”

Davis has lived in Fairview for almost three years but spends much his time in the south of France, where his wife Emmanuelle Herpin lives and works as director of finance for the City of Hyères. Davis has two adult children from a previous marriage, one who works as a cardiologist and another who heads up her own dance school in Philadelphia, through which she travels to Africa to work with orphans.

Davis’s own passion these days concerns climate change, which is one of the reasons he backed his friend and fellow NDPer George Heyman in the last provincial election. Heyman was elected as MLA for Vancouver Fairview last May.

“But I’d vote for the Tories if they were tackling climate change,” said Davis.

The actor established the William Davis Centre for Actors’ Study in 1989, today located within the VanArts building on Dunsmuir Street. Theatre is another of Davis’s passions and he chronicles his love of the craft in a book aptly titled Where There’s Smoke...: Musings of a Cigarette Smoking Man, a Memoir. The book also provides an in-depth look into Davis’s life and his journey from the “main stage to the mainstream.”

A little-known fact about the actor is his love for waterskiing. Several years ago Davis was the Canadian national champion and record holder for men’s waterskiing ages 65-70. It’s an achievement he wants to repeat this year.

“My plan is to compete this year in my new age category,” said Davis, 76. “I think my chances of winning the national championship again are pretty good.”