Most days, the outdoor pathway between the family activity room at Britannia Community Centre and Gym D is the kind of non-descript space one would expect to find between two buildings.

But on Sunday it was the site of the lively Corn Festival, which celebrated its 12th year with music, dancing and a row of temporary kitchens and stoves under tents cooking up all things corn. Women expertly folded together Guatemalan pork tamales, festival-goers made the excruciating decision between a Mexican carnita (fried pork marinated in orange juice) and a birria (beef baked and marinated in dry chilies) and much finger-smacking after devouring traditional Salvadorian deserts filled the air.

The Corn Festival, hosted by the Canada El Salvador Action Network and the Grandview Woodland Food Connection, is also called by its Spanish translation — Festival Del Maiz. Corn is often referred to as maize, which is derived from the indigenous Taíno word for the maiz plant. Maize was developed from a wild grass that grew in Central America 7,000 years ago, and Native Americans transformed the kernels through special cultivation techniques. North Americans are familiar with sweet corn, but it is hopeless for making tortillas and other Latin American staples, which instead rely on the coarser pinto corn and white corn.

“Corn is like the Canadian wheat for Latin America. It’s a staple,” said Corn Festival organizer Gayle Robinson. “This festival means community, big-time community. It’s getting people together who may not see each other more than once a year, sharing recipes, finding out about new food like pastel de choclo, corn pie. It’s like our shepherd’s pie but instead of potatoes, it’s crushed corn.”

Robinson has been involved with the Corn Festival since its humble beginnings in a church. Her introduction to Vancouver’s Latin American community came by chance when she was carrying photography gear for a boyfriend, who was covering a celebration of life at the Vancouver Art Gallery in 1981 for Oscar Romero, an El Salvadorian archbishop who had been assassinated at the altar the previous year while imploring soldiers to stop killing civilians.

“It wasn’t a demonstration per se, it was commemorating a life — openly. I was so impressed, they were so open about it and these are people who had to move from El Salvador all throughout the 1980s for fear of persecution [during the El Salvadoran civil war],” recalled Robinson. “I was hooked on the warmth and openness of Latin culture.” 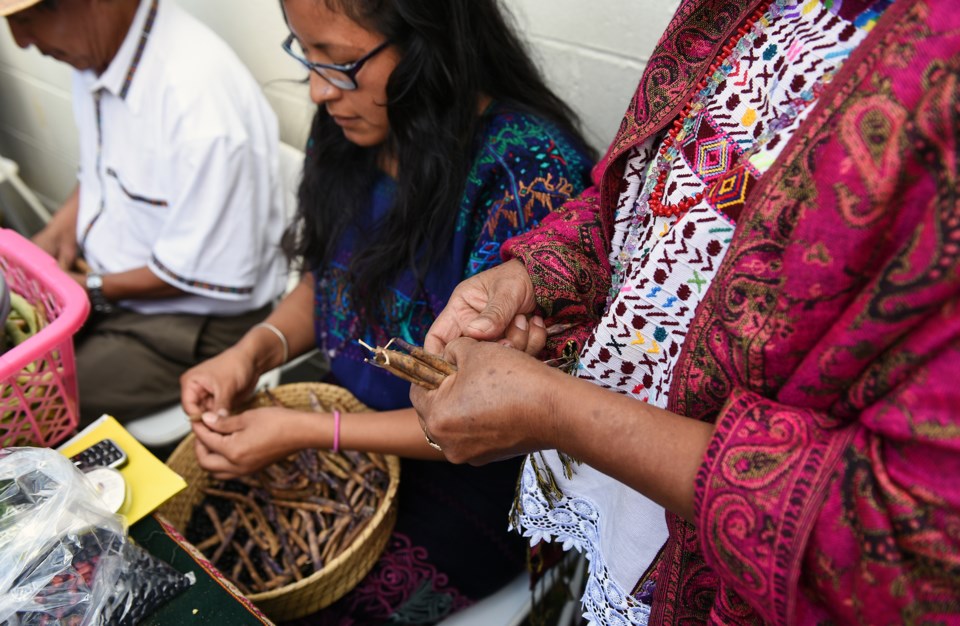 Also fleeing home during the same decade were Mayan families who escaped Guatemala because of the scorched earth military operation that targeted the country’s indigenous communities. While the majority of Mayans fled to Mexico, a few landed in British Columbia, and five of those families started the Maya in Exile Garden at the University of British Columbia farm in 1986. A sampling of the garden’s crops — corn, beans and squash, considered the three “sisters” of the Mayan diet — were on colourful display at the Corn Festival.

“Even though these people have been through so many things, they still stand up and have food festivals,” said Robinson. “This is the community basically coming together, and eating.” 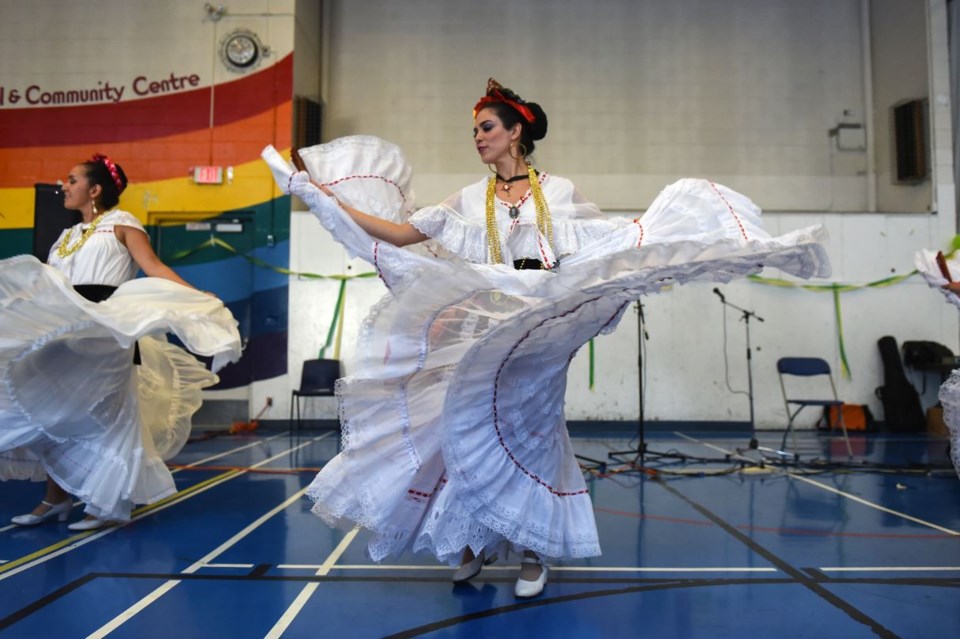 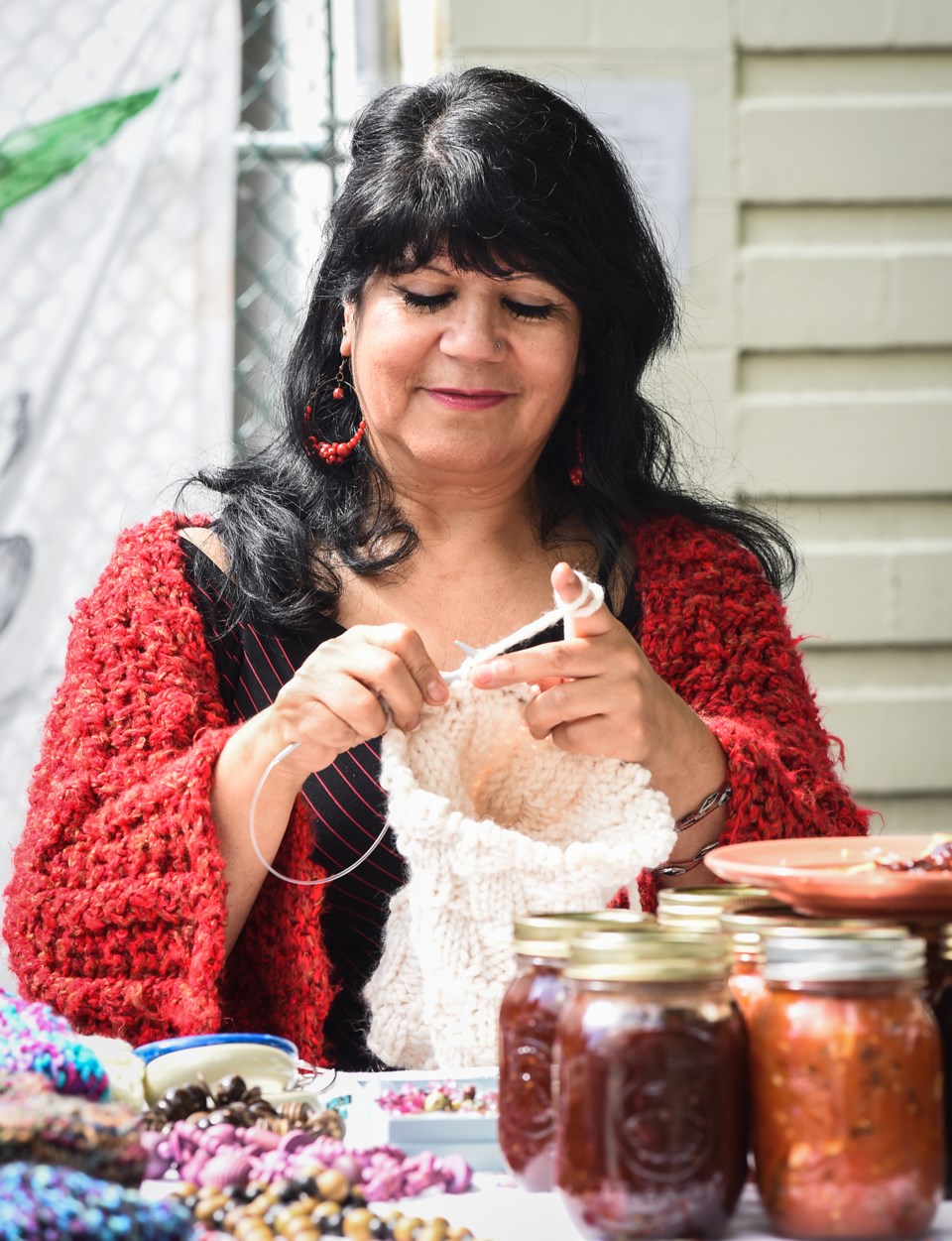 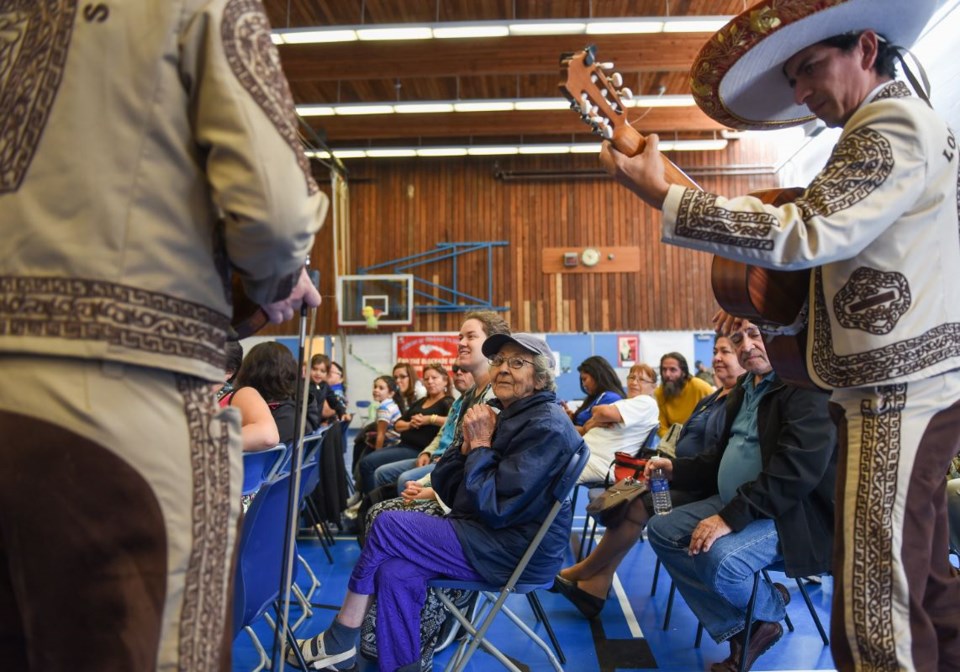