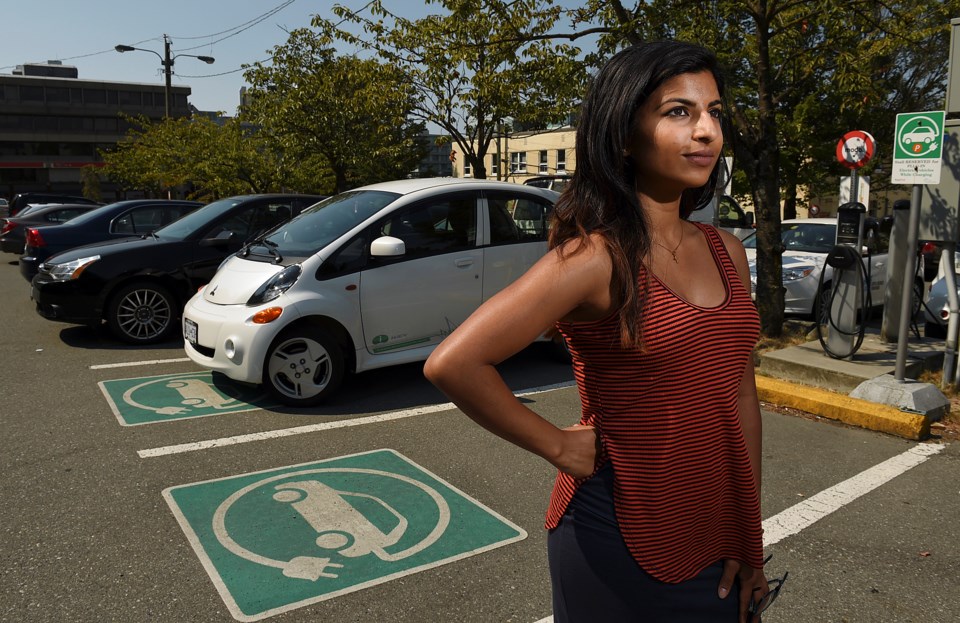 Anjali Appadurai is part of a cadre of young people selected to participate in the first Fossil Free Faith youth fellowship program, which is being piloted in B.C. Photo Dan Toulgoet

Over the weekend, the United Church of Canada voted to divest from fossil fuels. That means the church will sell off close to $6 million in holdings, a bit less than five per cent of its investments.

The move was a victory for Vancouverite Christine Boyle, a member of the church’s general council and co-founder of Fossil Free Faith.

While Boyle’s primary efforts have been in her United Church, Fossil Free Faith is an initiative to unite people of all religions to address the climate challenges created by fossil fuels. The goal is to convince religious institutions — many of which have financial holdings, trusts and pension funds — to get fossil fuels out of their portfolios, just as many have already divested from tobacco and firearms.

For Boyle, climate and social justice are inextricable.

“In Canada and globally, the biggest impacts of climate change have been on marginalized communities, both aboriginal communities in Canada and vulnerable communities across the world,” she says. “In my upbringing in the church, I was taught that justice for everyone is a faith value, it’s a Christian value. So seeing the impact climate change is having, particularly on vulnerable people, made it come to life for me in a way that it hadn’t when I was thinking of climate as a sort of polar bears and plants kind of an issue.”

Anjali Appadurai is part of a cadre of young people selected to participate in the first Fossil Free Faith youth fellowship program, which is being piloted in B.C. Raised in the small Christian minority community of south India, Appadurai views religion as a key to connecting people to causes.

Talia Martz-Oberlander, a student at Quest University, is also part of the cohort. She sees her Jewish tradition as “a call to live life in a just way… so treating people around us with justice and respect and then, beyond our own species, thinking about our contemporary and long-term impact.”

Maisaloon Al-Ashkar, another young participant, is travelling in Europe but said by email that, as a Muslim Palestinian woman, climate justice is interconnected with her faith and cultural identity.

“Islam means peace in Arabic,” she says. “It’s the faith that taught me that nature and its intricate beauty is a reflection of Allah (God), and to protect this sacred bond, it’s my responsibility to respect and honor Allah’s creation, which I personally strive to do through climate justice. As a displaced Palestinian whose grandparents were refugees that experienced extreme hardships, the climate crisis hits close to home, as many refugees are facing that same reality due to this climate crisis… I see climate justice activism as an avenue through which I can apply my faith and heritage to matters that ultimately impact the wellbeing of everything I love.”

Jason Wood spends his days working at the Downtown Eastside’s Sole Food Farms, which turns vacant inner-city properties into fruitful gardens. He’s also part of a hands-on Christian outreach group in the neighbourhood, Servants Vancouver, and is another of the Fossil Free Faith fellows.

“As a Christian, my understanding of the biblical story is that, from the very beginning, we are put into a garden to take care of it,” he says. “On a very basic level, God created us to take care of and tend the planet with care and love and our current systems and use of fossil fuels don’t seem to be doing a very good job of that.”

As far as tangible victories, the decision by Canada’s largest Protestant denomination over the weekend is a big one. But even as she is savouring that success in her own church, Boyle says it is fundamentally Canadian that the movement cross faith and cultural lines.

“In Canada, there’s a big emphasis on cultural diversity and our social contract, so for that reason I think it has more value between people that it’s a multi-faith conversation,” she says. “And I think it’s important because one of the key things that we emphasize is that we’re all in this together, we’re all connected and that’s why it’s a religious issue and that was echoed in the Pope’s encyclical recently and it’s echoed in a lot of the conversations we have within different faith traditions. I think it’s strengthened when that conversation is shared between faith communities.”