Musqueam: Student keeps eye on the prize — a Dogwood diploma

In many ways Brianna Sparrow is your average 17-year-old high school student. She likes listening to Rihanna, spends a lot of time on her iPhone and loves murder mysteries.
Sep 26, 2013 2:33 PM By: Jennifer Thuncher 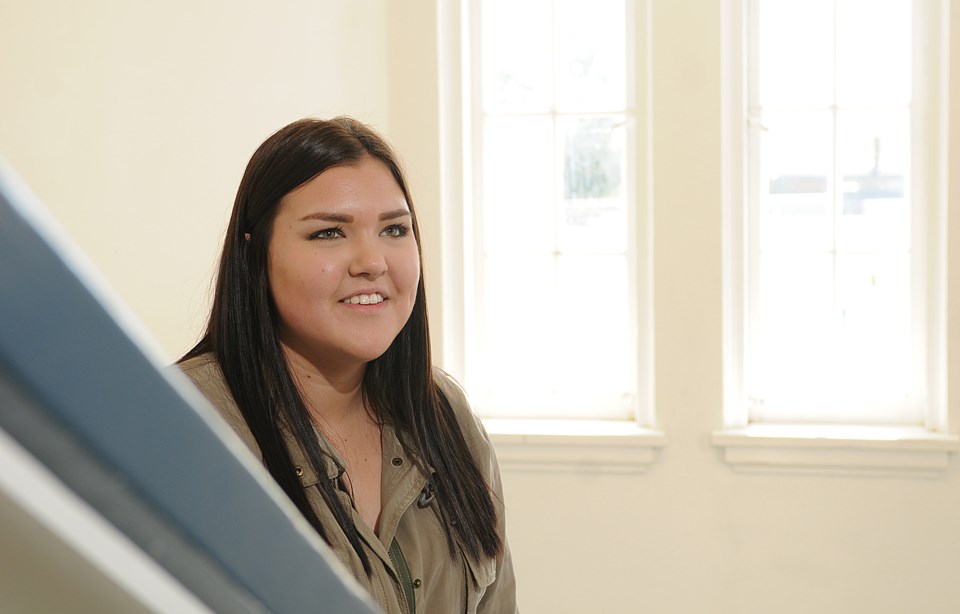 Brianna Sparrow says living on the Musqueam reserve gives her a sense of comfort and belonging. Photo: Dan Toulgoet

In many ways Brianna Sparrow is your average 17-year-old high school student. She likes listening to Rihanna, spends a lot of time on her iPhone and loves murder mysteries. But Brianna is not your average aboriginal student in Vancouver because, unlike the majority of her First Nations peers, she is set to graduate this year.


According to the most recent Vancouver School Board statistics, for the 2010 to 2011 school year only 32.1 per cent of aboriginal youth achieved their Dogwood Diploma. The number of aboriginal grads has steadily improved over the years, but it’s well below the non-aboriginal average of 82.5 per cent.


The niece of Musqueam Chief Wayne Sparrow, Brianna said her family has always stressed the importance of education. “Before, with my parents’ generation, my father dropped out of school in Grade 8 and then he was a fisherman and that is how he made his living, but now you need to graduate to get a job,” she said by phone from her home on the Musqueam reserve.


Her older brother Bryan is studying journalism at Ryerson University in Toronto and set a precedent for Brianna of continuing with education.


Asked what advice she would give to youth who may be struggling in school she is quick to answer. “You just need to push through it and get finished because then your life will get a lot better after, once you are done school.”


Brianna said while she thinks she would do just as well no matter where she lived, she credits living on the reserve with giving her a sense of comfort and belonging.
“Everybody knows everybody so I don’t feel like I am left out,” she said.


Sometimes Brianna finds herself explaining what life is like on Musqueam to kids at her Point Grey Secondary school. She said she has never faced any racism from her peers, but has been asked some funny questions that show not everyone understands life on the reserve.


“I have been asked if I live in a teepee or hut,” she said with a laugh. She said she explains the reserve is just like any other neighbourhood.


While she is doing well now, she said school hasn’t always been easy for her. She has Type 1 diabetes and her condition has kept her away from school, sometimes for months at a time. Her ability to catch up with missed work is due to the understanding and support of her aboriginal resource teacher, and extensions her teachers have given her, she said.
Brianna plans to attend Langara after graduation to take courses in special education support so she can work in a school helping students with special needs. “I love working with children,” she said.
thuncher@shaw.ca