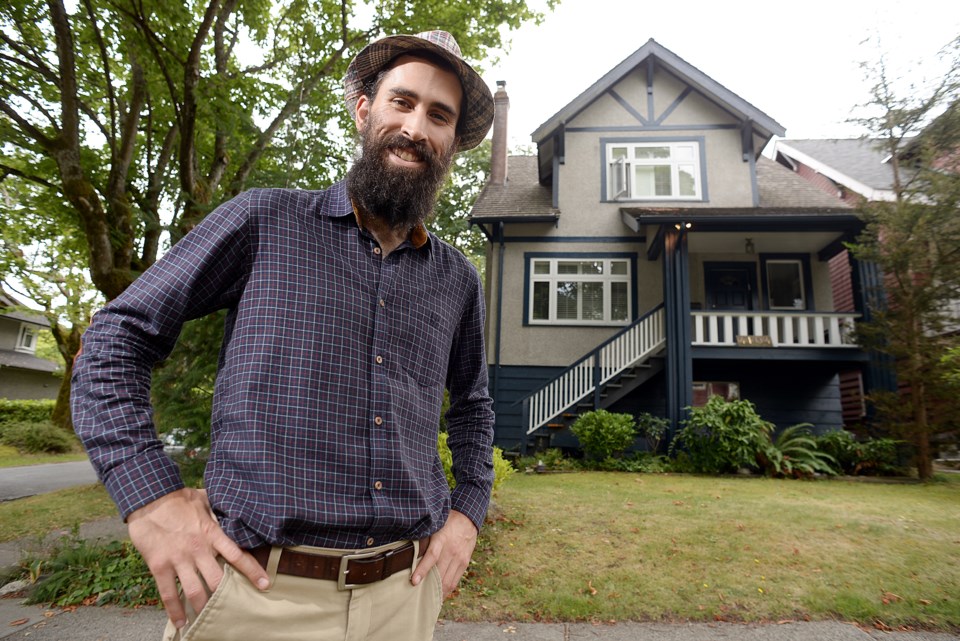 Thanks mostly to migration from across Canada and elsewhere, Vancouver’s Jewish community is one of the fastest growing in North America. But studies indicate the overall number of people engaged with Jewish institutions in North America is declining.

Community leaders have especially struggled to keep young Jews involved in the community after university and before the lifecycle events of marriage and family tend to bring some back into the fold.

Numerous groups have sprung up in recent years, with varying degrees of success, to encourage Jewish 20-somethings to continue seamlessly in their cultural and religious identity. One of the more innovative is Moishe House.

The Moishe House Foundation, based in California, encourages small groups of young Jews around the world to create cooperative housing with a few permanent residents who organize regular events for their peers — a sort of micro-community centre for Jewish young adults. In exchange, they receive funding that offsets some of the rent and helps fund the programs.

Behind the pleasant but otherwise nondescript façade of a house in West Point Grey is Vancouver’s Moishe House. This is the only one of its kind in Canada, but it joins a network of 63 houses in 14 countries.

Rael Katz, born in South Africa and raised in Richmond, lived in the Moishe House for two of its three years and helped find the current house when the group decided to move from East Vancouver last year. (He recently moved to Calgary to continue his studies. In fact, two of the four residents I met during a garage sale and clothing exchange just a few weeks ago have already moved on, replaced with new members.)

Every Moishe House is different, says Katz, depending on the interests of its founders and residents. Vancouver’s tends to draw young professionals.
House rules — like whether to keep a kosher kitchen — are up to residents. This house falls somewhere in the middle on that issue, prohibiting non-kosher meat, but not enforcing strict separation of meat from dairy.

The house hosts five or six events a month, including at least one Shabbat (Sabbath) meal, holiday celebrations, learning sessions, social events, and volunteering, including at a community garden and a Downtown Eastside soup kitchen.

Their funding comes from the local Jewish Federation, an umbrella community agency, but that’s different for every house. And, while the four residents get half their rent covered, that proportion could increase if they upped the number of monthly events.

“Basically we put on events for our community,” says Katz. “It’s a community of 20s, 30s Jewish and Jewish-friendly young adults. It doesn’t necessarily have to be a Jewish event, it’s more like an event for Jews.”

Asked if this is a glorified Jewish frat house, one resident laughed.

“It’s the most boring frat house in the country,” says Yszi Hawkings. “I think most of us are asleep by 10.”

The Moishe House movement is Jewishly non-denominational and the sprawling spectrum of Jewish observance could hardly be better represented than at the Vancouver house. Katz’s South African Jewish heritage is a sort of liberal Orthodoxy.

Hawkings, who has also just moved out, relocating to Toronto, grew up in Britain’s Liberal Judaism stream, which recognizes patrilineal descent, ordains female rabbis and is big on LGBT rights.

Then there are the two remaining residents — Ben Groberman and Yoni Dayan.

Groberman grew up in a Jewish household in Vancouver, attended Jewish schools and has always been involved in Jewish life. But recently he has begun a more religious lifestyle, moving toward greater observance of kosher laws and studying intensively with rabbis. How far along is he in his studies?

Dayan is on a different journey. Raised in Vancouver by an Israeli mother and an Egyptian father, Dayan recently returned from Israel, where he served in the Israel Defence Forces and then worked as an editor with the Jerusalem Post newspaper. Now he is in the MBA program at UBC.

He refers to himself as a cultural Jew who is an atheist.

“I feel a very strong connection to the Jewish people,” he says. “We are a nation and I feel solidarity with that nation. But in terms of the religious practice of the Jewish people, I feel completely disconnected. I don’t believe in any of it.”

Dayan says the house is an ideal place for Jewish or Jewishly interested people to connect with the community in a non-threatening way.