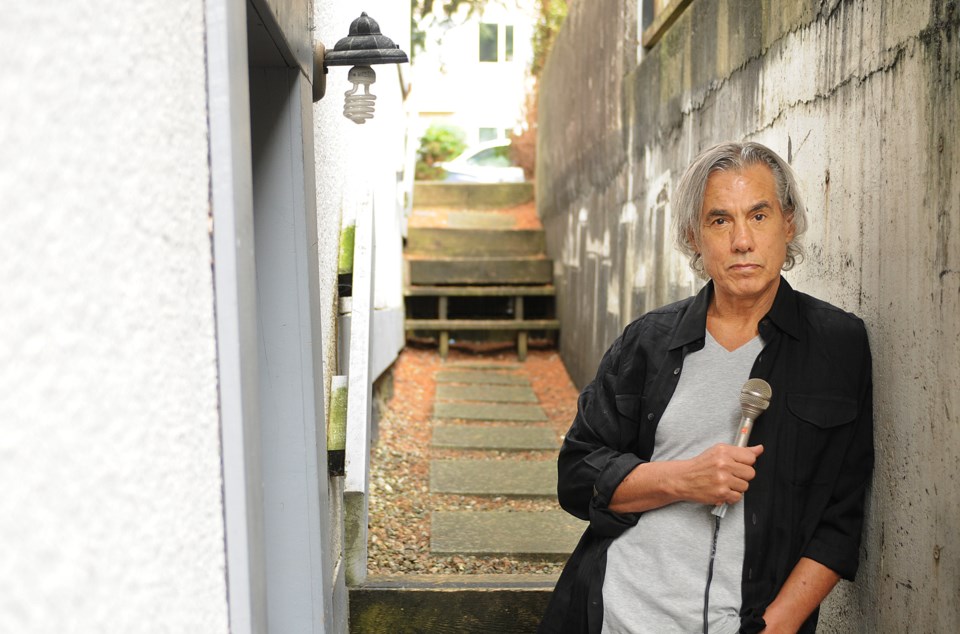 Alan Clements: “Without peace, we are in hell. And if it doesn’t come soon I think we’re doomed.” Photo Dan Toulgoet

For 20 years, Alan Clements has lived in Vancouver, which is pretty tame compared with the earlier part of his life. Disenchanted with the American “war machine,” he quit the University of Virginia and, instead of returning to his hometown of Boston, went to Burma, where he became one of the first Westerners ordained as a Buddhist monk there.

“I went there as a young man in the late ‘70s, before it was a career move for people to get involved in mindfulness and meditation,” he says.

While Clements was spending 20 hours a day in meditation, a man by the name of Tin Oo was completing an 11-year sentence of solitary confinement. General Tin Oo had been commander-in-chief of Burma’s armed forces until 1976, when he was forced out and accused of involvement in an attempted coup. Released from prison, he retreated to the monastery where Clements was engaged in his introspective practice.

“He got a room next to mine and for the next year he shared with me what it meant to live under dictatorship, which I had no real clue about, what totalitarian structures look like,” he says. Tin Oo would go on to become a leader to this day in the democracy movement led by Aung San Suu Kyi, and Clements would become a deeply politicized democracy and human rights advocate.

Clements spent the better part of a decade in Burma before, in 1988, the junta threw him out of the country, no explanation. Shortly after he left, pro-democracy demonstrations were crushed by the military, with thousands killed.

Though banned from the country, Clements returned surreptitiously and went underground.

“It was just walking back into a full-scale bloodbath. It was just scorching earth technique and the country was, as the BBC described it, a country of 40 million hostages,” he says. “Most of the students who had led that revolution fled to the jungles.”

His first book, Burma: The Next Killing Fields? was the product of his two months spent underground with the rebels. He would go on to co-author a book with Suu Kyi and last year, after he was permitted legal entry to the country again as a result of liberalizations there, he returned for three months with a filmmaker, interviewing close to 200 political prisoners.

In the intervening years, Clements (who now calls himself a “recovering Buddhist”) taught meditation and mindfulness training. A participant in his classes invited him to speak to United Nations staff and NGOs in the former Yugoslavia while that country’s bloody civil wars were raging. Seeing the genocidal intents in the Balkans, and given his experiences in Burma, Clements expanded his pursuits further.

He began to study the confluences of faith, ideology, hysteria, hate, fear, greed and delusion that allow men and women to “feel joyous in murdering people.”

“I’ve had the unfortunate blessing to be in several cultures and to see the absence of human rights,” he says. “How can we decode this proclivity for aggression? What is it in the human mind and the human heart, in our dharma, in our spirituality, that will lessen my proclivity for self-righteousness, blame, judgment and violence? That’s the core of it. Without peace, we are in hell. And if it doesn’t come soon I think we’re doomed.”

Meanwhile, Clements reassessed his time spent in the monastery.

“My monastic career was so dysfunctional that the pursuit of spirituality in many ways screwed me up more than I already was before I went into the monastery,” he says. “I came out of the monastery much more addicted than when I went in — addicted to cigarettes, addicted to alcohol, six years on Prozac. When I went to a war zone, [I] had no ability to stand up to the vicissitudes of day-to-day life that people were subjected to in war zones.

There is no preparation in a monastery for the crisis of real life.”

Tomorrow night (Sept. 27), Clements will present his performance “Spiritually Incorrect: In Defense of Being Human” on Granville Island’s Revue Stage. The event benefits the Burma Project International, which seeks reform of that country’s military constitution, which, among other things, prevents Suu Kyi from running for president.

Before his daughter was born seven years ago, Clements had performed nearly 200 times worldwide what he calls “activist entertainment,” an unscripted, spoken-word event that somewhat reflects the Burmese tradition of Ah Nyeint, a mix of (often dangerous) political and social satire, humor and song.

Despite the theme, Clements promises the event will offer a few side-splitting moments, in keeping with the Bill Maher-inflected title.

“My number one goal here is to make people feel really, really good about themselves … to embrace more of our broken human wholeness,” he says.

His message in a nutshell?

“Respecting diversity is the road of peace,” he says. “The absence of diversity is genocide, totalitarianism and the homogenization of consciousness. End of story.”