Those not privileged to live in the area known as “First Shaughnessy” may wonder how it earned that moniker. It’s so named because it’s the first CPR-developed subdivision, which stretches between 16th and 25th between Oak and East Boulevard.
Feb 15, 2013 2:00 AM By: Naoibh O'connor 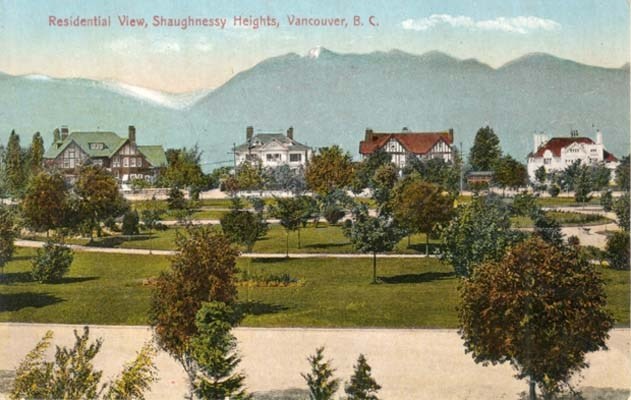 Those not privileged to live in the area known as “First Shaughnessy” may wonder how it earned that moniker. It’s so named because it’s the first CPR-developed subdivision, which stretches between 16th and 25th between Oak and East Boulevard.

“In 1908, the entire area was stripped bare, so every tree that grows in Shaughnessy is no older than 104 years old and [the CPR] sold it because the West End was being built out and they promoted it as the next up-and-coming area,” explained heritage advocate Richard Keate, Vancouver Heritage Commission chair.

In 1982, due to its historical importance, the First Shaughnessy Official Development Plan was enacted to preserve the area’s “pre-1940 estate image and single-family character while allowing change,” according to the city website.

The 14-person First Shaughnessy Advisory Design Panel, which includes residents and representatives from various interest groups, has since advised city council, the development permit board and the director of planning on design issues aimed at preserving its special character.

The panel is authorized to make recommendations, but it doesn’t have the authority to approve or refuse projects or make policy decisions.

Keate, a former chair of the panel, said First Shaughnessy is the city’s only heritage character area and for many years was the only area for which new buildings had to go through a design panel process. While First Shaughnessy will likely never be home to highrises, it’s the first neighbourhood to get density, according to Keate.

“The problem was there were all these big houses and there would be two elderly people and maybe a housekeeper in a 6,000-square-foot mansion and it was coming down around their ears,” he said. “Basically, people wanted to save the house and especially the landscape around it.”

Zoning allows for owners of properties of certain sizes to covert large houses into as many as four 1,600-square-foot-plus suites and, if there’s enough land, one or more infills.

Although the overall development plan is intended to protect and preserve pre-1940s meritorious houses, it raises the debate about what’s considered meritorious.

Applicants can argue a house is derelict and can’t be saved. Keate noted 50 out of 359 houses that should have qualified as meritorious based on the Shaughnessy Architectural and Landscape Inventory have been lost to demolition since 1982. Six were knocked down between 1982 and 1994.

“Then, someone legally challenged whether or not they could tear down houses and the [city’s] legal department, being conservative, said, well as a matter of fact, you can. We don’t endorse that, but you can, so the floodgates opened and we’ve seen so many more demolitions,” he explained.