Shaughnessy: Neighbourhood by the Numbers 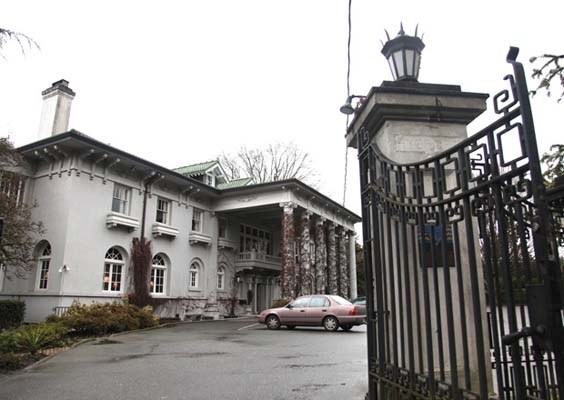 1962: Year the University Women's Club, founded in 1907, purchased the then-vacant Hycroft, a Shaughnessy mansion built between 1909 and 1910.Jason Lang

50: Down payment (in dollars) required to buy a lot in Shaughnessy Heights in 1909. Total cost of a lot offered by realtors Trites & Leslie was $450, with payments over 18 months.

255,000: Individual plants, from as far away as the Himalayas and South Africa, in the 22-hectare (55-acre) VanDusen Botanical Garden, which opened in 1975 on the site of the former Shaughnessy Golf and Country Club.

1,200: Men hired by the CPR to clear and service First Shaughnessy from 1907 to 1909. They felled trees, installed macadamized roads and cement sidewalks, hauled sand and gravel by horse-drawn waggon, built water and sewer systems and installed electric wires.

51.5: Percentage of the houses in Shaughnessy were built before 1946. Three Shaughnessy houses were mentioned in the 2012 endangered list of Heritage Vancouver: a 1910 mansion on Hudson Street with intact period interiors; a 1910 Tudor revival mansion on Marpole Avenue; and a 1920 home on Connaught Drive designed by architects Samuel Maclure and Ross Lort.

27.8: Percentage of residents with Chinese as their first language. Another 59.4% of Shaughnessy residents have English as their mother tongue. At Shaughnessy Elementary (which the Fraser Institute ranked 81st out of 860 B.C. elementary schools in 2010-11), 30.6% of the enrolment are ESL students.

5,000: Minimum amount (in dollars) a buyer of a property in Shaughnessy in 1909 had to spend on building a house on their lot, according to building restrictions imposed by the Canadian Pacific Railway, which developed Shaughnessy.

70.5: Percentage of the housing in Shaughnessy is single-family detached homes. West of Granville Street, apartments comprise just 12.3% of the housing stock, one of the lowest percentages in Vancouver, according to 206 Census data. The average for Metro Vancouver was 53.4% apartments.

350: Volunteers at Canuck Place, a hospice that provides palliative care to sick children. Founded in the 16,000-square-foot Glen Brae Manor heritage home, which the City of Vancouver leases to Canuck Place for $1 per year. Opened in 1995, the hospice can accommodate up to nine patients.

1962: Year the University Womens Club, founded in 1907, purchased the then-vacant Hycroft, a Shaughnessy mansion built between 1909 and 1910. The clubs approximately 400 members were educated at more than 110 universities worldwide.