Construction is ongoing and new businesses are popping up, but Wesbrook Village at the edge of UBC is already seeing a community grow and for more than just students.
Aug 29, 2014 1:51 PM By: Christopher Cheung
Previous Next
1 / 1 Brennan Cuff opened the University Barbershop in Wesbrook Village in February 2013. He used to live near the university and saw the community's potential for growth. Photo Dan Toulgoet
Expand
Previous Next

Construction is ongoing and new businesses are popping up, but Wesbrook Village at the edge of UBC is already seeing a community grow and for more than just students.

“I have one client who is three years old and one who is 93,” said Brennan Cuff, owner of the University Barbershop that opened February 2013.

Wesbrook Village, a collection of residences, shops and services, opened in 2009 and its main entrance is at Wesbrook Mall and West 16th. It is home to a Save-on-Foods, a seafood market, a Royal Bank, B.C. liquor store, a variety of restaurants and health services. Biercraft and Doughgirls Comfort Kitchen and Bakery are set to open this fall.

The village’s population is 3,750 with 12,500 expected by UBC Properties Trust upon the completion of the community in the next 10 to 12 years. About a third of the community is built or committed for development.

Cuff used to live near the university and saw the potential of the location. “You’re in a perfectly supported little getaway that has the best of everything,” he said. “It’s got the ocean, it’s got beaches, it has urban living, there are amenities… By design, there’s one of everything.”

Wolton opened the Hot Box Yoga on July 1 to fill the spot of the community yoga studio, noticing that many were leaving campus for Kitsilano to find one. She loves being next to the forest and called the studio a “treehouse”.

But the village is starting to get too busy for some. Linda Yap moved into a quieter village three years ago with her husband and daughter.

“It’s convenient for grocery shopping but the village itself is getting too densely populated and there’s too much traffic,” said Yap.

Buses did not run through the village until April 2012 when the number 41 was permanently rerouted by TransLink to turn from Southwest Marine Drive into Wesbrook Mall rather than West 16th.

“We’re seeing the awareness and traffic pick up,” said Ashley Willard Bauman, director of strategies and marketing at UBC Properties Trust. “It’s not Yaletown, it’s not crowded to that extent, but any given time of the day there is just a nice feeling of vibrancy.”

“If it used to be a secret, the secret’s getting out, and that has only made it better,” said Cuff. “It’s not like everyone knows about it then it’s not as good.”

With activities year round including an annual festival in September and holiday celebrations during Halloween, Christmas and even the Lunar New Year, Wesbrook Village is drawing residents to join in community.

“Vancouver gets a reputation for being an unfriendly place,” said Cuff. “Wesbrook Village does not fit that image.” 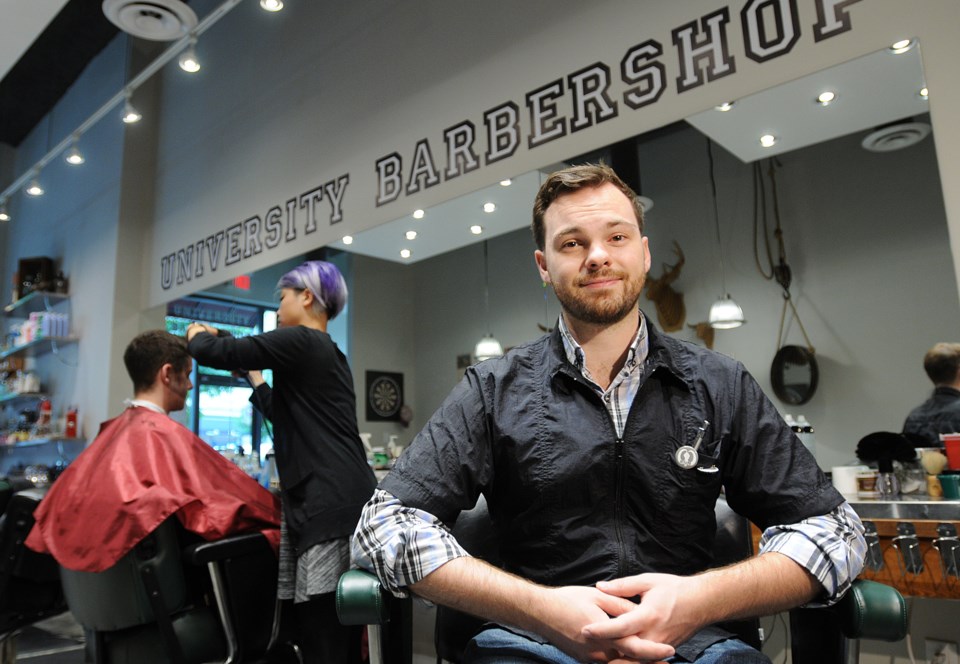