Vancouver Special: A columnist's journey across the city

Since I first arrived in Vancouver in the fall of 91, I have loaded up a moving truck 10 times, thrown my back out three times, given birth twice and got married once.
Jan 16, 2013 2:00 AM By: Fiona Hughes 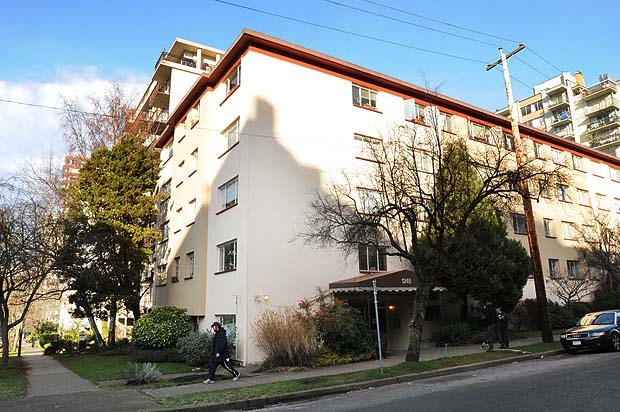 Nicola: Fiona Hughes lived in this apartment at 1245 Nicola St., two blocks from English Bay where she regularly basked in the sunshine.Dan Toulgoet

Since I first arrived in Vancouver in the fall of 91, I have loaded up a moving truck 10 times, thrown my back out three times, given birth twice and got married once. My transient life took me took me to apartments or house share situations in East Hastings, the West End, West Point Grey, Riley Park, Mount Pleasant and Kensington Cedar Cottage.

(The moves are bookended by three months in North Vancouver and my current home, which is also on the North Shore, where I have been since 2008.)

I share my peripatetic history as a precursor to a wonderful year-long series the Courier launches on Friday: Vancouver Special A journey through our citys neighbourhoods.

We live in a city of diverse and fascinating neighbourhoods, but it is also a city of often isolated neighbourhoods (affluent Shaughnessy strikes me as a lonely place to live) that either know little about one another or seldom see their own community fully represented in the news media. Our goal is to change that sense of isolation by helping Vancouverites learn about their neighbours, from across the street to right across the city. We start Friday by exploring Mount Pleasant.

My neighbourhood history in Vancouver began as a renter of a two-bedroom apartment in a three-storey building with my brother on North Garden Drive, a block off Nanaimo. It was a newer building and I felt lucky. It was clean, warm and safe enough, despite the condoms littering the neighbourhood.

As a newcomer, exploring Vancouver was my goal during the summer of 1992. Each day after driving back from a job in Maple Ridge, I hopped on my bike and cycled through the back lanes of East Hastings, Strathcona and the Downtown Eastside, then through the downtown core, over the Burrard Bridge and out to the beaches of Spanish Banks. Paradise. It was a perfect summer and I fell hard for Vancouver. I was young, single and the sun just kept on shining that summer, leaving me even more loopy in love with this geographically blessed town.

I spent little time in the East Hastings area, however, other than for sleeping and eating. The main commercial district along Hastings depressed me at the time. Everything looked grey and decrepit.

Just over a year into life on North Garden Drive, my brother and I were evicted because of a condo conversion, a trend that picked up steam in the early 90s in Vancouver, followed in the noughts by renovictions. A pain at the time, the toss to the street led me to the remarkable West End where I spent a number of years, first at 1419 Pendrell St., an address familiar to viewers of The X-Files as it was the home of Agent Scully.

I eventually tired of living with my bro (could you wipe off the counter after you make a sandwich already and stop bugging me about who I date?) but not of the West End. I moved into a bright, spacious one-bedroom corner suite on Nicola Street, two short blocks from English Bay where I regularly basked in the sunshine and thanked my lucky stars for living in such a magnificent neighbourhood. My rent was $730. I even got to know my neighbour across the hall (a single mother) and next door (a senior). It was a great building.

I loved the West End, its tree-lined streets and proximity to, well, everything. Though its considered the most densely populated neighbourhood in Canada (45,000 people in 2.04 square kilometres), the West End never feels overcrowded. It feels alive and there is no better ringing endorsement than that.

I left the West End after a few years to save money by sharing a cute, but old, uninsulated, rat-friendly house with a friend in quiet West Point Grey. We didnt know about the rats when we moved in, but we soon heard them in the walls and I was grateful for my roommates bravery in taking charge of the problem. Our landlord was a friendly man who purchased the house years earlier for his university-bound children to be able to live near UBC. Lucky kids. It was a sweet spot. Just up a steep hill from the beach and five blocks from all the handy shops, banks and cafÃ©s along West 10th Avenue. The rent was very reasonable for the pricey neighbourhood. The heating bills were not. I regularly wore a toque to bed in the winter.

I spent 11 months on West Fifth Avenue, cycling almost everywhere, but I didnt spend a great deal of down time in the tony and tidy West Side neighbourhood. Most of my friends lived in a cluster around Main Street, where I seemed to spend a lot of my time. I also discovered a trend I would see again and again most homeowners arent interested in getting to know next-door renters. Despite my efforts, I didnt get to know a single neighbour in those 11 months. The house was eventually sold, torn down and replaced with a much larger home.

More on my journey through Vancouver neighbourhoods next week.