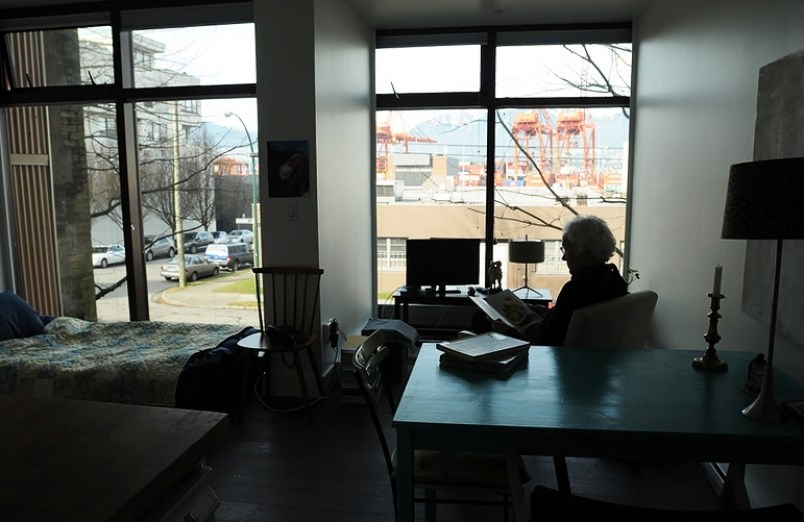 Beyond the Conversation is hosting the Walk to End Social Isolation Sept. 9 with an aim to bring awareness to the issue and help people connect. Photo Dan Toulgoet

Beyond the Conversation founder Amie Peacock has first-hand experience with the effects of social isolation.

In 2001, her mother came to Vancouver from the Philippines. She was visiting with the thought of moving to the city but after just six months she went home.

“She really experienced the isolation and loneliness,” Peacock said, adding that her mother had been very socially connected to her community at home.

She didn’t speak much English and struggled to make new friends and connections in Vancouver, her health declined and she decided to return home.

“It was very isolating for her,” Peacock said. “She had lost something so important to her.”

She said she started looking more at the issue of social isolation and the idea of belonging in 2013 when she volunteered at the UBC learning exchange, helping new Canadians learn English. She said she saw a change after a few months as her students’ language skills started to improve. Peacock said she even challenged her class to volunteer to help others learn English and more than half did.

That experience birthed another idea. In 2015, she started Beyond the Conversation, a non-profit volunteer-led organization aimed at ending social isolation through conversation. The group sets up and facilitates conversation groups with the aim of empowering participants to connect with people in their community.

There are currently 11 conversation groups running at different locations around the city and one in Surrey, with the goal of opening more across the region. As well, Peacock said, the group is also working to deliver presentations around isolation and mental health to high school and post-secondary students.

To further the goal of helping people connect, Peacock and Beyond the Conversation are organizing an event — the Walk to End Social Isolation — Sunday, Sept. 9.

“As they walk, we encourage people to engage,” Peacock said.

Once at the park, there will be entertainment, food trucks, activities and a few people will share their stories.

One such person will be Manjit Thandi, who experienced social isolation after her family moved to Canada from India in the 1950s.

“I found it very difficult to adjust to school,” she said, adding that she suffered due to the language barrier and culture shock.

“It was very difficult and it has affected me. “Some of those memories have left a real scar on me… I just felt I was a loner.”

Even decades later, after marrying and having a family, and dealing with some of the lingering issues through therapy, she said she still struggles when faced with mingling in larger groups of people.

She said that joining Beyond the Conversation has played a big role in helping her feel more confident.

“I find it so much easier to talk with people,” she said, adding that volunteering to help others feeling isolated has helped her as well.

“I need to be able to help people connect.”

For more information, or to register for the Walk to End Social Isolation, visit beyondtheconversation.ca.