What’s the deal with a partridge in a pear tree? 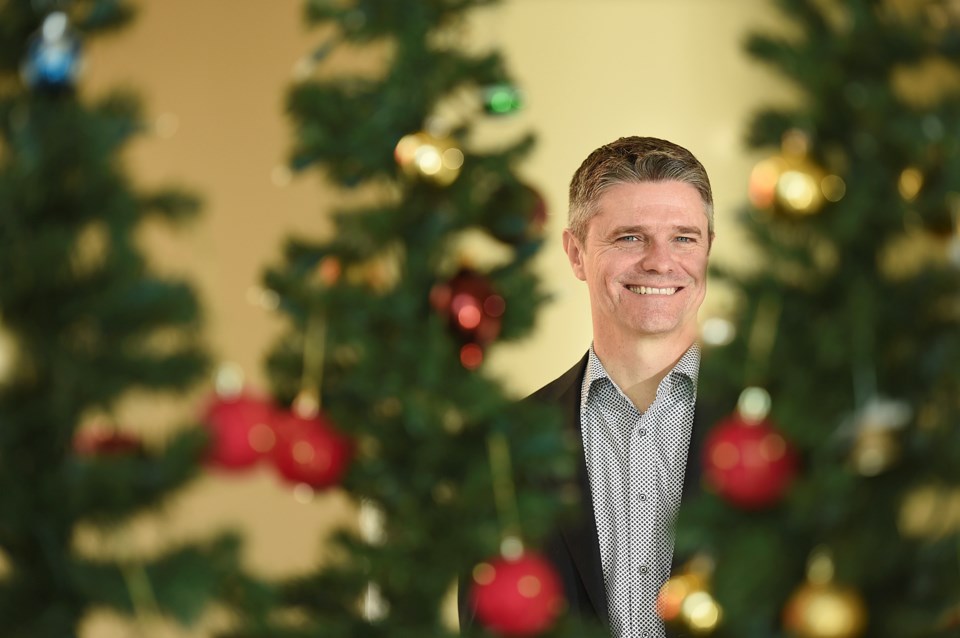 Dr. Paul Spilsbury, academic dean and professor of the New Testament at Regent College, says Christmas, in the church calendar, is a season that lasts 12 days rather than a single day. “It’s a secret we’ve kept from our kids all this time.”Dan Toulgoet

Everyone knows the 12 Days of Christmas song. Few of us know the meaning of the gifts delineated in the somewhat monotonous carol or, in fact, the significance of the 12 days to the story of Jesus’s birth. When I started poking around, I found some deep historical secrets and also an ongoing mix-up that blows the lid off the usual imagery of baby Jesus in the manger.

Let’s start with the facts. I spoke with Dr. Paul Spilsbury, academic dean and professor of the New Testament at Regent College on the UBC campus.

The 12 days of Christmas go from Dec. 25 until Jan. 5. Traditionally, including in my grandmother’s house, the Christmas tree had to come down on or before the 5th, because that was the end of the Christmas season and the beginning of Epiphany.

Usually we think of the first Christmas as the moment the world (in the Christian narrative) realized the saviour had arrived. Not so. That was 12 days later.
Epiphany is the feast associated with the Magi, the Three Wise Men, coming to Jesus, presenting their gifts. It also commemorates the presentation of Jesus in the Temple.

“Epiphany is like the coming out of Jesus,” says Spilsbury. “The manifestation of Jesus to the world.” And here is where much of what you think you know about the manger scene is wrong.

In one gospel, the Magi visit Jesus in a house, not in a manger. In the other, the arrival of Jesus in the manger is met with angels and shepherds, but no wise men.

“Christian tradition has always kind of woven the two stories together and said the one happened first and the other one second or something like that,” says Spilsbury. “In your typical pageant or Christmas card, you often have a scene in which there are wise men in the stable, but if you look at the original stories in the gospel, those are two separate scenes. We’ve kind of mixed them all together… they get kind of coalesced, fused together.”

Mary and Joseph had advance warning that her son was the manifestation of God made flesh. The world, however, became aware of this only on Epiphany — 12 days after Jesus was born. The Three Wise Men represent the awareness of Jesus as the son of God spreading to the larger world.

In traditional Christian churches, especially Anglican and Catholic, there will be fairly strict adherence to the appropriate liturgies of the season. Leading up to Christmas is Advent, a month of spiritual preparation, introspection and repentance. Christmas, which we now know lasts a full 12 days, is associated with a heightened holiness, and then Epiphany is also accompanied by its own traditions.

So that’s what the 12 days of Christmas are all about. Now what about that song?

Between 1558 and 1829, Roman Catholics in England were forbidden from openly practising their religion. In order to inculcate the catechism in their children, Catholics created the song as, basically, a series of mnemonic devices to give kids the broad outline of the Roman Catholic worldview and teachings.

Both “my true love” and the partridge in a pear tree represent Jesus — the partridge because it’s a bird that will sacrifice its life to save its children. Two turtle doves represent the Old and New Testaments. The three French hens are faith, hope and love. Four calling birds are the Gospels of Matthew, Mark, Luke and John. The five golden rings are the Pentateuch, the first five books of the Old Testament and so on, through six days of creation (geese a-laying), seven gifts of the holy spirit (swans a-swimming), eight beatitudes (maids a-milking), nine fruits of the holy spirit (ladies dancing), the 10 commandments (lords a-leaping), 11 faithful apostles (pipers piping) and 12 points of belief in the Apostle’s Creed (drummers drumming). If one understood the song’s underlying meaning, it provided a pretty good skeleton upon which to begin a wider exploration about religious teachings. And it could be sung publicly leaving the Protestant establishment none the wiser.

Have a merry Christmas… all 12 days of it.