Longstanding Terra Breads has a mother like no other

I’ve been to Terra Breads’ café on West Fifth Avenue many times, but I’d never noticed the glass window on the back wall, which offers a peek into Terra’s production space.
Previous Next
1 / 1 Mary Mackay, who’s been with Terra Breads since its inception in 1993, attributes the bakery’s success to three things: the mother, good ingredients and its people. Photo Dan Toulgoet.
Expand
Previous Next

I’ve been to Terra Breads’ café on West Fifth Avenue many times, but I’d never noticed the glass window on the back wall, which offers a peek into Terra’s production space. But today, I’m behind the glass, suited up in a white lab coat and matching hairnet.

My guide is Mary Mackay, who has been with Terra from its inception in 1993. She explains that when Terra Breads first opened in Kitsilano, it was one of the only bakeries making bread primarily with a sourdough starter. It was also one of the few bakeries with an open kitchen concept that allowed customers to see behind the scenes. And, it was one of the first bakeries to include a café attached to its retail space — something we take for granted today.

We enter one of the cooled fermentation rooms — like a narrow walk-in refrigerator — that’s lined on both walls with white plastic tubs. She opens two tall pails, each with a viscous, bubbly liquid in the bottom. These are Terra’s sourdough starters (Mackay calls them the “mother”), and while they smell and taste sour, they’re not overwhelmingly acidic.

The mother is at the heart of it all. Right from the beginning, Terra has eschewed commercial yeast, preferring instead to feed and care for a sourdough starter that incorporates wild yeast and bacteria. Even though it’s expanded to four retail locations, all of the company’s production happens here; it maintains consistency in the starter, and therefore, the end product.

And while this is clearly a manufacturing facility, it doesn’t feel like a factory. For example, a mechanical lift transfers 50 kilograms of levain dough to a benchtop rather than requiring someone to lean into the mixing bowl, but it’s still weighed and portioned by hand. 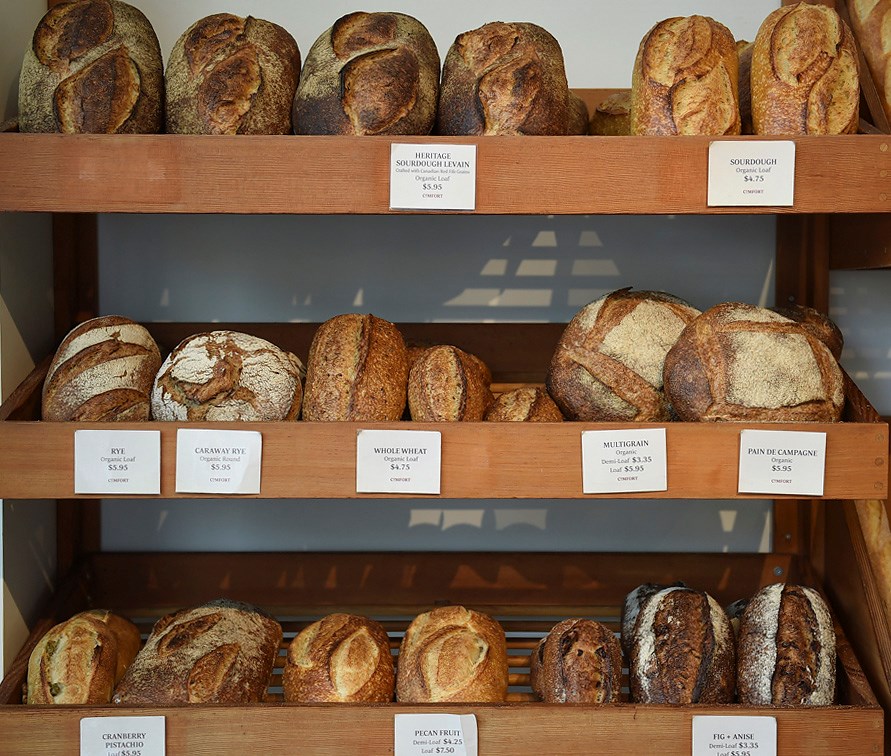 Similarly, there’s still a slow, human approach to Terra’s products. Each loaf ferments for at least three days, going through a carefully choreographed dance of cooling and heating to activate and balance the yeasts and bacteria. Then they’re weighed, hand-shaped onto French linen and proofed before being shipped to each location to be baked.

“Every bread we make is a unique mix. We don’t make a big batch of white dough and fold in some cranberries or some cheese,” says Mackay. “Each bread is its own distinct loaf with different flours that give different flavour profiles and textures.”

The longevity of the staff is clearly a point of pride. Amadeo Limbo, who wrangles the 50 kilograms of levain dough, worked his way up from dishwasher. Over by the ovens, I watch as Tim Vaux, the production manager, transfers burnished boules of campagne bread to a cooling rack using a wooden peel whose surface has been worn into a gentle curve with use. Limbo and Vaux have been with the company for 20 and 22 years, respectively. (I don’t get the pleasure of meeting senior technical baker Shaye Eppel, who has been with the company for 23 years.) 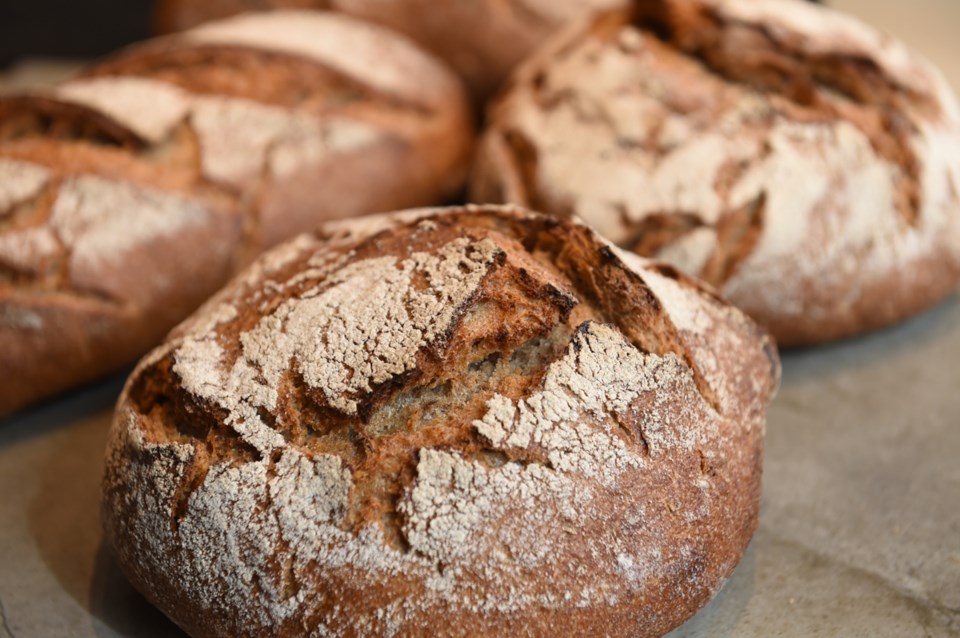 “They become absolute masters at their craft,” says Mackay. “It’s not just the process but the care they put in, the passion. And it’s passed on when new bakers come in, they work and learn side by side with people who have been doing their craft for years.”

It seems a lot of work for a loaf of bread, but the results are self-evident. “You have to go through all the stages to make it extra delicious.”