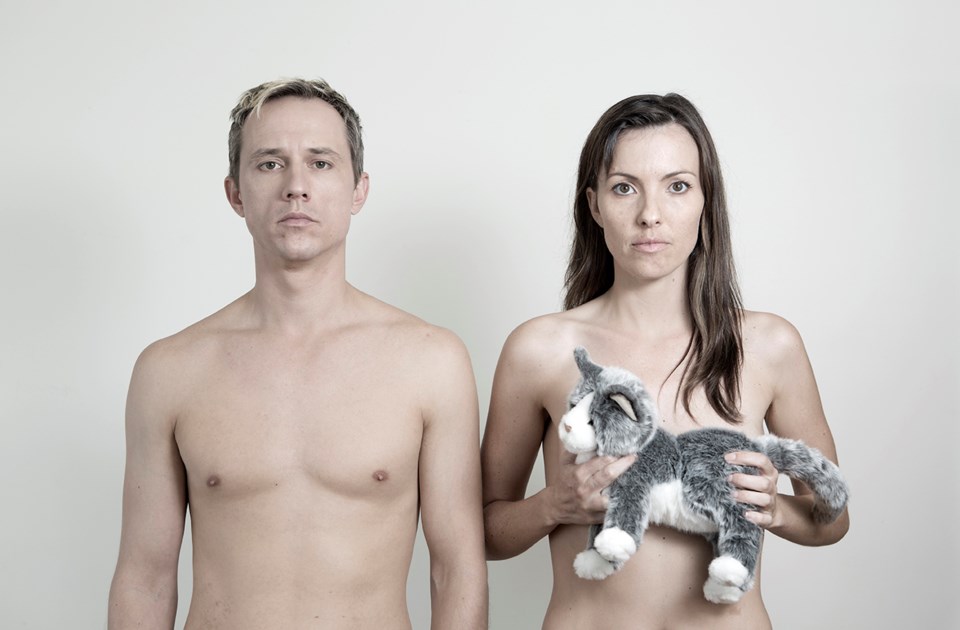 'Little One', starring Daniel Arnold and Marisa Smith at the Firehall Arts Centre, is one of our critic's top picks for 2016.Kaarina Venalainen photo


Apologies to all the shows that this solitary arts writer couldn’t attend, but of the dozens of dances, plays, concerts and art exhibitions that DO make it into my calendar, there were some absolute knockouts. I can’t wait to see what’s coming for 2016, but as the curtain closes on 2015, let’s first take a moment to review the moments that brought me (and my fellow audiences) to our feet this year.

The Arts Club’s One Man, Two Guvnors was a splendidly silly start to the year, slapsticking up the Stanley Theatre in February. Written by British playwright Richard Bean, the 1960s-set comedy of errors featured local funnymen Andrew McNee and Ryan Beil chewing through the scenery (and, in McNee’s case, the fourth wall) while director David Mackay kept the surprises rolling out into the aisles.

In March, Vancouver’s annual Chutzpah Festival presented the kinetic wonder that is Bodytraffic, with the LA-based dance company scorching through Richard Siegal’s jazzy The New 45, Kyle Abraham’s epic Kollide, Joshua L. Peugh’s magical Trick of the Light, and Victor Quijada’s intense Once again, before you go.

Not to be outdone, Ballet BC seared itself into my springtime memory with Trace, featuring William Forsythe’s hypnotic workwithinwork, Walter Matteini’s dark, unforgettable Lascia ch’io pianga and the company’s farewell performance of the comic crowd favourite Petite Cérémonie by Medhi Walerski.

By fall, the theatre calendar was awash in musicals and “plays with songs”, from rocking productions at the Firehall to Tony Award-winning productions and holiday reboots. The Arts Club’s presentation of The Waiting Room, however, was perhaps the most impactful. Based on Spirit of the West singer John Mann’s battle with colorectal cancer, The Waiting Room saw veteran Vancouver actor Jonathon Young, young Matreya Scarrwener and co. navigating playwright Morris Panych’s existential world of hospital waiting rooms, while Mann performed songs from his 2014 concept album of the same name.

Buoyed by Mann’s booming voice and raw live performance (the singer is now in the grips of early onset Alzheimer’s disease), the show melded urgency and honesty with Mann’s celebratory spirit.

The fall season also afforded the luxury of perspective and, by October, Empire of the Son – Tetsuro Shigematsu’s stunning, sold-out one-man show at the Cultch – was shaping up to be one of the best of the year. The former CBC radio host and self-professedly stoic Japanese-Canadian opened his story by explaining that, as an adult, he had never truly cried. He explored this central idea by deftly weaving the life and death of his father into his own generational struggle, while augmenting the narratives with simple, hand-powered multimedia projections. From the serene set to the understated performance, Empire of the Son found itself squarely in the running for best in show.

My most appreciative applause also goes to Disgraced at the Stanley and Nirbhaya at the York for bringing their takes on challenging global issues to the fore. These performances stayed with me long after the theatre emptied.

Meanwhile, in arts news, 2015 saw the Arts Club open its new theatre in Olympic Village and the Vancouver Art Gallery unveil plans for its new building down by the Queen Elizabeth Theatre. City Opera announced the receipt of a $127,000 grant toward the creation of an opera on Canada’s Missing Women, while Vancouver Opera announced plans to transition from year-round programming into a festival format for 2017.

In visual arts, Bau-Xi Gallery marked its 50th anniversary and Gallery Jones and Winsor Gallery moved in together in The Flats, while Ballet BC and Kokoro both celebrated 30 years of dance. It was also a milestone year for the Museum of Anthropology and Museum of Vancouver, which partnered in January with the Musqueam First Nation for an unprecedented multi-institution exhibition on Vancouver’s aboriginal history.

So, if you’ve got all that, it’s time to move on to 2016. Here are five shows that should help spring come soon.

Based on the 1980s Winona Ryder revenge comedy, Heathers: The Musical tells the homicidal story of Veronica Sawyer, a brainy, teenage misfits who never dreamed of getting in with the most popular and cruel clique at high school.

Jan. 28 at the Queen Elizabeth Theatre

The PuSh International Performing Arts Festival presents the reunion of local cult-dance sensation Holy Body Tattoo in monumental – a work that hasn’t been seen in 10 years.

The draw: The Hannah Moscovitch-penned play has topped critics’ lists from here to New York City.

Feb. 25-27 at the Vancouver Playhouse

The Vancouver workshop of this powerhouse piece on grief and addiction left local audiences in tears. Since its completion, the collaboration between Electric Company Theatre’s Jonathon Young and Kidd Pivot’s Crystal Pite has had the same impact on reviewers in Toronto.

The draw: Two of Vancouver’s most inspired theatre and dance artists meditating on loss. Sold out.

March 17-19 at the Queen Elizabeth Theatre

Rising French choreographer Medhi Walerski (of aforementioned Petite Cérémonie fame) returns to Ballet BC with a question: how to balance order and chaos. Dancers from Arts Umbrella’s graduate program will also take part.

The draw: Walerski tackling a full-length work for the first time.