Independent mayoral candidate Bob Kasting, a 1972 bronze medal Olympic swimmer, conceded that he doesn’t have the support to make it to the podium on Nov. 15. So the lawyer quit the race Nov.
Nov 6, 2014 2:43 PM By: Bob Mackin 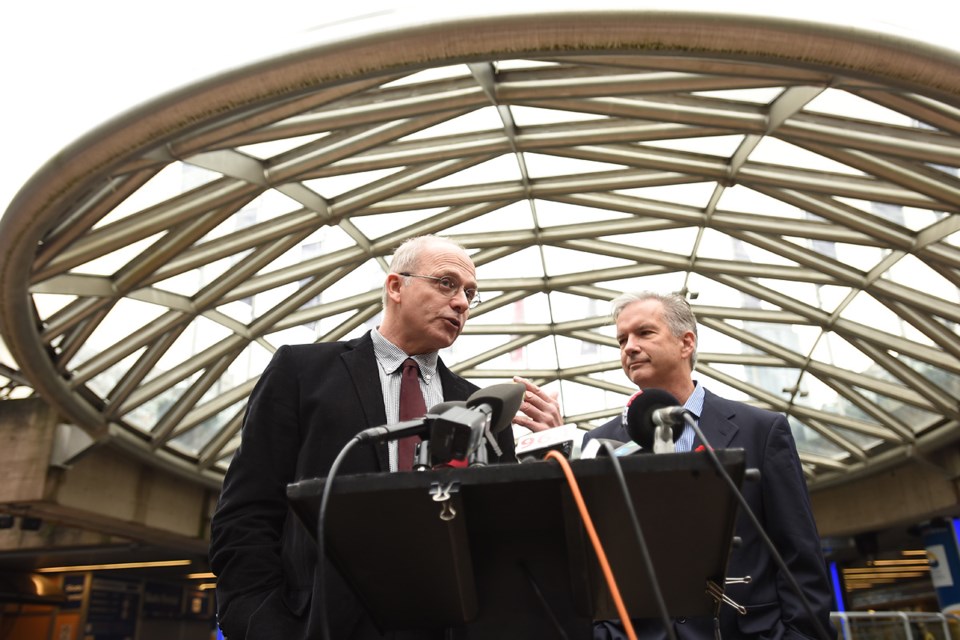 Independent mayoral candidate Bob Kasting, a 1972 bronze medal Olympic swimmer, conceded that he doesn’t have the support to make it to the podium on Nov. 15. So the lawyer quit the race Nov. 6 and endorsed the NPA’s Kirk LaPointe to go for gold and beat Vision Vancouver incumbent Gregor Robertson.

Kasting said he approached LaPointe, didn’t ask for anything nor was offered anything to leave the race. He said LaPointe is “the person who can beat Gregor,” but stopped short of endorsing the rest of the NPA slate.

The withdrawal came on the third day of advance voting, so Kasting may have already received votes. The deadline for candidates to withdraw was Oct. 17. Nine candidates remain in the race.

“We want the same things for the city, I’m grateful, really grateful, flattered, I’d say, that Bob has bowed out and thrown his support to me,” LaPointe said. “It’s a signal to the community that there is a lot of unity outside of Vision Vancouver, to defeat Vision Vancouver in this election, we need change at city hall.”

Kasting gained a profile by representing citizens who successfully opposed a Vision Vancouver plan to pave a bike lane through Kitsilano and Hadden parks. He is also the lawyer for False Creek residents in their ongoing legal battle for a long-promised park in Northeast False Creek.

LaPointe, Kasting said, would be “non-divisive, collaborative” and the best person to lead a mixed slate council. Kasting declared his candidacy on Sept. 18. Two days later, Cedar Party leader Glen Chernen endorsed Kasting and switched his bid for the mayoralty to a seat on city council with brother Nicholas Chernen.

“Glen and Nicholas have been very supportive to me in my campaign and are saying the right things to the people out there and for that I have to thank them,” Kasting said.

The Chernens also endorsed LaPointe. “Gregor Robertson is a dangerous man leading a dangerous party to a dangerous place for our city and Kirk is the only viable alternative at this point to pull together a mixed slate,” Glen Chernen said. “I would like to see Kirk as our mayor and hope for the best outcome for all of us.”

Kasting left the race with some parting shots for Vision Vancouver, which holds a majority at city council, park board and school board. He said the party has shown disrespect for neighbourhoods and allowed out-of-control development.

“There’s been a sanctimonious sense of receipt of union funds and developer funds in an environment that there’s a huge public relations machine that is trying to convince the people of Vancouver that Vision and their people are green,” Kasting said. “I don’t buy that and a lot of people don’t buy that.”