Briana Buckmaster’s laugh is a sonic wonder to behold. It emerges often during our interview: deep and resonant, and yet never once shattering the austerity of the five-star hotel lobby lounge where we’re meeting for our on-the-record heart-to-heart.
Mar 8, 2016 4:48 PM By: Sabrina Furminger 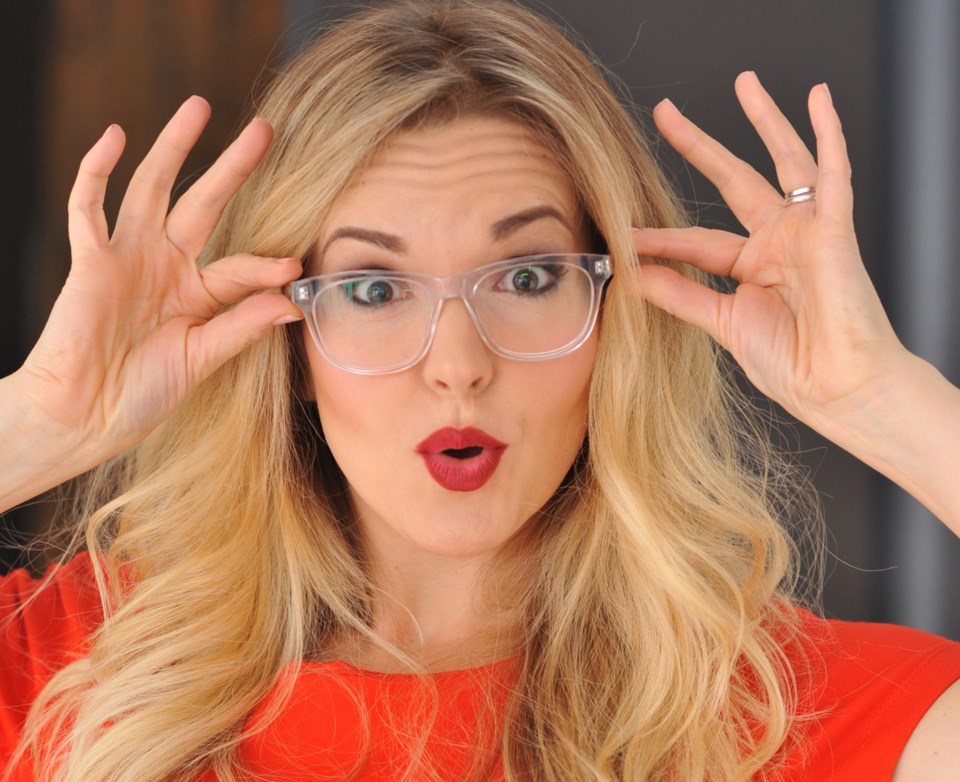 
Briana Buckmaster’s laugh is a sonic wonder to behold.

It emerges often during our interview: deep and resonant, and yet never once shattering the austerity of the five-star hotel lobby lounge where we’re meeting for our on-the-record heart-to-heart.

“I love to play comedy, and I think it’s my incessant need to make people laugh. I can’t help myself,” laughs the Vancouver-based actress. “When people say, ‘Take this character and go,’ I immediately try to make the crew laugh.”

With this well of silliness forever bubbling just beneath the surface, Buckmaster does her best to keep it in check, especially on those occasions when she’s the new arrival on a juggernaut series.

She was all business when she arrived for the first day of her now-recurring gig as Sheriff Donna Hanscum on Supernatural. The CW’s long-running show stars Jared Padalecki and Jensen Ackles as a pair of demon-hunting brothers.

Going in, Buckmaster knew that Supernatural was a huge hit – but she didn’t know that Padalecki and Ackles are all about the funny.

“Those boys, they throw so many shenanigans down,” says Buckmaster. “They’re keeping it light.”

Buckmaster’s education was swift. Four takes into her first scene – which involved both her and Ackles stuffing their faces with donuts in the middle of a police station – Ackles had her cracking up; the moment – which had the entire crew in stitches – ended up on that season’s gag reel.

Since her Supernatural debut in 2014, Sheriff Donna has returned to the Winchester Brothers’ universe for two additional episodes. Every time she appears, the “boys” (as she lovingly refers to Ackles and Padalecki) are ready to play.

“I know, when I come on set, that they’re going to try to make me laugh every scene,” she says. “It keeps you on your toes.”

Sheriff Donna is a role Buckmaster savours: a strong, flawed woman who “knows what she’s good at it, and when she has to step up to the plate in that aspect, she does, and everything else kind of falls away,” she says.

To say that Sheriff Donna is a hit with fans would be an understatement. Supernatural fans are legendary for their loyalty (the fandom is the subject of a web series and feature film, the latter of which will have its hometown premiere this month at Vancouver Web Fest), and they’ve embraced Buckmaster, who is now a regular on the Supernatural convention circuit.

And if one group of fans gets their way, Buckmaster could be starring in her own spin-off series alongside frequent Supernatural scene partner Kim Rhodes, who plays Sheriff Jody Mills.

Buckmaster’s journey to her Supernatural moment began in Moose Jaw, Saskatchewan, where she caught the showbiz bug at 11 years old during a performance of Les Miserables.

Her dreams were wrapped up in musical theatre, and she seemed to be on track to make them come true when she arrived in Toronto straight outta theatre school to make her mark in Broadway North.

Alas, Buckmaster didn’t work as much as she wanted to during those Toronto years. Her “singing voice is darker and lower, and when you’re a female, blonde 20-year-old, you’re not going to get much work, because all of the roles are Cinderella and Sandy,” she says.

There was also the matter of her physique. Back then, Buckmaster was – as she is now – unapologetically an “average woman,” which she says was a challenge when auditioning for those aforementioned roles.

“People always said, ‘you’re going to work so much when you’re older,’” says Buckmaster. “And now, it’s kind of true.” She’s worked steadily in the Vancouver film and television sphere since moving here three years ago.

Buckmaster doesn’t shy away from topics like women’s bodies, fat shaming, and self-worth. These are frequent matters of discussion on her Twitter feed (@OfficialBrianaB), mostly because Sheriff Donna (whose body fat is sucked out of her by a lipo-lovin’ monster during first Supernatural appearance, and who is fat-shamed by her ex-husband in the second) has made her a lightning rod for those kinds of conversations.

“I have an opportunity to go, ‘You know what? Let’s all strive to be healthy, but let’s stop looking in the mirror and saying bad things,’” says Buckmaster. “What a gift that I get to say those things [to them].”

Homeowner – which premiered online earlier this month – stars Buckmaster as the titular homeowner under whose new roof (according to the film’s logline) “lies a terrifying secret.”

“I was doing my own make-up, I was setting up craft services, and I like that,” says Buckmaster. “Sitting around cools you down. I find I do my better work when I keep moving.” And laughing.