Barbara Niven’s journey to Hollywood began when an envelope from her high school’s reunion planning committee landed in her mailbox. The envelope contained an invitation to her 10-year high school reunion as well as a lengthy alumni questionnaire.
Jul 23, 2014 8:20 AM By: Sabrina Furminger 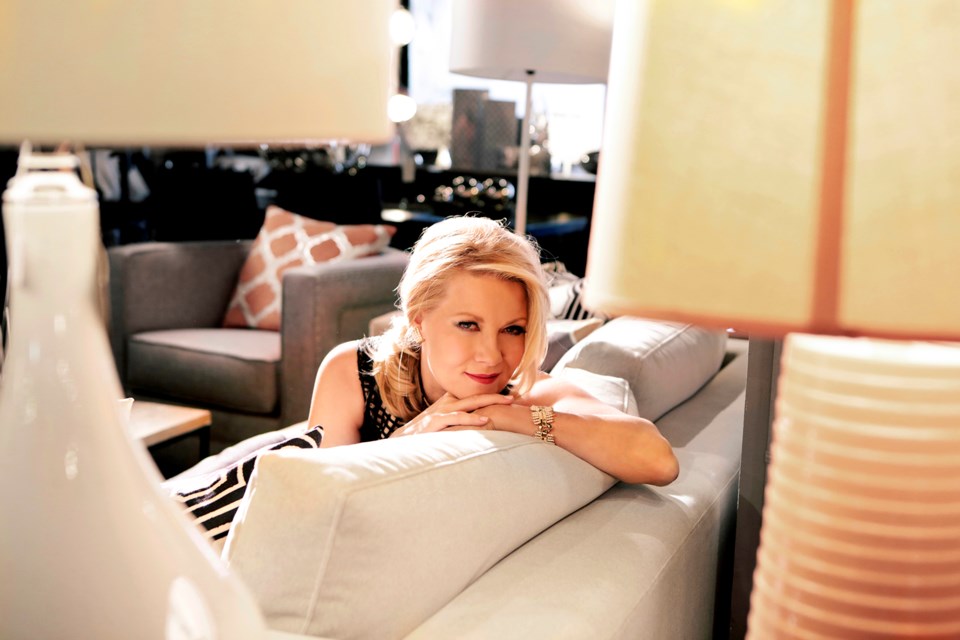 Barbara Niven’s journey to Hollywood began when an envelope from her high school’s reunion planning committee landed in her mailbox.

The envelope contained an invitation to her 10-year high school reunion as well as a lengthy alumni questionnaire. The committee wanted to know what she was up to, how many kids she had, and if she was on track to making her dreams come true.

At the time, Niven was nearly 30, living in Portland, single, and the mother to a two-year-old girl.

The questionnaire was like a kick to the gut. “I was living everybody else’s idea of me except my own,” says Niven, 61, in a phone interview with WE. “That’s the day I decided I didn’t want to wonder ‘what if’ at the end of my life.”

She knew she wanted to act, even though she’d never studied the craft. She talked her way into a reporting gig with an NBC affiliate and devoured every acting book on the shelves at Powell’s Books.

She drove to Seattle in an ice storm to attend a casting call for One Life to Live (for which she was flown to New York but didn’t book the gig because, as she admits, “I didn’t know my craft. I just sucked”).

But it wasn’t long before Niven was in Hollywood, studying at the Beverly Hills Playhouse with legendary acting coach Milton Katselas and booking gigs in daytime (including One Life to Live), primetime, films, and TV movies (like 1998’s The Rat Pack, in which she played the vulnerable and sensual beats of Marilyn Monroe opposite Ray Liotta’s charismatic Sinatra).

And now, decades after that butt-kicking reunion letter, Niven is appearing weekly in Cedar Cove, Hallmark Channel’s original series based on the bestselling series of books by Debbie Macomber.

Cedar Cove (about the residents of a dockside town in Washington State) has proven to be a ratings bonanza for the specialty network. “First original series out of the gate and every week it’s number one,” she marvels. “I think people are ready for shows that they can watch with their families.

In the locally shot series – which launched its second season on July 19 – Niven is Peggy Beldon, the big-hearted wife to recovering alcoholic Bob (portrayed by Bruce Boxleitner of Babylon 5 fame).

Peggy is poised to get more screen time in the second season, involved as she is in a story arc pulled straight from the headlines: adult bullying. “I read the scripts and it’s like reading this great novel,” says Niven, who splits her time between LA and Vancouver and holds dual citizenship (her dad was born and raised in Burnaby).

When Niven isn’t working, she’s far from idle. She runs a media training company and interacts with fans on her 9500-strong Dreamers Network Facebook group.

She also speaks out on topics that are close to her bones, including paying it forward and eating disorders, the latter of which she struggled with for decades.

Niven’s descent into bulimia began as a self-described “chubby” teenager, when she overheard her mother discussing her purging struggles with friends on the front porch.

“Everybody else was so grossed out but me, I thought, ‘wow, maybe that could be my secret weapon,’” says Niven. “So I went to the bathroom, and I did it, and I did that for thirty years. Nobody ever knew.”

She likely would have continued indefinitely were it not for a phone call she received from her daughter’s high school. Her daughter, then 15, had fainted at cheerleading practice. “All of the cheerleaders were purging together to fit into their cheerleading outfits,” she says.

“I thought I had been so careful about not ever having [bulimia] be part of my daughter’s life, that she was never going to have to do this,” she says.

In a flash, mother and daughter were in therapy. Today both are healthy, and Niven now embraces every opportunity to let eating disorder sufferers know that there is life after the struggle.

“I had no idea that that would not haunt me forever,” she says. “Once you pop the power out of that secret, it’s over.”

On her on-screen husband, Bruce Boxleitner: “A lot of actors are a little bit cautious. You don’t feel like they’re really listening, or seeing you, or playing off of you. But Bruce and I, every time we do a take, it’s different, because we just run with what’s happening, and that’s chemistry. I love working with him. This is my best marriage I’ve ever had.”

On her Burnaby roots: “My father was born in Burnaby, so I am a dual citizen and I’ve come up here for years to work. This is the most fun that I’ve had, and the most fun thing is, before my father passed away four years ago and after I got my citizenship, I brought him up and we rented a car and he took me all around Burnaby where he grew up as a young boy — where he was so poor that, in the wintertime, he would have to ride his little sister to school on the handlebars of his bike and his mom would wrap their legs with newspapers because it was so cold out here. He was so poor. I honestly feel that Dad had a hand in me getting this job because our production office for Cedar Cove is in Burnaby. How weird is that?”

On paying it forward: “I tell people that being a mentor is fabulous and when you decide what kind of job or even if you’re looking for a job, find somebody to mentor you. Ask them, ‘can I just follow you around, get you coffee? I’ll be your slave. I just want to see what it’s like, and when I reach my success, I will pay it forward.’ And nine times out of ten, people are going to say yes, and that’s what I did with my news director, and that’s what I do now, any chance I can, is just to pay it forward. That pay it forward philosophy is just phenomenal and it grows exponentially because the numbers grow higher as the circle gets wider.”

On where Peggy ends and Barbara begins: “When you’re an actor, especially on a series, it’s very close to you. If I do a one-off movie for Lifetime, I love playing crazy characters and I always play the psycho crazy people. It makes it so much fun, but to play day in, day out on a series, all you have as your instrument is yourself, that’s all you have to bring to it, so Peggy is like me where she’s a real optimist, she’s really strong yet she is learning her strengths.”