“The time for thinkers has come.” So, wrote Mary Baker Eddy in her book on Christianity and healing, Science and Health with Key to the Scriptures . Throughout the book, Eddy challenges the reader to consider the nature of thought.
Apr 8, 2017 5:23 AM By: Anna Bowness-Park

“The time for thinkers has come.” So, wrote Mary Baker Eddy in her book on Christianity and healing, Science and Health with Key to the Scriptures.

Throughout the book, Eddy challenges the reader to consider the nature of thought. She asks, “Are thoughts divine or human?”  We might then ask: “And, how do we know the difference?” Eddy points out that human thought is erring, often hindering or doing more harm than good. Her own research and discoveries about the nature of human thinking and the difference between the human brain and divine Mind (God) follow the teachings of both Jesus and then St. Paul - who said, “Let this mind be in you that was also in Christ Jesus.”

Studies on human reasoning have confirmed the fickle nature of human thinking. It is not nearly as thoughtful as we would like to believe. For example, well-known psychologist Daniel Kahnman showed unequivocally in his studies on the psychology of judgement and human reasoning, that, yes, the human mind is full of internal biases that we may not fully realize, and left to its own devices can be irrational, untrustworthy and easily manipulated.

After recently reading his analysis, I was reminded of a seminar I attended some years ago on how to raise children with a strong sense of ethics. The instructor was not just talking with us about Disney-esque ideas on “being nice.” This was a deeper discussion about teaching our children to be discerning – to be able to tell when they were being manipulated into thinking a certain way that could be unethical, or unhelpful to their moral and physical well-being.

She illustrated her point with a rather humorous, but nonetheless thought-provoking, story about herself. As a busy professional she often found herself dashing from meeting to meeting, and at one point she became aware that she was consistently buying the same chocolate bar at a small store she would pass each day. “Now, I do not need a daily chocolate bar!” she stated, laughingly pointing at her generous figure. So, what was going on? she wondered. That evening, while watching the news on TV, she found the problem. There was a commercial portraying a businesswoman running between meetings and grabbing that very same chocolate bar on her way. The instructor realized that she had unconsciously identified with the woman in the commercial. “And I am a psychologist – and was still manipulated,” she said, “I did not make the decision to eat a chocolate bar, it was suggested to me.”

This illustration is fairly simple, but it asks the question: “How are we to detect when we are being influenced to believe or act upon something that is not true about ourselves or others?  Sometimes the decisions that we make about our lives may not originate in our thinking at all, but rather, come from responding to societal or advertising influences. We see such evidence all the time, but are we alert to it? How do we defend ourselves against not just the psychological games played by advertisers, but also the suggestions from family, friends, colleagues and even strangers? These influences often persuade and pressure us to think and act in ways contrary to our best interests.

The seminar certainly woke me up, and I began to really check what was influencing me. I did not have to wait for an opportunity to test out what I had learned. Shortly after, my children were playing with some neighborhood kids while we mothers watched over them. The discussion turned to popular toys. The other mums were fearful and worried that if the right toys were not bought, their children would not have friends, as everyone wanted to play with the “in” toys. My kids did not have any of the popular toys because I did not feel they were good for them. I found myself thinking about this issue and getting worried, even pressured to go out and buy some so my kids would have friends.

That is when I turned to prayer. I have learned to see this divine dialogue as a wonderful guidance in thinking through life’s problems in a way that is uninfluenced by human opinions.

Prayer opens the door to that connection with God as the divine Mind. It has always provided me with a new view of a problem and a change of thought. In this case, Eddy’s statement about the time for thinkers challenged me - was I really thinking?

What came to me as I listened for what God knew and was telling me, was something that I have stayed with ever since. Friendship is God’s way of telling us we are divinely loved. It has nothing to do with what toys a child has or the possessions of an adult. Healthy friendship always reflects a deeply spiritual connection - perhaps for children most of all. Feeling confident in that, I was freed from the pressure to buy toys that I did not feel were appropriate for our family. My kids never lacked friendships, and in fact some of those early friendships remain with them and me to this day. Best of all, I learned a wonderful lesson on the spiritual discernment that helps me see more clearly when I am being influenced by persuasive advertising or societal pressure.

Chocolate bars and children’s toys seem like insignificant problems to solve in the light of bigger world problems - healing chronic illness, ending conflicts and wars, or finding consistent economic progress. But, for me, they can teach us to commune with that  Divine thinker, who is never influenced by human opinion. 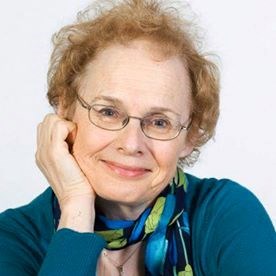 Anna Bowness-Park is a Christian Science practitioner, who writes frequently on the relationship between spirituality and health, and how prayer can play a role. You can follow her blog at http://anna-bownesspark.ca

You can read moe articles from our interfaith blog, The Spiritual View, HERE