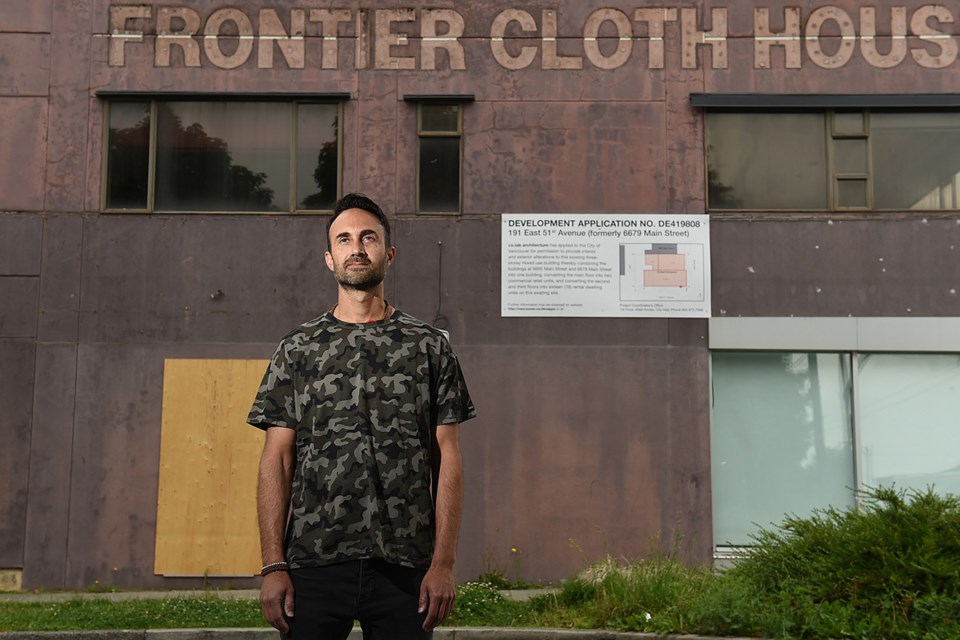 A film crew followed Tarun Nayar and his band Delhi 2 Dublin across the globe to explore the burgeoning bhangra scene in Metro Vancouver and India, and how its relative anonymity in Vancouver remains a head scratcher. Photo Dan Toulgoet

Tarun Nayar feels the need to rage against the machine, and he makes a pretty compelling case to do so. Over the last decade, his band Delhi 2 Dublin has released 10 albums, sold out the Commodore several times over and toured the world. Later this month they’ll make their debut at one of Europe’s biggest gigs, the Glastonbury Festival in England.

In short, music is his day job and has been for quite some time.

Despite that resume, you’d be hard pressed to hear Nayar’s tunes on the radio or on the roster of a major label.

“The short answer here is racism,” Nayar told the Courier. “But it’s great where politics are at in North America right now because we can actually talk about this. People realize that this is a legitimate concern and that we’re not over it.”

Those concerns are the talking points found in Bhangra City, which makes its debut as part of the City of Bhangra Festival running June 11 to 17 in both Vancouver and Surrey. The half-hour documentary, which Nayar wrote and co-produced, explores the burgeoning Bhangra scene in Metro Vancouver and India and how its relative anonymity in Vancouver remains a head scratcher for those both in and out of the game.

Nayar, his bandmates and a film crew travel to India to interview internationally-acclaimed Bhangra star Jazzy B., crash weddings in Surrey and speak to older generations of the South Asian community to unravel the film’s narrative. The Indian wedding scene in Surrey in particular is like a subculture unto itself, where DJs can pocket huge dough for an evening set performed in front of upwards of 2,000 revellers.

Despite that demand south of the Fraser, those same people seemingly can’t get a gig in Vancouver clubs on any given weekend. Nayar said the same level of discrimination plays out at live music venues, in corporate board rooms and on the festival circuit, despite the estimated 300,000 Indo-Canadians who live in Metro Vancouver. Nayar and two of his bandmates are of South Asian descent and some of their lyrics are sung in Punjabi.

“That’s the way the music industry works. It doesn’t really piss me off,” he said. “I don’t expect a capitalist system to be altruistic. But it does piss me off that there is money to be made, there are great stories and great music, but a huge demographic of our city isn’t being served by conventional models.” Nayar put plan to action in the spring of last year via some good old-fashioned social media outrage.

He took to the Internet to decry what he felt was a lack of cultural diversity amongst the winners of last year’s Telus-sponsored Storyhive competition, which awards creative types seed money in the areas of film, animation and TV.

Telus caught wind of Nayar’s musings, invited him for a meeting and eventually gave him some of the funding necessary to make Bhangra City happen.

“I was genuinely concerned, but they are a very diverse company and very supportive,” Nayar said. “It’s not like they’re out to create a white nation.”

Above and beyond the film’s June 12 premiere at the Vancity Theatre, Nayar hopes to enter the film into the festival circuit and is in the process of planning screenings further afield in Canada.

More info on the City of Bhangra Festival can be found online at vibc.org.

Note: This story has been revised since first published.