Douglas College should cut its tuition costs in half during the COVID-19 pandemic, according to an instructor at the college.
Mar 31, 2020 1:39 PM By: Janaya Fuller Evans 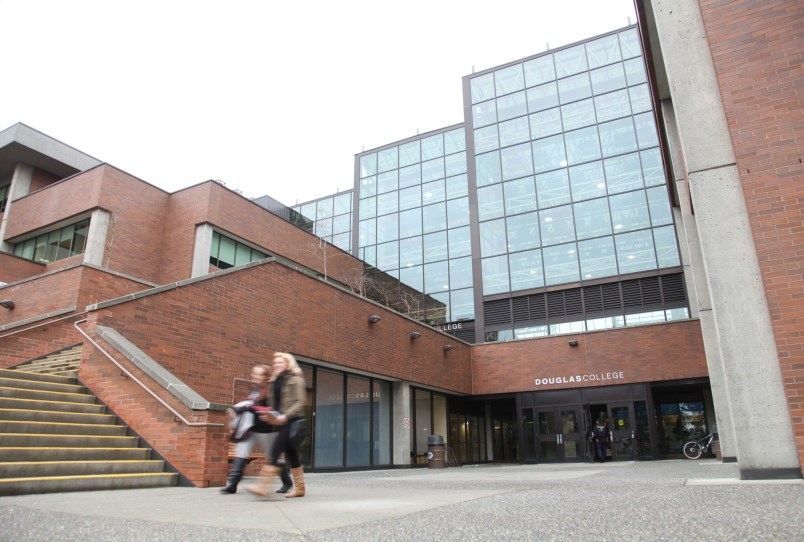 An instructor at Douglas College says tuition should be cut in half to help students during the COVID-19 pandemic.Record files

Douglas College should cut its tuition costs in half during the COVID-19 pandemic, according to an instructor at the college.

Chris Maguire, an instructor in the English language learning and acquisition department, has advocated for a tuition freeze at the college for years but now he says it’s an especially good opportunity to cut tuition.

“It’s a time in our society when we need to do the right thing,” he told the Record, adding the college makes a profit off students annually. “It seems it would be a good time for them to make that grand gesture.”

He would like to see tuition lowered by 50%, he said.

“Some landlords have cut their rent in half just right off the bat,” Maguire said. “There are things we can do, every one of us.”

He added the college would still likely make a profit, albeit a smaller one.

The cost is high for students, he added.

“Tuitions are increasing faster than the cost of living for students that I teach, that are international, and they’re increasing to maximum allowable by law for the domestic students,” he said, “and it’s not necessary to do it unless you need the money.”

He knows of students who use the food bank, and he has bought meals and given textbooks to students in need, he said.

“I’ve just felt their stress in the classroom and when they confide in me as well,” Maguire said. “We’re gouging, we’re absolutely gouging. We’re making the money off the backs of the students.”

Many people are unemployed or under-employed at this time, he said.

And they will be getting a different level of education with the online courses during the pandemic, as well, he added.

“We weren’t prepared to do this. We pulled it out in a fortnight,” Maguire said. “Mostly it wasn’t that terrible but if you teach skills like I do in languages, it’s not like I can just lecture – I have to do it synchronously with the class, I can’t do it asynchronously like some courses.”

It’s not as good as in-class instruction, he said.

There will also be money saved from facility costs, he pointed out.

While the college’s tuition is in line with what some other regional colleges are charging, it is still a heavy burden on students, he said.

“We’re good but we could do better, we could be pacesetters,” Maguire said.

The college acknowledged the change to an online model for courses will affect students, according to statement from Thor Borgford, academic vice-president and college provost.

“We know that the quick transition to online learning has been an adjustment,” he stated. “However, tuition fees are based on credits received per course. While the delivery format of our courses has changed, these courses continue to be taught by the same experienced faculty as they would be in person. Students continue to earn full academic credit and have access to student services.”

The current pandemic has changed how courses can be offered, for the safety of students, he added.

“We remain focused on delivering the best education possible in a safe environment,” Borgford stated.