Voter information, including the random ballot order, will be available both in print and online
Sep 25, 2018 2:54 PM By: Jessica Kerr 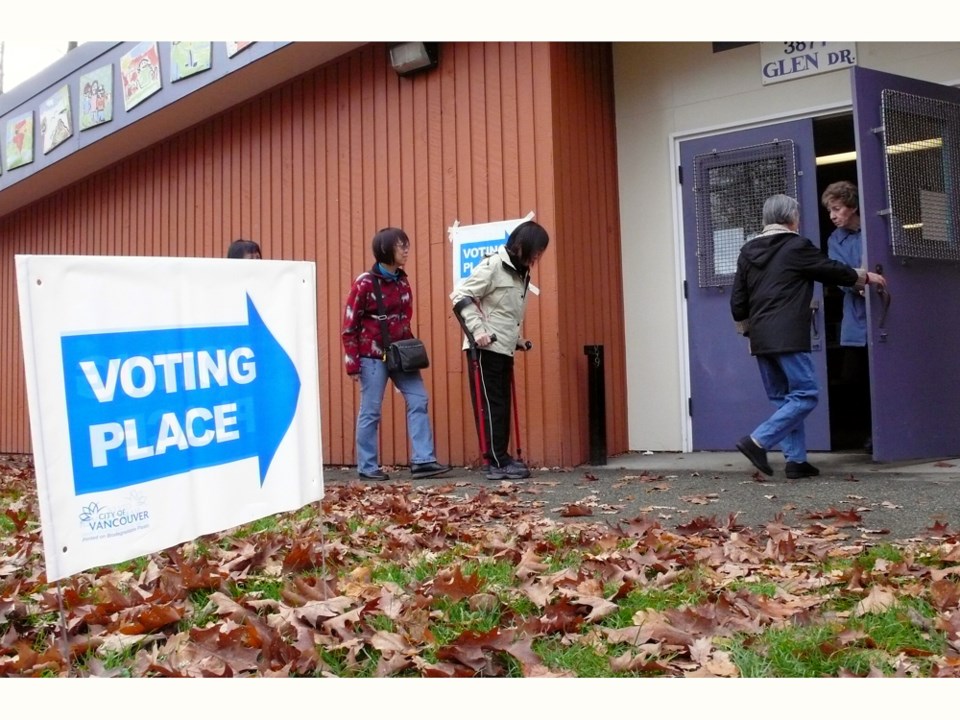 This City of Vancouver wants to engage voters and increase public awareness around the Oct. 20 election. Photo Dan Toulgoet

With the election less than a month away, the City of Vancouver is rolling out a number of programs and initiatives aimed at engaging voters and increasing the public’s awareness around the election.

With a total of 158 candidates listed randomly on the ballot and less election advertising thanks to new campaign funding rules, this year’s municipal election could seem a little daunting to the average voter.

In an attempt to clear up any confusion, the city is offering up some tips and tools for voters.

“We don’t want anyone to be surprised on election day that people are appearing in a random order instead of alphabetically,” said Paul Hendren, election outreach lead with the City of Vancouver. “We do have a lot of different ways that we’ll be communicating to people about randomization ahead of time.”

The city is encouraging residents to use the Plan Your Vote tool, which was first launched during the 2014 election campaign.

One of the more helpful features this election, especially with the randomized ballot, is that residents can mark down the candidates they are interested in and at the end email or print out a list of those names.

“It’s a summary plan that can be printed or emailed and it will display the candidates in the order that they’ll appear on the ballot,” he said.

Plan Your Vote will be available on the city’s website starting Sept. 27.

Print copies of the voters’ guide will also be available at community centres and libraries across the city also as of Sept. 27.

“The guides will have a worksheet with the randomized list people can bring with them when they go to vote,” Hendren said, adding that for the first time this year the guide will also be available in simplified and traditional Chinese, Punjabi, French and large print. As well, an audio version of the guide will be available online at vancouver.ca/vote, which will include all voter information except candidate statements.

“I think the other thing that’s important for people to know… is that it’s one random list on all the ballots,” he said. “You just need to see the ballot ahead of time and you’ll be able to know exactly what you’re going to be looking at on election day when you go to vote.”

Hendren said the city has the most dates and locations of advanced voting for this election, and recommends people take advantage and cast their ballot ahead of time.

“It’s really good if people can go on one of the advanced days, the lineups tend to be much shorter,” he said.

Advanced polls will be open 8 a.m. to 8 p.m. Oct. 10 to 17 at 12 locations across the city. A full list of polling stations is available at vancouver.ca/your-government/where-to-vote.