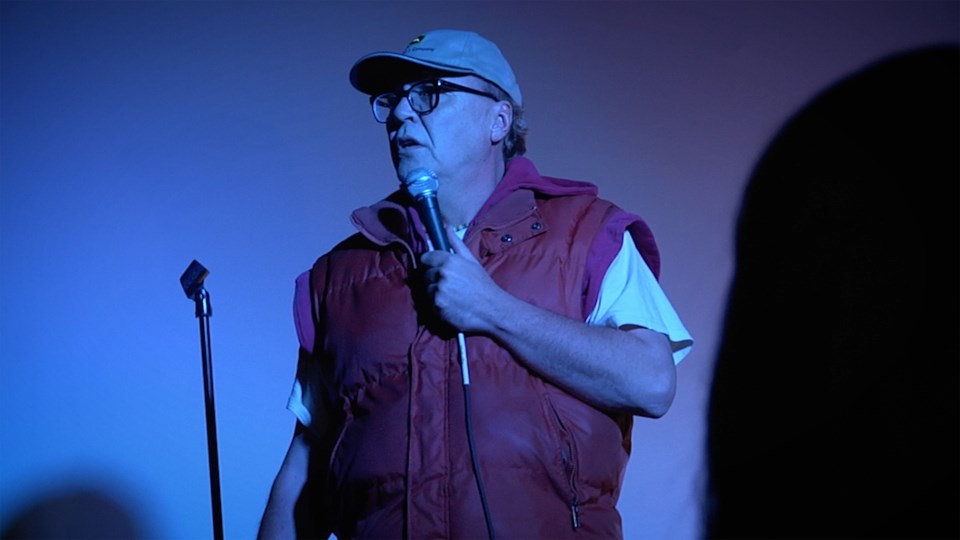 Richard Lett was mean, but it was part of his shtick. He was Canada’s George Carlin — an audacious comic with a gravelly voice, a lethal wit and a take-no-prisoners attitude.

From the 1980s until the early 2000s, Lett was a regular headliner at Vancouver comedy clubs — a reliable, albeit divisive, comedian’s comedian. He punched down. He spewed obscenities. He courted controversy (like when he wrote and performed a song called “The Ballad of Bobby Pickton”). His comedy wasn’t to everyone’s taste, but he was charismatic and whip smart and people loved to hate him.

And then October 2009 rolled around, and no one was laughing anymore, least of all Lett. The Vancouver-based comedian was losing himself to alcoholism, to drug addiction and to mental illness. The smart meanness that had defined his comedy was gone, replaced with indiscriminate venom. The clubs where he’d once performed to sold-out crowds — Yuk Yuk’s, the Kingston — banned him from the premises for his bad behaviour. By the end of the year, Lett was homeless.

But Lett had a special witness to his downfall. That October, Lett invited 20-something filmmaker Roy Tighe to film him at work in order to promote a one-man show that Lett intended to produce. But it wasn’t long before Tighe realized Lett was undergoing some kind of personal transformation, and he asked the comedian if he could follow him around and film him in the trenches of his life.

Tighe filmed Lett from October 2009 until early 2010, gathering more than 500 hours of footage in the process. Lett doesn’t remember the bulk of it.

“One of the indicators of you having a problem is thinking you don’t have a problem,” says Lett in a recent phone call with the Courier. He’s been sober since Dec. 27, 2009.

“The ego that comes with addiction is self-centeredness, and I was blaming everyone else,” he says. “Everyone else was jealous about how cool and funny I was — it never occurred to me that I might have a serious disease that was on the brink of taking me out. When I met Roy, it just turned out that’s when everything went sideways. During that period of time, I don’t remember any light. If you invite darkness in, it will come.”

Tighe says he didn’t have a plan of action when he asked Lett if he could film his life. “I ran into this project headfirst, and I didn’t know what was going to happen,” says Tighe, adding that he initially didn’t know that Lett had a substance abuse problem. “I knew that there was a behaviour problem, and that he wasn’t like anyone else — but to be honest, as a filmmaker, I was drawn to that.”

Lett eventually returned to comedy, although it’s different now. “The way that you come back is slowly,” he says.

The meanness is gone, and the humour is introspective. His comeback show, Sober But Never Clean, played to sold-out crowds at the 2016 Fringe Festival. He’s currently touring a show called One Nut Only, about his battle with testicular cancer. Comedy, he says, is secondary to his recovery. He regularly attends meetings and serves as a sponsor to multiple addicts and alcoholics.

“They say after five years of recovery, you hear a popping sound, and that’s the sound of your head coming out of your ass,” says Lett. “What that means is that you stop thinking about yourself. It’s not about what you can get but what you can give.” He hasn’t seen Tighe’s documentary yet, but hopes it will help people in recovery, and that it gets shown in places where people are “fighting the good fight.”

“It’s uncomfortable to watch Richard fumble around for days, trying to move out of his apartment, but that’s what it’s like when someone is mentally ill in this time in his life and he’s struggling with addiction,” says Tighe. “You sit in it, and you feel uncomfortable. This is set up for the audience to have an experience, just like Richard had an experience. I wanted people to feel what it’s like.”

Never Be Done: The Richard Glen Lett Storyscreens Nov. 29 and 30 at the 2018 Whistler Film Festival. Details at whistlerfilmfestival.com.