Filmmaker dialogues with her abuser in 'A Better Man' 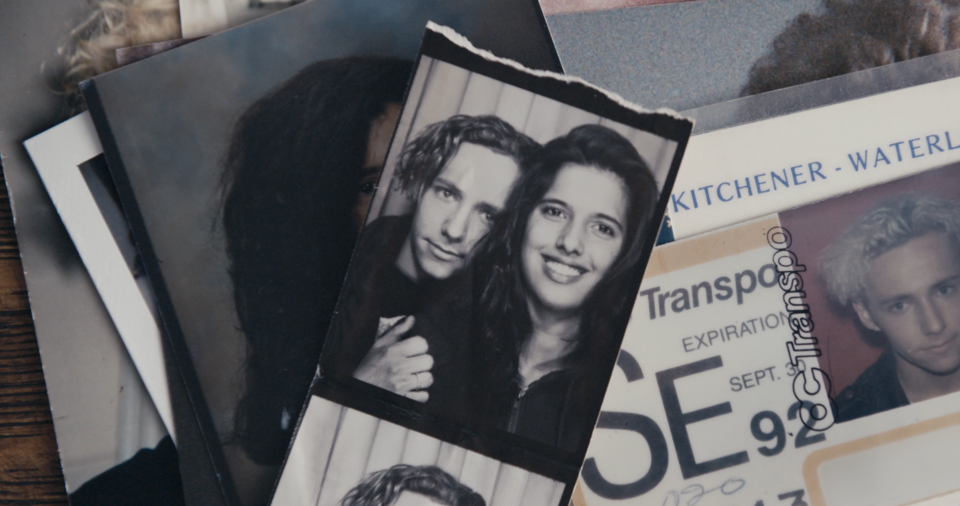 In 'A Better Man,' abuse survivor Attiya Khan engages in a series of conversations with her former boyfriend, Steve. The documentary was executive produced by Sarah Polley.Contributed

When Attiya Khan was in her teens, she lived with her boyfriend, Steve, for two years. And for the entirety of those two years, Steve assaulted Khan, relentlessly and viciously, until the day she escaped with her life.

For many domestic abuse survivors, this is where direct contact with their abuser ends. But more than two decades after Khan fled that violent relationship, she had questions for Steve – and he agreed to answer them, on camera.

Those conversations, and Khan’s journey to hear Steve and be heard by him, form A Better Man, her feature-length documentary debut that screens in Vancouver this week as part of Reel Causes.

More than 23 years have passed since Khan began her life anew, and for the bulk of those years, Khan had little contact with Steve, save for chance meetings on the streets of downtown Toronto.

“When I saw him that first time [after their relationship] I almost fainted and I was terrified, and then, a few years later, I saw him again,” says Khan in a recent phone interview.

Those encounters always brought forth a storm of emotions in Khan: “I’d end up having more nightmares than usual, and all of the trauma that I had associated with it would heighten.”

But a paradigm shift occurred when Khan (who had since built a career as a professional advocate for women who experience domestic violence) ran into Steve, and “for the first time I looked at him not as the person who had hurt me, and I think that happened because he didn’t look well, and he looked unhappy, and I thought, ‘I don’t wish that on anyone, even the person that hurt me.’

“That’s when I became curious about him and thought, ‘I wonder if the abuse that he inflicted on me has affected his life?’”

Gender-based violence is one of the most pervasive human rights violations in the world: the United Nations reports that roughly 70 per cent of women have been subject to a form of physical or sexual abuse from an intimate partner or loved one.

Also in Canada: Approximately every six days, a woman is killed at the hands of her intimate partner.

Khan had long been dedicated to ending gender-based violence through her work when the idea for A Better Man began to take shape. When she asked Steve to participate in the film, she didn’t expect him to say yes.

“I said, ‘I have this idea: I think it’s incredible that you and I can stand here and have a conversation, and I’ve been thinking that I’d like to make a documentary about preventing domestic violence, and I thought that it would be really helpful to show you and I having a conversation together,” recalls Khan.

“And he was just looking at me in disbelief. I let him sit with that, and he said, ‘You know, my gut is telling me that this is the right thing to do, and to be honest, if I could help one young man change his path and not use violence, then I think it would be worth it.’”

Their initial conversation took place in a Toronto café. Khan’s friend operated the camera while Khan questioned Steve about the violence he’d inflicted on her, and what he remembered about specific assaults.

The conversation was emotionally raw and intimate and, for Khan, illuminating. “When I left after that first conversation, I had a huge sense of relief,” she recalls. “I didn’t get a lot of answers, but I got enough, and I left and I felt great.”

Khan had originally intended to edit that first conversation into a short film, but how she felt after that initial interview (as well as the response she received when she told people about it) compelled her forward into feature-length documentary territory.

Steve consented to participate in what ended up being a four-year journey.

Many of Khan and Steve’s subsequent conversations were facilitated by a therapist who works with men who have used violence in relationships.

“It surprised me that Steve kept participating,” says Khan. “He kept showing up. They weren’t easy conversations, but that’s part of the accountability. That’s how I knew he was really taking responsibility for this, and in such a public way.”

A Better Man was produced by the National Film Board of Canada and TVO, co-directed by Lawrence Jackman, and counts Sarah Polley among its executive producers. It began its festival journey earlier this year at Hot Docs and has since screened in New York City, Milan, San Diego and Halifax.

Khan’s goal with A Better Man is not to inspire survivors of violence to enter into conversations with their abusers; rather, she aims to offer a fresh and nuanced look at the healing and revelation that can happen for everyone involved when men take responsibility for their abuse. She also hopes to empower audience members to play new roles in challenging domestic violence, whether it’s in their own relationships or as part of a broader movement for social change. Peruse the comprehensive online resources at abettermanfilm.com.

• A Better Man screens Nov. 23 at SFU Woodward's Djavad Mowafaghian Theatre as part of Reel Causes. The screening will support We Can BC and Battered Women’s Support Services. There will be a post-film Q&A with local activists. Tickets and schedule information at reelcauses.org.