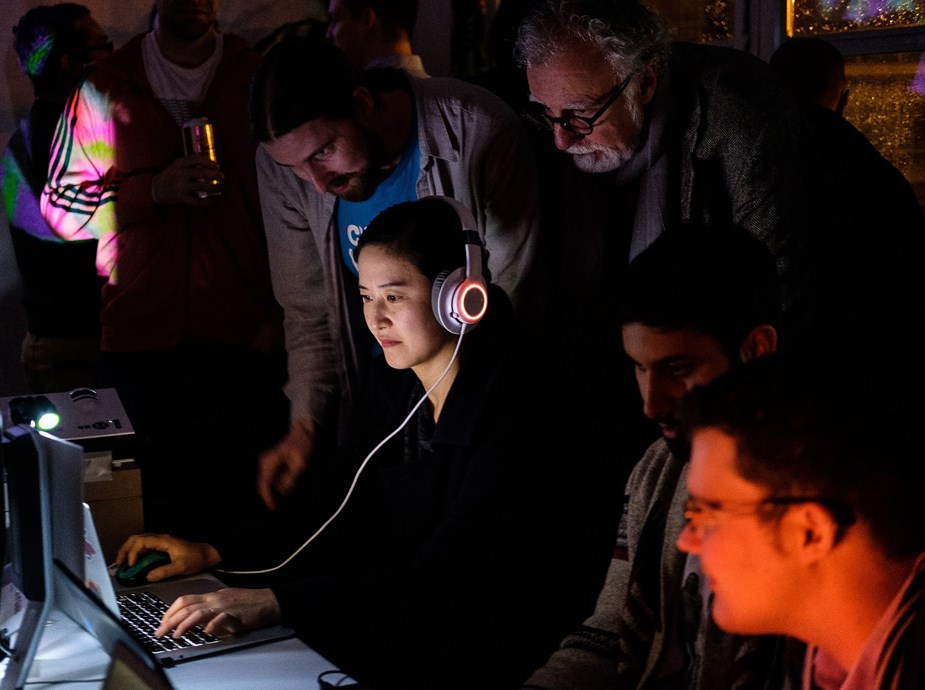 Visitors to the Heart Projector Volume X alt game arcade will have the opportunity to play games that are challenging, evocative, and provocative.Contributed photo

The arcade is the brainchild of the Heart Projector collective, and features games that live in the muddy zone between indie games and the art world, says Leanne Roed, one of the event organizers.

“Alt games are games that aren’t aimed at commercial success,” says Roed, a Vancouver-based game developer. “They are games that are experimental or challenging in the sense that you might not know what you’re supposed to do or feel, or they tackle subject matter that is challenging.”

Roed founded an alt game meet-up group a few years ago after encountering an increasing number of “really interesting, really strange games online that were half in the art world and half in the gaming world.” According to Roed, she couldn’t find anyone with whom to discuss her discoveries: her art school friends didn’t want to talk about games, and her game developer friends didn’t want to talk about art (“It’s kind of an uncomfortable intersection,” she muses) – and so she founded the group in order to “find some likeminded people.” Thus, the members of the Heart Projector collective found each other, and their pop-up arcades were born.

Visitors to Heart Projector Volume X will be able to play six games created by some of the most daring alt-game developers on the planet. The games - which will be set up on laptops - include Stick Shift, a sexually charged game by famed alt game creator by Robert Yang (“He created a game where you are sitting in a driver’s seat of a car and you have the stick shift of the car and you have to bring the car to completion, I guess you could say,” says Roed); Monkey Fortunately by Nathalie Lawhead; Lim by merritt k, which Roed says speaks on issues of body dysmorphia and fitting in; Slave Of God by Stephen Lavelle; Anatomy by Kitty Horrorshow, which Roed describes as exploring “themes that you typically find in any horror movie”; and Barkley, Shut Up and Jam: Gaiden by Tales of Game's Studios.

The aim of Heart Projector Volume X is to introduce players to the world of alt games so that they can integrate them into their entertainment diets, says Roed. “There’s a depth and breadth [to alt games] that I think the average person isn’t aware of, and I think that they are missing something they would really love by not being aware that these exist,” says Roed.