Laughing for a cause: Eric McCormack leads local charity reading of Burn This

When an earthquake and tsunami devastated Indonesia and Southeast Asia on December 26, 2004, killing 280,000 people and displacing millions, Vancouverite Jenny Mitchell watched the aftermath on television like countless others around the world: in a
Jun 13, 2017 9:00 AM By: Sabrina Furminger 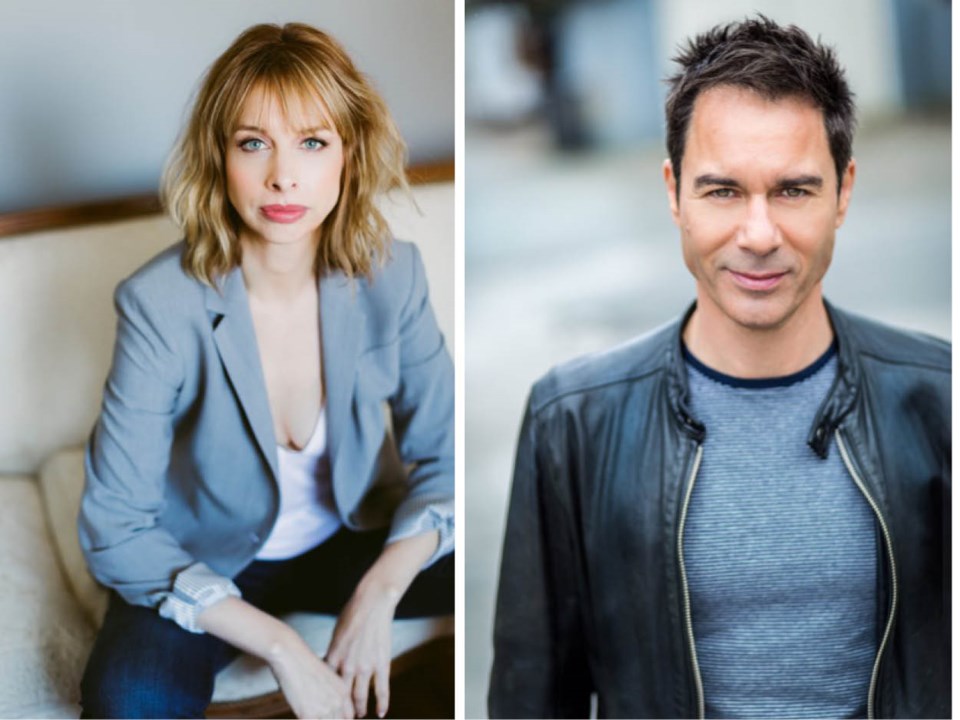 Actress Jenny Mitchell (left) founded the Laughing Matters Theatre Company to raise money for charity through stage readings of classic or rarely performed plays. The next event features 'Will and Grace' star Eric McCormack in a reading of Lanford Wilson's 'Burn This.'

When an earthquake and tsunami devastated Indonesia and Southeast Asia on December 26, 2004, killing 280,000 people and displacing millions, Vancouverite Jenny Mitchell watched the aftermath on television like countless others around the world: in a state of horror and profound sadness.

At the time, Mitchell was a working actress and mother to a newborn and a two-year-old. She yearned to do something, anything, to help those impacted by the twin natural disasters, but she felt extremely limited in what she could offer. “I couldn’t go to ground zero because I had these babies, and I didn’t have the money to write a big cheque,” says Mitchell in a recent phone interview. Still, “I wanted to help in some way.”

And so Mitchell called upon something well within her grasp – her long background in showbiz – in order to make a difference on the other side of the planet. She gathered together some of her acting friends, and produced a stage reading of Noel Coward’s Present Laughter at Presentation House. That event raised more than $4,000 for UNICEF’s earthquake and tsunami relief efforts in Southeast Asia. “It felt really good to be able to actually write a big cheque,” she recalls.

Since 2005, Mitchell – whose acting filmography includes No Men Beyond This Point, Motive, The Romeo Section, and Travelers – has written plenty of big cheques through her non-profit, Laughing Matters Theatre Company. The stated aim of Laughing Matters is to amuse and entertain Vancouver audiences through stage readings of classic or rarely performed plays, with all proceeds going to an array of charitable organizations, including Dress for Success, Beauty Night Society, Project Limelight, and Athletics for Kids. “It’s turning into something I’m really proud of,” says Mitchell.

For the uninitiated, stage readings are markedly different from full-scale productions. The actors sit on stools and read directly from scripts, sometimes for the very first time. There aren’t any props. There’s no lighting design or blocking. “It’s very barebones, and it can give a behind-the-scenes sense for the audience of what it’s like to not be polished,” says Mitchell, who aims to produce one stage reading per month.

“We drop our scripts on the floor. We make mistakes. We crack up. It’s very informal, but it’s also a great way to get some plays in front of an audience that maybe wouldn’t get produced here otherwise.”

Such readings have featured an eye-popping who’s who of Vancouver’s top acting talent, including Gabrielle Rose, John Cassini, Jennifer Copping, Kyra Zagorsky, Hilary Jardine, David Lewis, Adrian Holmes, Nicholas Lea, and Ben Ratner (“A lot of them love doing theatre but their filming schedules don’t allow for it, so it’s a great way for them to come out and read something in a low-risk way,” says Mitchell).

Laughing Matters’ next reading on June 17 includes one heckuva big name – Eric McCormack, star of Will and Grace and Travelers – in a stage reading of Lanford Wilson's Burn This.

Burn This – which premiered off-Broadway in 1987 – is “an intense relationship drama,” says Mitchell. The action takes place after the funeral of a young gay dancer named Robbie; a quartet of mourners – Robbie’s roommate Anna, confident ad man Larry, Anna’s longtime lover Burton, and Robbie's coke-snorting brother Pale – attempt to make sense of their lives in the face of Robbie’s senseless death.

McCormack will be joined for this one-night-only reading by several of his Travelers co-stars: Leah Cairns, Patrick Gilmore, and Vincent Gale. All proceeds go to Prostate Cancer Canada, a charity McCormack has long championed.

Burn This was McCormack’s choice, notes Mitchell. “I normally pick the project, but because Eric wanted to do one, I felt like it was his right to do whatever he wanted, and this was the play he wanted to do,” says Mitchell, who describes McCormack as a 25-year mentor. McCormack is currently in Vancouver filming the second season of Travelers and will soon be seen in NBC’s 10-episode revival of Will and Grace. “That he’s fitting [Burn This] in and he wants to do it? Grateful doesn’t even touch it,” Mitchell marvels.

If Burn This sounds like your cup of tea, grab your tickets now. “We’re going to get a ton of people coming out to see Eric,” says Mitchell. “I don’t think there will be any tickets at the door.”