Married to the biz 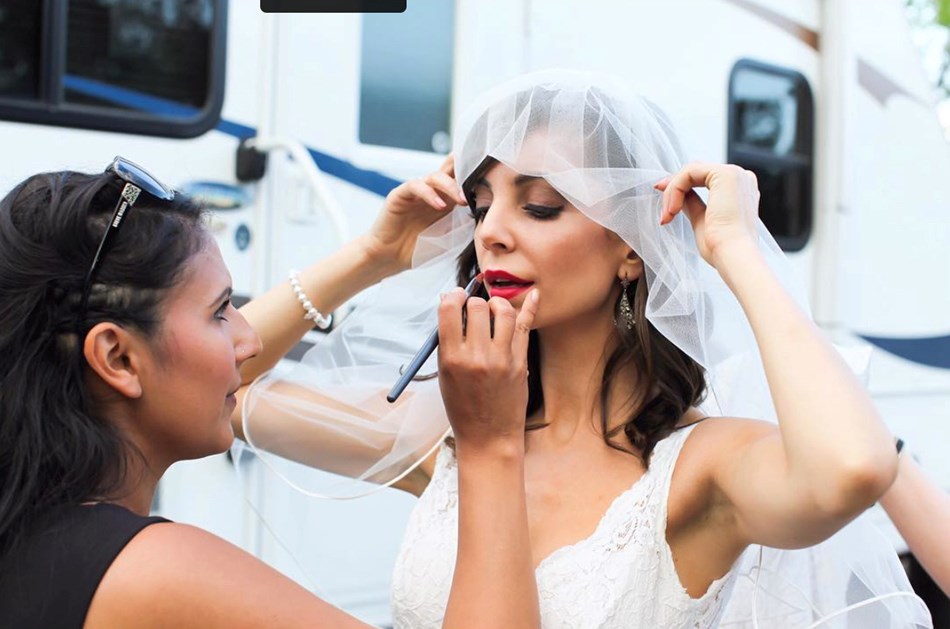 Free time is a precious commodity, and over the last couple of years, Vancouver actress Farrah Aviva hasn’t had much of it.

She’s been busy collaborating on feature films (A.R.C.H.I.E., which features the voice of Michael J. Fox, and The Adventure Club) with her longtime fiancé, Toronto-born actor-writer-director Robin Dunne (star of Sanctuary and Space Milkshake).

They’ve been so busy with film work that earlier this summer, nearly two years after Dunne popped the question and Aviva said yes, they still hadn’t set a wedding date.

So last month, when the script for their latest movie – the Regina-shot Welcome to Nowhere, co-written and directed by Dunne and co-starring them both – called for a wedding between Aviva’s character and that of Vancouver actor Matty Finochio, Dunne and Aviva opted to throw their own wedding on the film set minutes after they wrapped on the fictional one.

“It started as a joke,” chuckles Dunne during a conference call with Aviva and Reel People. “Like, ‘you know what would be funny: if we actually used this day on the movie set and just got married?’” They floated this off-the-wall notion to Welcome to Nowhere’s producer, Shayne Putzlocher, one night over dinner.

The couple thought their producer would scoff at the idea; instead, “he was like, ‘That’s a great idea! We have to do this!’” marvels Dunne.

Since so many of Dunne and Aviva’s friends were already in the Welcome to Nowhere cast (including Vancouver powerhouses Sara Canning (Eadweard; On The Farm), Dan Payne, and David Milchard, as well as Carlo Rota and Chantal Kreviazuk), they didn’t have to expand the guest list all that much to transform the fictional wedding into a bona-fide one.

The pair treated their July 15 wedding just like any other important line item on their lengthy Welcome to Nowhere to-do list – and learned that there are ample similarities between the two types of productions.

Rota officiated the on-screen wedding, but for the non-fiction one, Dunne and Aviva picked an officiant at random from a web site, to classic rom-com effect.

“I meet Robin at the end of the aisle, and [the officiant] starts talking, and in the first 10 seconds, she mentions water beetles, and unicorns, and rainbows, and I just start laughing so hard, I had tears coming down my face,” says Aviva. At the end of 20 kooky minutes of water beetle and unicorn talk, the officiant “hands us this random stick, and Robin takes it and she has him throw it into a waterfall.”

“Thank God no one brought their dog,” adds Dunne.

And with that, they signed some papers and were legally married – and almost immediately after the ceremony, Dunne was back behind the camera, shooting footage of guests celebrating in the tent for use in the film.

They didn’t plan it this way, but both Dunne and Aviva wrote their vows on the back of pages from Welcome to Nowhere’s script. “It’s so perfectly us, because we’re always doing eight things at once, but we always manage to get everything done,” says Aviva.

Welcome to Nowhere is a comedy about a man who returns to a rural town called Nowhere following the death of his father – and tries to get out from under a mountain of debt by faking an alien landing on the family farm. It’s slated for release in late 2016. Follow the film’s progress @WTNFilm.