And four other events that make Vancouver awesome this week
Mar 29, 2018 7:00 AM By: Lindsay William-Ross 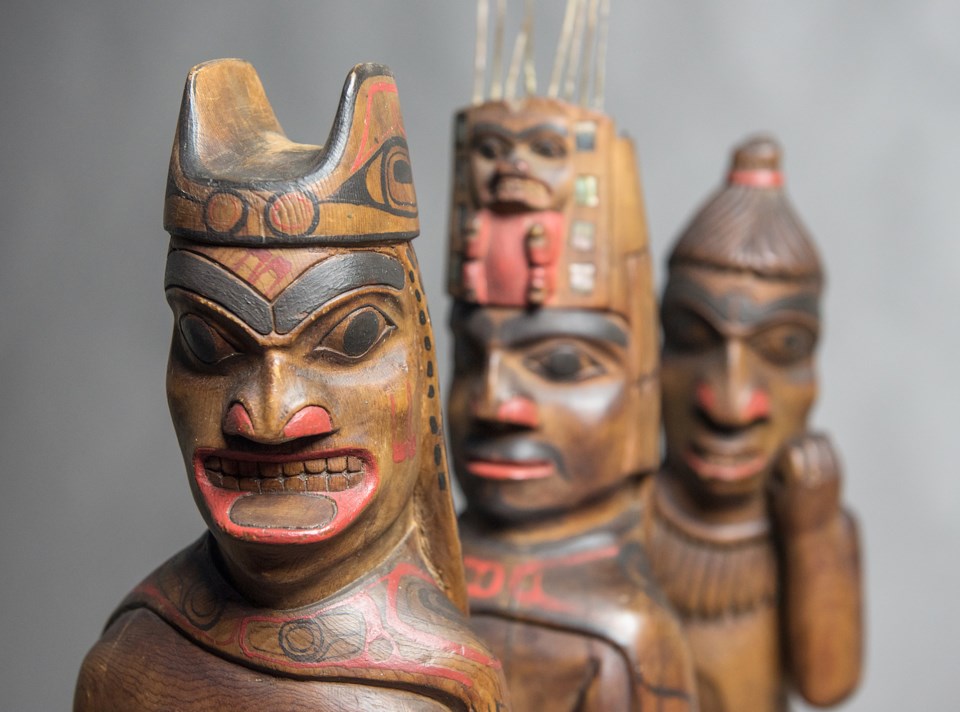 Two years in the making, E Now includes more than 450 works from the Museum of Vancouver’s extensive collection.

Haida Now
A powerful new exhibit at the Museum of Vancouver has recently opened, focusing on the rich culture, traditions, art and artifacts of Haida Gwaii and its people. Haida Now, which runs until June 2019, takes visitors deep into the Haida’s supernatural origins, robust pre-colonial trade era and into their contemporary role in Vancouver and British Columbia. Two years in the making, Haida Now includes more than 450 works from the MOV’s extensive collection.
Now through June 2019
Museum of Vancouver, 1100 Chestnut St.
museumofvancouver.ca/haida-now

PlayDome
An indoor amusement park in the heart of Vancouver sounds pretty dreamy… and it’s actually happening. PlayDome, Western Canada’s largest indoor carnival, returns to BC Place for six days, giving Vancouverites something fun to do during spring break. PlayDome features more than 45 rides and attractions, all tucked under the dome of BC Place, which means this is fun rain or shine. The event also features carnival game and plenty of your favourite carnival eats (hello, mini doughnuts).
Until April 2
BC Place, 777 Pacific Boulevard
bcplace.com/events/2017/playdome

Shut Up and Say Something
Spoken word artist Shane Koyczan gave the world something to think about when he performed his provocative poem “We Are More (Define Canada)” at the opening ceremony of the 2010 Vancouver Olympics. Now filmmaker Melanie Wood, in collaboration with Stuart Gillies, has given us a unique glimpse into the Penticton-based writer and artist’s world in the film Shut Up and Say Something.
March 30, 2:30 p.m. and March 31, 4:30 p.m.
Vancity Theatre, 1181 Seymour St.
viff.org

Coronation 47: Black & White Ball
Did you know Vancouver’s drag scene has a monarchy? Now in its 47th year, the Dogwood Monarchist Society will soon name its new Empress. There are a number of festivities in conjunction with the vibrant event. However, the crowning ceremony is just that: a “black and white” coronation ball held at the Commodore Ballroom. Following the ball is the Command Show, featuring Tatianna from RuPaul’s Drag Race and an array of special guests.
March 31, 5 to 9 p.m. Command Show follows at 9 p.m.
Commodore Ballroom, 868 Granville St.
facebook.com/events/293154027839025/

EartHand Gleaners + Hives for Humanity Community Fundraiser
Bees plus beer plus awesome things being done in the community should be reason enough to plan to head to Luppolo Brewing on a Tuesday evening to support Hives for Humanity and EartHand Gleaners. This free event will feature beer, food specials, live entertainment, door prizes, a silent auction and the chance to get to know what these two organizations have been doing in Vancouver.
April 3, 6 to 9 p.m.
Luppolo Brewing, 1123 Venables St.
facebook.com/events/436472743455199/

For more events, go to vancouverisawesome.com.