Thoreau wrote that the world is but a blank canvas to our imagination. City bylaws see it otherwise.
May 14, 2013 9:00 PM By: Kelsey Klassen 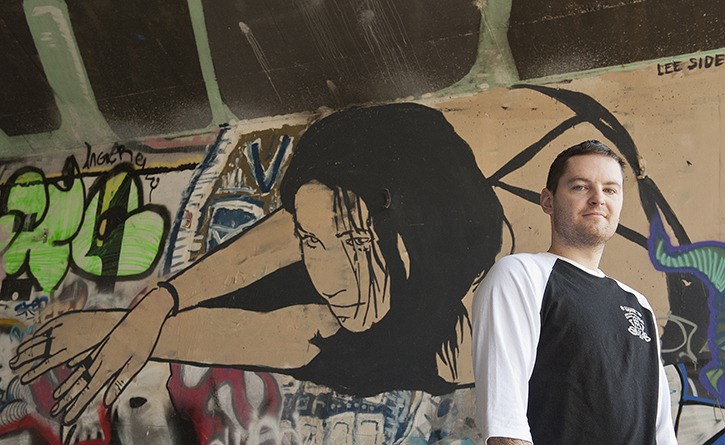 Thoreau wrote that the world is but a blank canvas to our imagination. City bylaws see it otherwise.

Tough restrictions on public murals are the first of two reasons why our cover illustrator Nick Gregson started the Metro Vancouver Mural Project a non-profit that aims to pair local artists with donated wall space.

The second is purely economic.

"I really think that there are so many big blank walls in Vancouver. Its just insane how much graffiti management spends on buffing and then you get those white squares that are off, the tints not quite the same," he smiles ruefully.

Gregson, 28, has learned through experience that transforming walls with artwork (to a standard that taggers and graffiti artists will respect) is one of the best ways to prevent costly future vandalism.

And the city agrees. To address the increasing issue of graffiti in Vancouver and help keep the city beautiful, City Council reestablished the Integrated Graffiti Management Program in 2012.

While the focus has been on the repair of existing damaged murals, the City will be considering new murals in the near future. Murals have been shown to be an effective tool to prevent illegal graffiti and help to make city streets more vibrant, says councillor Heather Deal, liaison to the Citys Arts and Culture Policy Council.

Gregson was recently hired by the owners of Bons to paint murals at two of their restaurants for that very reason.

"When people have graffiti problems, the City hounds them to paint over it, and [the owner] said he was painting it every week," says Gregson.

The graffiti bylaw requires property owners to have graffiti removed within 10 days of being served a notice from the City. But the Citys stance isnt as hard-nosed as a street artist such as Gregson might perceive.

The soft-spoken former construction labourer grew up next to the Leeside Tunnel skateboard park at Hastings and Cassiar, one those places in Vancouver where the artwork seems to be left alone by bylaw officers. The park was named in memory of Lee Matasi, an aspiring artist and skateboarder who was shot and killed in Gastown in 2005.

According to Deal, while the city does not support any free or legal graffiti walls, there are more than 200 murals in Vancouver, whose artists were engaged through a variety of processes including RestART (Restorative Justice through Art), working with community groups, working with the property owner, and/or working directly with staff.

In addition to aesthetics, there is a secondary benefit to active mural programs: cities such as Chemainus and Vernon have embraced the practice to the point where their murals are now heavily touristed, create jobs, and their arts communities are stimulated and thriving.

Gregson, through his organization, has begun applying for mural grants in cities throughout Metro Vancouver, and aims to meet with Deal in the hopes of lobbying for more opportunities like that.

The Emily Carr drop out, who suffers from dyslexia but says art just comes easily to him, is also working on projects in Port Moody, North Vancouver, Burnaby and Victoria. And on a recent trip to LA, he offered up a free mural on Craigslist and received more than 500 responses. The construction company he eventually gifted the mural to is planning to fly him back down to work on more developments.

Back at home, Gregson has a show June 6 at the Leo Koo Gallery at W. 3rd and Burrard, entitled Own Your Walls. Having recently been advised to raise his prices, this might be one of the last times you can get an original Gregson at the astonishingly low prices he has been selling his artwork for.

Do you think Vancouver should have more murals? Comment on this story below: