Otic Sound charting its own course

Deep in the heart of Strathcona lies a recording studio and analog mecca for Vancouver artists who err on the side of experimental. This is where you will find Josh Stevenson, owner and operator of Otic Sound , and the artist known as Magneticring .
Mar 18, 2015 4:34 PM By: Louise Burns 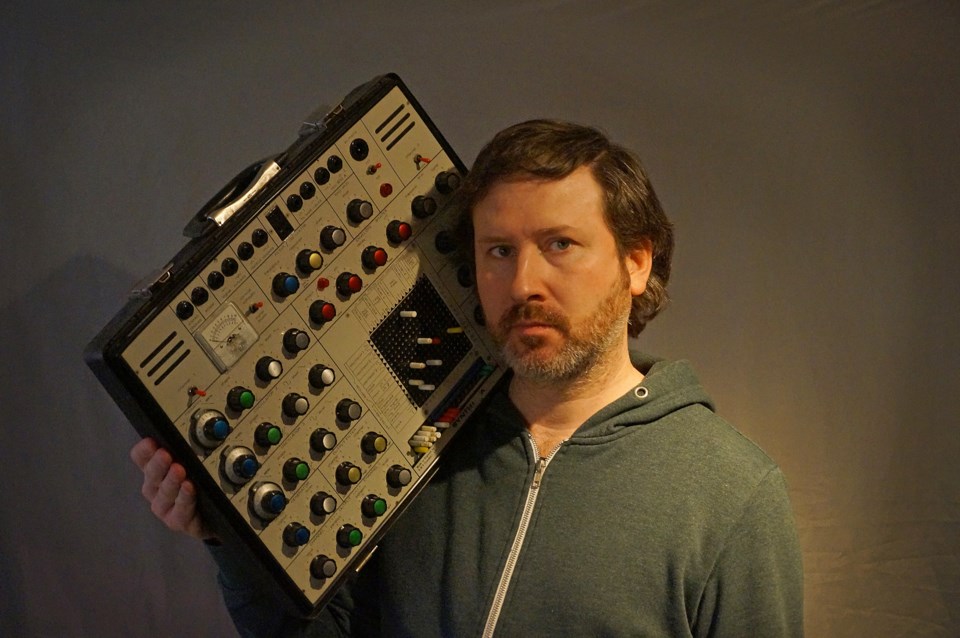 Musician, recording engineer, and synth-lover Josh Stevenson has carved out a career in music by ignoring the music industry.Contributed photo

Deep in the heart of Strathcona lies a recording studio and analog mecca for Vancouver artists who err on the side of experimental. This is where you will find Josh Stevenson, owner and operator of Otic Sound, and the artist known as Magneticring.

The list of Otic Sound alumni is impressive: Destroyer, White Lung, Peace, and Sur Une Plage are just a handful of artists he has produced, mixed or mastered. Over the past two decades, he has interned at the infamous Ardent Studios, played Lollapalooza with Staked Plains, recorded beautiful esoteric music in Egyptian apartments, and even started his own cassette label, Cast Exotic Archives. Naturally, my first question is how does one create such a rich life for oneself in this ever-crumbling industry.

“After discovering The Cramps at the age of 11, I sort of knew I was meant to make music.” says Stevenson, during a break from a late night session at his studio. “I always knew I wanted to make music, regardless of making a living at it. It's my spiritual practice”.

After getting into college radio at the age of 13, Stevenson recorded his first high school band on a ghetto blaster. In his words, this began a long tradition where Stevenson “ended up being the guy recording the projects I was involved with.”

After high school he moved to Memphis, Tennessee, and interned at Ardent Studios. One of North America’s most prestigious recording studios, Ardent's hallowed halls have seen the likes of Big Star, R.E.M, and The Staples Singers, just to name a few. Despite this tutelage, Stevenson was more drawn to unorthodox producers and mixers, rather than the glamour (or lack thereof) of becoming a standard recording engineer.

“Connie Plank and Martin Hannett would be some obvious influences on me, but I'm also influenced by people like Spot (who produced most of the SST records) and low-fi weirdos like Joe Meek. I approach production as a musician, not as a pawn of the music industry.”

Stevenson moved to Vancouver in the '90s where he continued to balance his love of playing and recording music. In addition to his studio work, he was a member of Portland experimental group Jackie-O Motherfucker, and began contributing to the Canadian canon of empirical-drone with Vancouver’s dusk-punk band Von Bingen and his own project, Magneticring.

The music of Magneticring draws influence from Javanese Gamelan, obscure psychedelic and new age music. Pieces are formed through a process of improvisation and analysis, rather than straight-forward composition.

“Then the fun part is learning how to perform the edited composition live. My process usually involves composition melding with improvisation.” says Stevenson.

His last release, The Fluid is Floating, was a live album, recorded at the request of the Italian label Dokuro, who wanted a performance of Stevenson using the rare EMS Synthi AKS synthesizer. Like most of his live shows, both sides of the recording are improvised, and incredibly hypnotic. On his Soundcloud page, you’ll also find a collaboration with Montreal/Cairo musician Osama Shalabi (Sam Shalabi), a project recorded in Shalabi’s Cairo apartment last spring. It is a perfect example of Stevenson’s vast understanding of music, not only as a collaborator and composer, but as a producer as well.

What is refreshing about Stevenson, Otic Sound and his various works as an artist, is that his work does not come from some ulterior motive. He is a vessel, a channel, a deity of his own design with the sole purpose of making music that enriches the scene, instead of scorning it.

“I think Vancouver has a truly unique music scene with a lot of diversity.” he says. “When I moved here in the '90s there was an incredible experimental music scene, but then it faded for awhile. Things move in cycles and there's a lot of exciting new musicians making sounds in this town these days," he continues. "Spaces like Red Gate, Remington Gallery, Dunlevy Snack Bar, Index come into mind as hubs for the local underground.”

This year, Magneticring’s 2008 self-titled LP on Uzu Audio will be reissued in Europe by Luxembourg label Nouvelle Nicotine. Stevenson is currently working on new music from Vancouver’s Peace, as well as the solo work by Peace vocalist Dan Geddes, and preparing for his show this Friday with Summering (a band he just finished recording) and Flowers & Fire.

The final question. How does one stay afloat in the turbulent waters of music business for so many years?

The answer is simple. “I ignore the music industry”