Burning Point : There’s a reason why Whistler Film Festival named Agam Darshi one of its 2016 Stars to Watch: Darshi is hella versatile, as her lengthy filmography (which includes Sanctuary , Played , and The Romeo Section ) can attest.
Jan 30, 2017 10:20 AM By: Sabrina Furminger 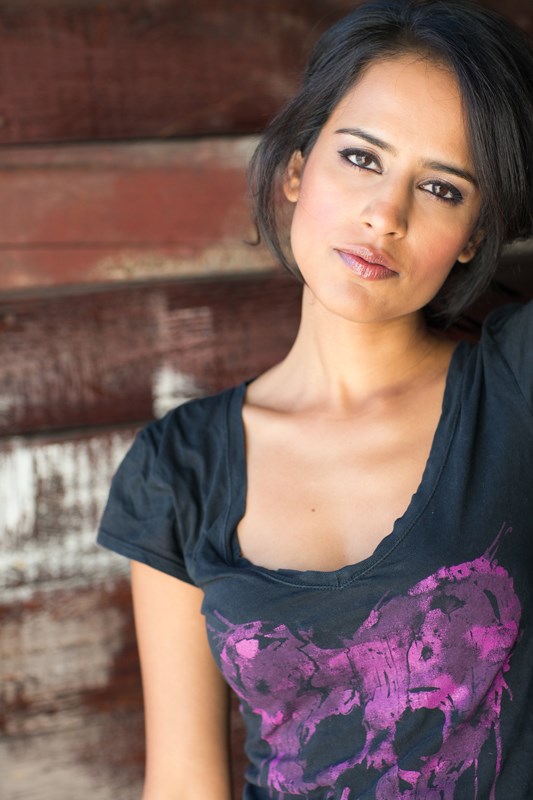 Burning Point: There’s a reason why Whistler Film Festival named Agam Darshi one of its 2016 Stars to Watch: Darshi is hella versatile, as her lengthy filmography (which includes Sanctuary, Played, and The Romeo Section) can attest. Darshi’s versatility will be on display this week in Burning Point, a one-woman stage show written by and starring the Vancouver-based actress (who also logged a scene-stealing turn in the Regina-shot feature film Chokeslam, which screened at WFF and enters limited release later this month). In Burning Point, Darshi portrays several women, separated by era and geography, whose lives are connected by an extraordinary pain in their right hand. Thus, Darshi plays a present-day career woman in Boston; a rebel in 1980s England; a hard-working girl in 1960s East Africa; and a sweet, dutiful young woman in 1940s India. This workshop production is directed by Orsy Szabó (Lead and Follow; In the Deep) and marks Darshi’s return to the stage after 15 years. Burning Point runs February 2-5 at Railtown Actors Studio. Tickets and additional information at www.brownpapertickets.com/event/2823073.

Vivez le cinéma français!: The Rendez-Vous French Canadian Film Festival returns to Vancouver this week for its 23rd edition, presenting more than 40 films from Quebec and France, as well as Q&As and special events. Highlights include Xavier Dolan’s Juste la fin du monde, which won both the Palme d'Or and the Prize of the Ecumenical Cannes Jury last May, as well as Sébastien Chabot’s unusual gardening-focused The Gardener, Mes nuits feront echo by Sophie Goyette, Alain Desrochers’ Nitro Rush, and Quebec My Country Mon Pays by John Walker, which uses archival materials and the director's family history as a way to better understand the roots of the divide between Francophones and Anglophones. The Rendez-Vous French Canadian Film Festival runs February 2-12 at various Vancouver venues, including SFU Woodwards and Alliance française. Tickets and schedule information at www.rendez-vousvancouver.com.

CANDiLAND: The locally shot feature film CANDiLAND has its hometown premiere at the Rio Theatre this week. From the press release: “New lovebirds Peter (James Clayton) and Tess (Chelah Horsdal) find solace in each other’s brokenness. They decide to isolate themselves from the world inside Peter’s apartment, creating their own reality – CANDiLAND – but their possessive love descends into a surreal savagery. Their only hope to survive is the intervention of Peter’s estranged father Arnie (Gary Busey). But will he reach them in time?” CANDiLAND is based on the novel by Elizabeth Engstrom and was adapted for the screen by director Rusty Nixon. CANDiLAND – which won Best World Premiere at the Julien Dubuque International Film Festival 2016 – features a long list of Vancouver talent, including Lori Triolo, David Lewis, Dave Collette, and Blaine Anderson. CANDiLAND has its Vancouver premiere at the Rio Theatre on February 3; writer-director Rusty Nixon, actors Chelah Horsdal and James Clayton, and novelist Elizabeth Engstrom will be in attendance for a post-film panel discussion moderated by producer Blaine Anderson. For tickets, visit https://riotheatretickets.ca.

Tuesday Night Live: Tuesday Night Live – the ongoing storytelling series which brings actors, producers, directors, agents, and writers together in an intimate setting for sharing and community building – returns this week with a compelling line-up of industry professionals, each and every one with a story to tell: actor, writer, and director Willie Aames; director/producer Zach Lipovsky; and actor Jarod Joseph. The storytelling will be followed by a Q&A. The event is free, with a suggested donation of $5 in support of Project Limelight Society, a free performing arts program for kids living in Vancouver's Downtown Eastside and Strathcona. Tuesday Night Live takes place January 31 at Lux Lounge (1180 Howe Street, Vancouver). Additional details at https://www.facebook.com/events/1504951659806267/permalink/1636533376648094/.