And four other reasons Vancouver is awesome this week
Feb 22, 2018 7:00 AM By: Lindsay William-Ross 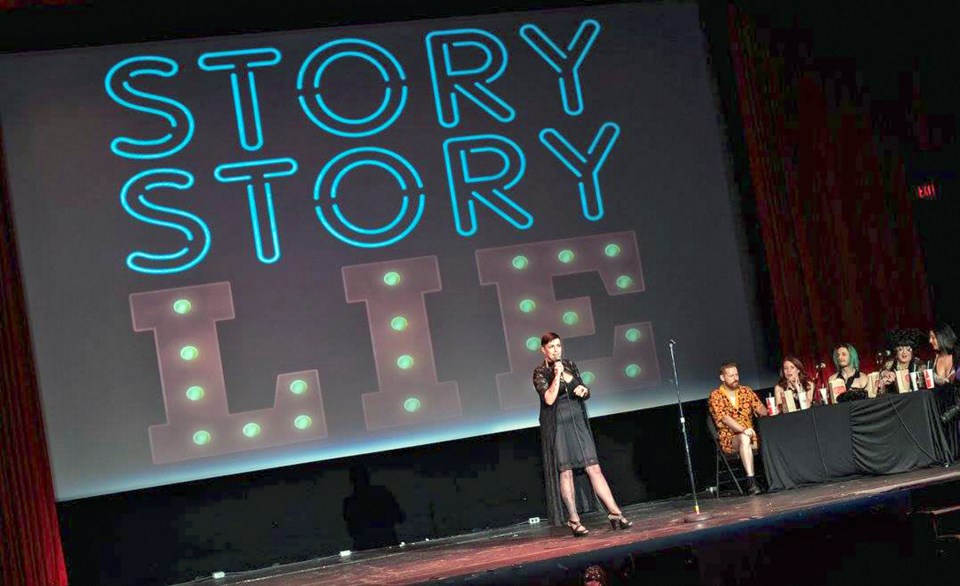 Sit right back and you’ll hear a tale... actually, you’ll hear a few tales at the live stage show Story Story Lie at the Rio, and it’s up to you to decide who is telling the truth.

Story Story Lie: Smooth Criminal
Sit right back and you’ll hear a tale... actually, you’ll hear a few tales at the live stage show Story Story Lie at the Rio, and it’s up to you to decide who is telling the truth. The storytelling game show, hosted by Jo Dworschak, is themed “Smooth Criminal” this month, and you can expect to hear some high-stakes, near-impossible, unique tall tales.
Feb. 22, 7 p.m.
Rio Theatre, 1660 East Broadway
riotheatre.ca/event/story-story-lie/

Seven Tyrants presents A Steady Rain
Did you know there are rarely used private rooms above Vancouver’s storied Penthouse Nightclub? They were once where you could find exclusive parties and live performances from visiting legends such as Louis Armstrong, Ella Fitzgerald, Sammy Davis Jr. and Frank Sinatra. For Seven Tyrants’ production of the Broadway play A Steady Rain, those rooms have been converted into a venue for the gritty show set in Chicago.
Now through March 3, 7 p.m., Saturday matinee Feb. 24, 4 p.m.
The Penthouse Studio Theatre, 1019 Seymour St.
seventyrants.com

The Anti-Fascist Children’s Hour
Despite its name, this is one night you have to leave the kids with a sitter. This 18-plus evening will meld together the seemingly disparate worlds of parenthood, anti-Nazism and puppets. For one night only, the 604 Records studio will be transformed into the home of “Auntie Fa,” a kindly old fascist-puncher who spins a world of song, magic, craft-building and puppetry. The event is to celebrate the release of comedian Charlie Demers’ Juno-nominated album Fatherland and will be viewable by livestream on the 604 Records website and Facebook page.
Feb. 27, 6 p.m.
604 Records Soundstage and online at 604records.com

Vancouver International Wine Festival
Spanning multiple days and featuring numerous events from gala tastings to intimate dinners, the Vancouver International Wine Festival is considered one of the best of its kind in the world. This is a rare opportunity for wine lovers to meet owners, winemakers and winery reps from around the globe. Oh, and did we mention you get to taste all sorts of wine? Cheers!
Feb. 24 to March 4
Various locations
vanwinefest.ca

For more events, go to vancouverisawesome.com.