State of the Arts: Women tell The Winter’s Tale 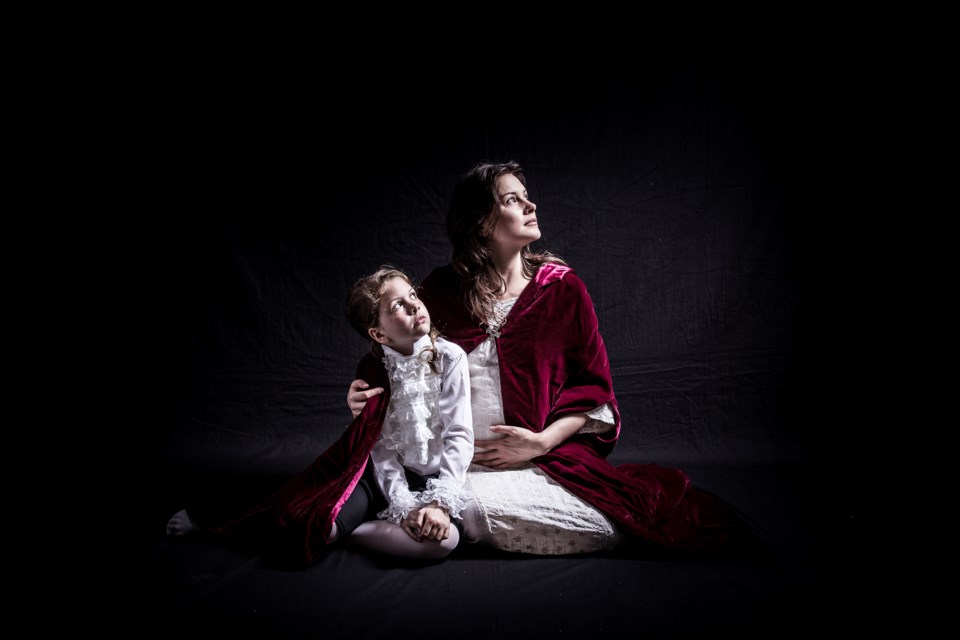 In Elizabethan productions of the Bard’s plays, men minced and despaired in female roles. Now women are tackling men’s parts.

Audience members can see women embody Shakespeare’s men in a production of The Winter’s Tale that opens July 26 at the PAL Studio Theatre.

“There are so many women actors and so few parts for us that two things happen,” said Christina Wells Campbell, artistic director of Classic Chic. “We don’t get enough opportunities to practice our craft and, especially in the classics, we don’t get the opportunities to have the really big roles, the really big meaty roles… It’s not just about being a man or a woman, it’s about being a human being and those roles ask those important questions.”

The Winter’s Tale was the resounding choice for Classic Chic’s first foray.

The production will be replete with music, dancing and swordplay.

Classic Chic is dedicated to inserting female actors into classical male roles and to creating a forum for women and audiences to explore different possibilities.

“There were certain roles that I wanted to play that came from the classical canon and it just felt like I was never going to have the opportunity to play those roles unless there was a company dedicated to doing that,” Wells Campbell said. “I would love to play Iago in Othello. There’s just something so intense and evil. It’s kind of a wonderful thing to play a really bad character.”

Members of the collective have also discussed mounting Amadeus, The Importance of Being Earnest and Glengarry Glen Ross.

“It’s going to take a real active will on the part of people who program stages to have their stages represent the world around them,” Wells Campbell said. “If women are 50 per cent of the population, they should be half the playwrights, they should be half the people on the stage… and the same with multiculturalism. Vancouver is made up of mostly Asian people but you very rarely see them represented on our stages.”

She’s aware of at least half a dozen theatre companies mainly in North America, but she’s heard there’s one in Japan, that solely cast women in William Shakespeare’s roles.

Roughly 90 female actors auditioned for about 20 parts in Classic Chic’s production in May, said Wells Campbell.

“They’re really butching it up” as rehearsals continue.

She is watching gender transformations from the sidelines as she plays Paulina.

Wolpe, who has played more of Shakespeare’s male roles than any other woman in history and received multiple accolades for her work, led a cross-gender acting workshop this winter in Vancouver.

Wolpe highlighted how men typically take up more physical space than women and communicate more directly. A lawyer who heard Wolpe speak at a related fundraiser said the actor and director’s teachings could benefit her female clients who have to face their abusers in court, according to Wells Campbell

The Winter’s Tale runs from July 26 to Aug. 9 at 581 Cardero St. For more information, see classicchic.ca.