It started with fear. If Fiona Forbes hadn’t been deathly afraid of public speaking, she wouldn’t be a broadcaster today. It’s somewhat inconceivable that there was ever a time when Forbes was scared to open her mouth in public.
Jan 14, 2015 9:01 AM By: Sabrina Furminger 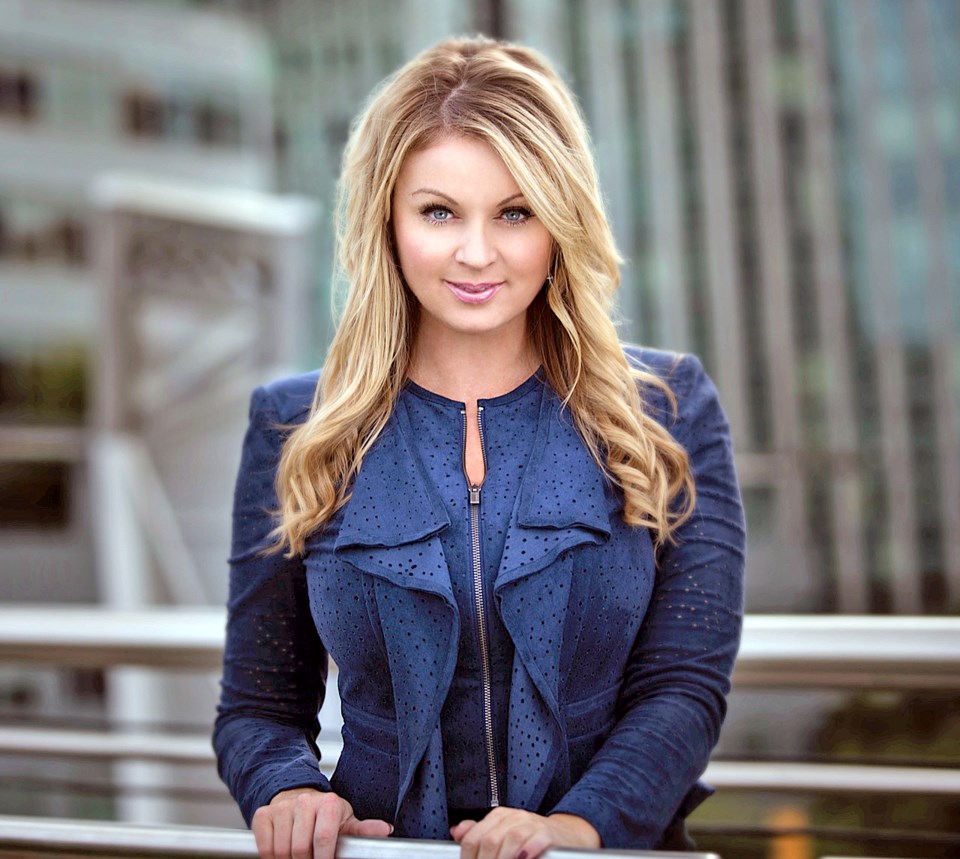 It started with fear.

If Fiona Forbes hadn’t been deathly afraid of public speaking, she wouldn’t be a broadcaster today.

It’s somewhat inconceivable that there was ever a time when Forbes was scared to open her mouth in public. She’s been a fixture on local airwaves for more than 24 years, easily recognized as the affable co-host of Shaw’s Urban Rush and its offspring, The Rush, which capped off an 18-year run this past October.

And yet, when Forbes was a teenager, she was absolutely frightened to speak in public – and because she’d decided that she would become a lawyer like her father, she didn’t think her fear of public speaking would matter much to her future career.

But as she prepared for her post-secondary studies, her father – William O’Malley Forbes, also an actor – dished out some hard truths.

“He said, ‘You’re going to be a great lawyer, but you can’t speak in front of people,’” says Forbes one chilly morning in early January, seated in a dormant studio on the ground floor of the Shaw tower. “I was so shy, and it was debilitating. He said, ‘You’ve got to learn how to get over being shy.’”

So Forbes signed up for a broadcasting course, and during that first class, she learned about an audition for an on-air hosting job. Her dad encouraged her to go for it, because “that’s the most nervous people get is when you audition for something, and so he wanted me to do it as an exercise to get over being shy.”

The rest, as they say, is history.

“A week later I was hosting a one-hour live interview show, and I had no idea what I was doing, but I loved it,” she laughs.

Forbes had stumbled upon a truth about herself that her father, who passed away 15 years ago, already knew: She was made for broadcast TV.

Together with Michael Eckford (now the host of a daily radio show on CKNW and, after an 18-year on-air collaboration, still one of Forbes’ closest friends), Forbes has interviewed more than 30,000 celebrities and newsmakers – enjoying (some unfortunate hair choices and wardrobe malfunctions notwithstanding) every single second, but never quite shaking the fear that propelled her to that broadcasting course in the first place.

“Guests always get nervous, and they’ll confess to me, ‘oh, I’m so nervous,’ and I’ll tell them, ‘I’m nervous, too,’” says Forbes. “Getting over being nervous was learning how to channel that adrenaline into something positive. It’s the guests that aren’t nervous that can fall flat.”

Beginning this week, Forbes will be channeling her adrenaline into a new Shaw show.

Entitled Fiona Forbes, each episode of the half-hour gabfest will find Forbes sitting down with a celebrity, newsmaker, or someone with a great story to tell.

“We’ve tried a lot of things over the years, and a lot of times we’ve tried things that are a little gimmicky or adding bells and whistles,” says Forbes. “This time around, we wanted to pare it down and go back to just pure interviews and what we really love doing, which is featuring people’s personalities.”

There will also be a water cooler segment during which Forbes and a panel of guests will discuss headlines of interest to Vancouverites, and a feature in which Forbes will be on location, serving up irreverent questions to fascinating personalities like Colin and Justin, and Burnaby Mayor Derek Corrigan.

The show marks a couple of firsts for Forbes: First time with her name in the title; first time building a show from the ground up.

“Reshaad [Ali, Forbes’ producer] and I have been given the opportunity to create what the new show is, from picking the logo colours to going to IKEA and choosing all our set furniture,” says Forbes, gesturing to the pile of unopened IKEA boxes on the other side of the studio.

“There’s pressure, but it’s good pressure. To have a show of your own named after you, it’s big, but it’s amazing.”

The first interview of the new series is already in the can, and wasn’t conducted in the studio. British sketch comedy icon John Cleese sat down with Forbes in a hotel suite last November, when the Monty Python alum brought his book tour through Vancouver.

The show might be new, but Forbes’ style – charming guests and viewers with her enthusiasm and sincerity – will remain the same, says producer Ali.

“A talk show is really conversational, and it’s a lot easier than it sounds to get that rapport going with a guest,” says Ali, seated across from Forbes. “Working with Fiona is a pleasure because she’s able to make the guests feel comfortable and quickly get into those big conversations.”

• Fiona Forbes (the show and the interviewer) airs Thursdays at 6pm and 10pm beginning Jan. 15 on Shaw TV-Vancouver.