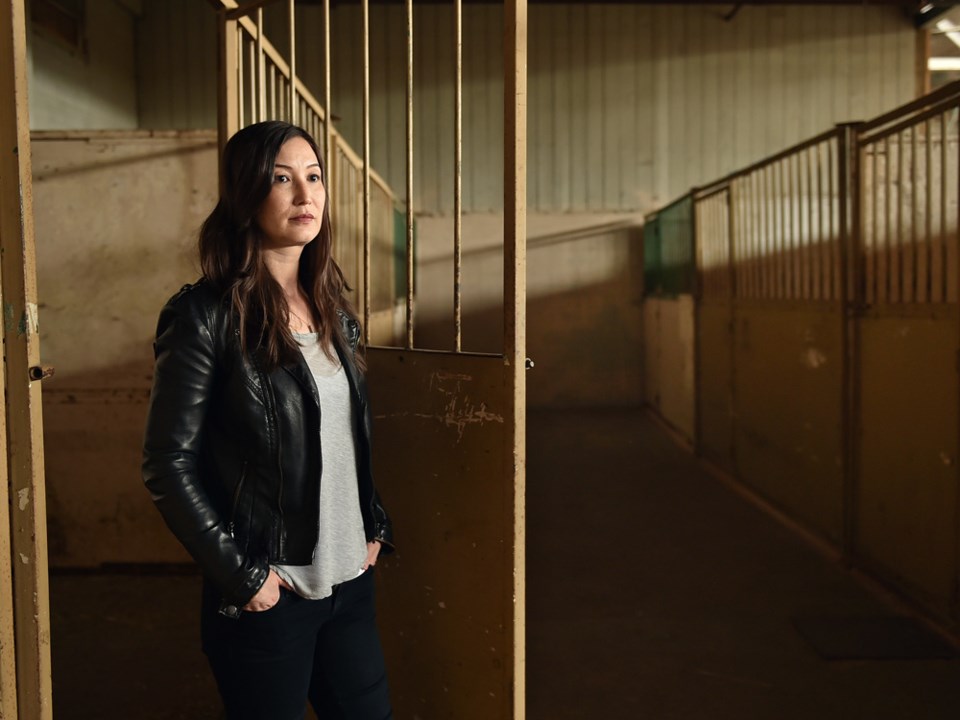 Jennifer Spence visited Hastings Park with Courier photographer Dan Toulgoet last week to shoot in and around the buildings where her great-grandmother, grandmother, and great aunts were housed before being sent to an internment camp in Tashmie, B.C.Photo Dan Toulgoet

Jennifer Spence isn’t privy to many stories about her mother’s family from the years leading up to the Second World War. She knows that both sets of great-grandparents emigrated from Japan; that her mother’s parents were born in Canada; that her grandfather’s parents owned a rooming house at 561 East Hastings, a stone’s throw away from the heart of Vancouver’s once thriving Japantown.

Spence knows far more about what happened to her family after the attack on Pearl Harbor in late 1941, when a wave of anti-Japanese sentiment swept across the continent, and all Japanese Canadians — no matter where they were born, or how long they’d lived in Canada — were officially labeled enemy aliens.

Spence’s relatives were among the 22,000 Canadian citizens and residents uprooted from their lives, stripped of their belongings and jobs, and crammed into internment camps far from the West Coast.

Internment and what it means to be the descendent of camp survivors are topics that Spence — a Leo Award-winning actress whose filmography includes Travelers, Continuum, You Me Her and Down River — hasn’t explored in her acting work, until now.

When she was growing up, her relatives rarely spoke with her about the camps, which she notes was fairly typical for that generation.

“Internment was very difficult for them and they chose not to speak about it,” says Spence. “But it didn’t stop them from being successful. They didn’t lament the past.”

Regardless, Spence knows her relatives were among the 8,000 Japanese Canadians detained in the exhibition buildings and stables at Hastings Park before being sent to internment camps in the B.C. interior or, like Spence’s grandfather (pictured below in Woodfibre, B.C.), to labour camps across the country (her grandmother managed to escape internment by obtaining employment with the Premier of Ontario through a family friend). 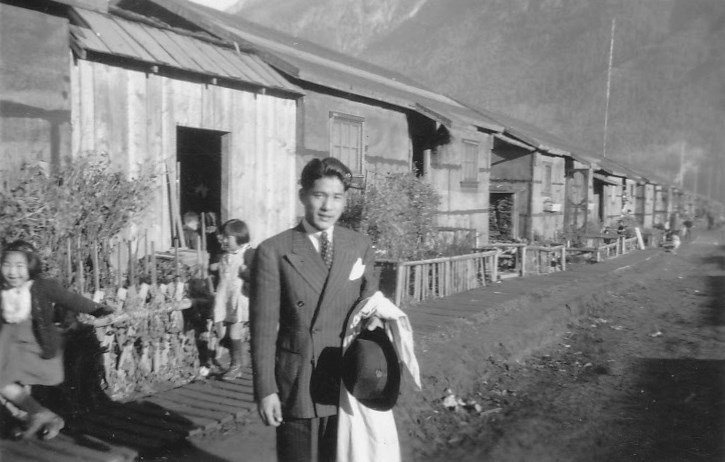 “People talk about blood memory and intergenerational trauma, and I think there’s something to that,” says Spence, who visited Hastings Park with Courier photographer Dan Toulgoet last week to shoot in and around the buildings where her great-grandmother, grandmother, and great aunts were housed before being sent to an internment camp in Tashmie, B.C. “There’s still that impact of something bigger reaching out from the past.”

The Bletchley Circle: San Francisco is a spin-off of the popular ITV series about an elite unit of female code-breakers who reunite after the war to solve crimes. The spin-off takes place in the United States in 1956; Spence’s character is Olivia Mori, a Japanese American codebreaker whose family was interned during the war.

“Even though I’ve been fortunate in my life not to experience a ton of racism or anything as traumatic as being kicked out of my home and sent somewhere, there was some part of me that really understood the material,” Spence says.

Spence is one of several artists participating in a live reading of Question 27, Question 28 on June 16. The play takes its name from loyalty questions the American government began asking in 1943 of all Japanese Americans in internment camps.

Spence further explored the concept of intergenerational trauma when she prepared for The Suitcase Project, a photography based exhibition led by artist Kayla Isomura that launches in tandem with Question 27, Question 28.

The project asked fourth- and fifth-generation Japanese Canadians and Americans between the ages of two and 50 to contemplate what they would pack in a single suitcase if they were ordered to report to an internment camp within 24 hours.

“I packed sheets because of what I remember hearing about the conditions at Hastings Park: that you needed sheets so that you have some sense of privacy in the horse stalls,” says Spence. “[Internment] is a very humiliating experience that also causes you to be practical.”

The Bletchley Circle: San Francisco will have its worldwide premiere exclusively on BritBox (dates to be announced) in the US, and will be shown in Canada on CITY TV in the fall, on Fridays at 8pm. For more information about Question 27, Question 28 and The Suitcase Project, visit http://centre.nikkeiplace.org/events/the-suitcase-project-opening/