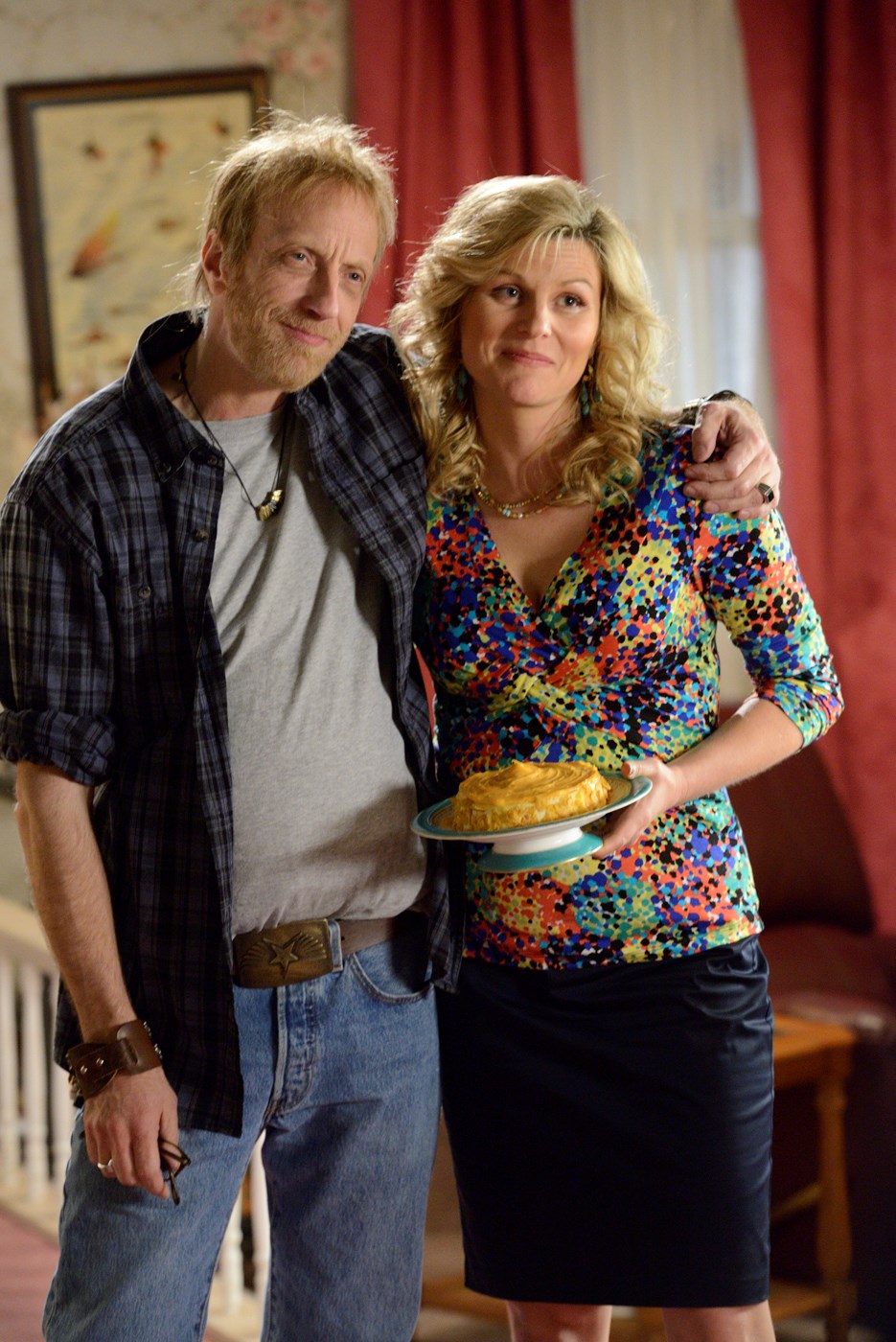 Sorry, guys, but it’s impossible to write about Schitt’s Creek without at least one pun. Here’s mine:

Schitt’s Creek actress Jenn Roberston knows the good shit when she sees it.

Lame, I know. But the fact remains that, when the Vancouver-raised comedienne auditioned for the sideways TV series about a video store magnate (Johnny Rose, played by Eugene Levy) who moves his suddenly penniless family to a backwoods town called Schitt’s Creek, she knew it was hot shit (okay, one more).

It wasn’t just the cheeky title, or the fish-out-of-water premise about the Rose family – the fallen tycoon dad; the ex-soap star mom; the socialite daughter; the neurotic, hyper-groomed son – struggling to build new lives in the one asset they still own: the town that Johnny bought as a joke in the ’90s.

It’s all of those elements, plus razor-sharp writing reminiscent of Arrested Development and Christopher Guest films, and a stellar cast that – aside from Levy and Robertson – includes Catherine O’Hara, Dan Levy, Annie Murphy, and Chris Elliott.

Elliott plays Mayor Roland Schitt, grandson of the late Horace Schitt (say both names out loud for the full effect); Robertson is Jocelyn, Roland’s kind-hearted wife with a penchant for cheese fondue and kitten sweatshirts.

“We were joking one day that my maiden name was Brown and that’s why I decided not to hyphenate, because I would be Jocelyn Brown-Schitt,” says Robertson one rainy afternoon in Benny’s Bagels (an old haunt of Robertson’s from back when she lived in Kits).

The show is so much more than the title.

“There are so many parts where you’re trying to sandwich who you are into it, and I tend to get into an actor-y voice if it’s not right, but Jocelyn just felt very natural in my voice,” says Robertson. “It’s like fast food versus fine dining, and these feel like fine dining laughs.”

Robertson’s got her first taste of the biz on the Double Exposure radio show, which starred her dad, Bob Robertson.

She studied drama all the way through her teens, but it wasn’t until she was in theatre school that she realized that comedy was her genre.

“I ruined Othello,” recalls Robertson. “I tried to make it funny. It’s not a comedy, apparently.”

There are plenty of ways to make people laugh, and Robertson has conquered many of them: stand-up; guest stints on Mr. D, Comedy Inc., Little Mosque on the Prairie, and Hannah Montana; as a writer on This Hour Has 22 Minutes; as host of Canada’s Handyman Challenge; as an anchorwoman on the Fox News Channel satire show The 1/2 Hour News Hour.

That last show – the right-leaning network’s answer to The Daily Show – was originally touted as politically in the middle.

“As the show started going, I realized I was smack dab in the middle of a Republican comedy show, and personally I could not be further from that,” says Robertson.

At times, Robertson refused to read jokes off of the prompter because she felt they were racist. “It was so soul crushing,” she recalls. “I was okay that, after 13 episodes, it didn’t get picked up.”

Schitt’s Creek is far happier territory for Robertson. One primary source of joy: working with O’Hara.

“Female comedians feel very strongly about Catherine O’Hara and about how incredibly brilliant she is,” gushes Robertson. “She works really, really hard. Everyone else will be happy with the take, and she’ll say, ‘I need to go again, I’m not happy with it.’”

The show is also heavy with Levys: Eugene and his son, Dan, write and star (daughter Sara appears in a supporting role). The duo also serves as executive producers.

“Every now and then, there will be a word that doesn’t feel right, so you can go and talk to one of them, and then the eyebrows will go, ‘okay, alright, we’ll think of something else,’” says Robertson. “They’re both eyebrows. Just find the pair of eyebrows that’s in charge and they’ll help you find the right line for your character.”

Robertson currently resides in California with her husband and four-year-old daughter, but she’ll be back in Schitt’s Creek (or at least its stand-in, a town in Ontario called – I shit you not – Goodwood) come mid-April, when cameras roll on season two.

“[The CBC is] taking some risks, and they’re paying off,” says Robertson. “I hope that means they can do more shows that are outside of the box.”