BC Entertainment Hall of Fame inductee on learning from orangutans and her role on the most watched drama in the world
Jul 23, 2019 9:50 AM By: Sabrina Furminger 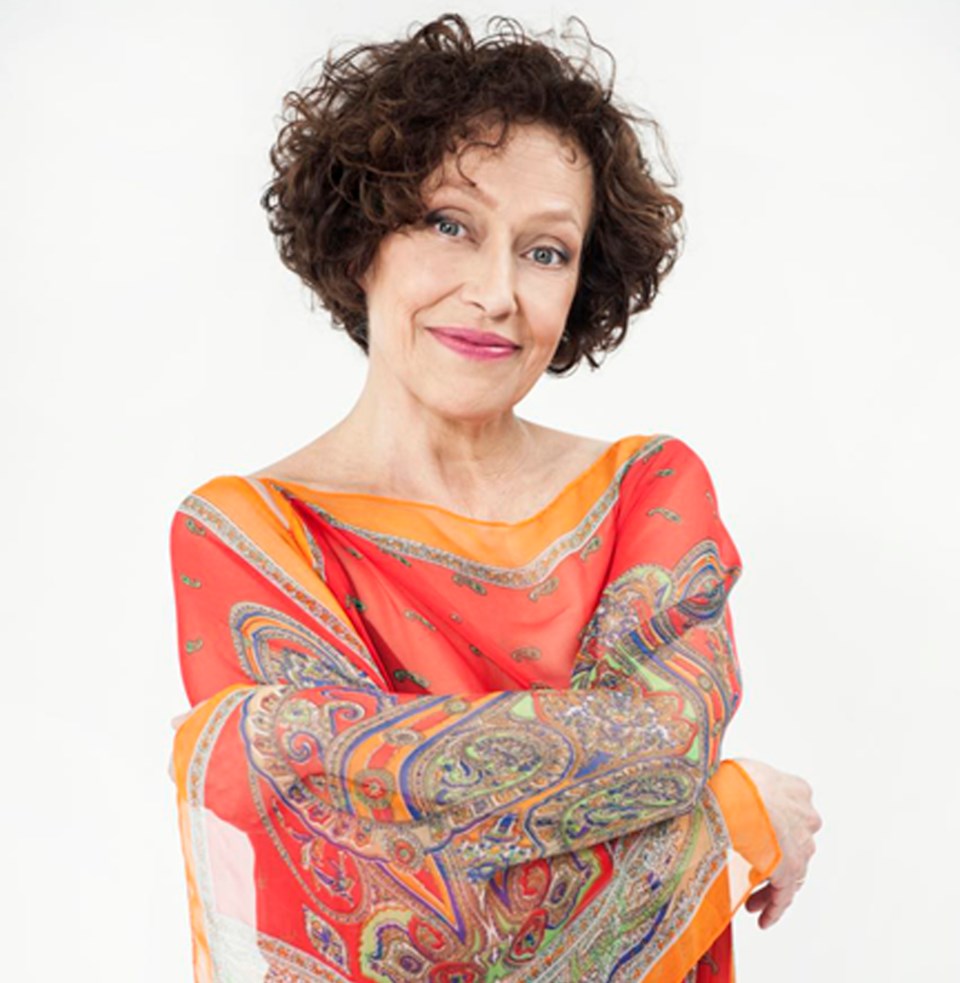 Vancouver actress Karin Konoval was inducted into the BC Entertainment Hall of Fame earlier this year.

For the majority of Karin Konoval’s film and television career, she’s been a proud chameleon.

The Vancouver actress was already a veteran stage performer when she started booking significant screen roles in 2006, and she quickly became known as The Special Effects Actress — a highly physical thespian with a knack for disappearing into complex, sometimes non-human, roles.

Konoval portrayed an orangutan named Maurice in three Planet of the Apes films, basing much of her performance on a real-life orangutan named Towan. Last December, she won a UBCP/ACTRA award for the dual role of Chucky and Judy Poundstone in The X-Files.

Now, as Konoval is inducted into the BC Entertainment Hall of Fame (joining Juno Award-winning musician Colin James and Ballet BC artistic director Emily Molnar among the 2019 inductees), she increasingly finds herself shedding her chameleon skin.

Konoval’s career transformation is happening, in part, on the most watched drama in the world: The Good Doctor, which has a global audience of 50 million viewers.

“It’s interesting to be on screen in a role where I’m not disguised in some way,” Konoval says about playing Nurse Deena Petringa on the ABC medical procedural. “Usually I disappear into a role completely and no one recognizes me on the street. That’s starting to change. I don’t know where it’s headed. It’s a learning experience and I’m grateful to be making a living and to keep learning as an actor in every situation I’m in.”

Teachers have been central to Konoval’s career journey — from the fifth grade teacher who encouraged her to write stories as if her life depended on it, to renowned Canadian author and professor emeritus Rudy Wiebe, who taught her how to craft and edit stories, and finally to Towan the orangutan, who not only influenced and inspired her performance in Planet of the Apes, but shaped her world view.

“There’s something about the power and stillness and insight of orangutans that I’ve never experienced elsewhere,” says Konoval. “I often ask myself, ‘I wonder what Towan would do about this?’”

Towan — who resided at Woodland Park Zoo in Seattle — died in 2016 at the age of 48, but his passing didn’t spell the end of Konoval’s relationship with orangutans. She fosters nine orangutans through various organizations, attends conservation conferences around the world, and every couple of months, she heads south for a couple of days to collaborate on paintings with a 47-year-old female orangutan named Melati.

“Once you become familiar with orangutans, once you have the experience of that connection, all you can really do is say thank you forever,” says Konoval.

Konoval was born in Baltimore and raised in Edmonton, where she studied dance and dreamed of being a prima ballerina until she realized she was unlikely to move beyond the corps de ballet. She was enrolled in a languages program at the University of Alberta when she was bitten by the acting bug — and in the early 1980s, she graduated from a Vancouver acting school and threw herself into the local theatre scene.

Konoval worked steadily in the musical theatre realm for the first 25 years of her career. She wasn’t truly interested in film and television gigs until 2006, when she landed a leading role in an independent feature.

“Finally I felt what it was like to work within the ensemble of the crew and the cast and to feel the magic at the heart of it,” says Konoval. “That’s when I fell in love with the process of filmmaking.”

Speaking of love, Konoval has mad love for The X-Files’ showrunner Chris Carter and executive producer Glen Morgan. The duo created the fan favourite characters of Chucky and Judy Poundstone (from a season 11 episode entitled “Plus One”) especially for her.

“It’s a gift of a role,” says Konoval. “They wanted me to do it as close to without makeup of any sort. There’s no wig. They made me some sideburns and a moustache. They just cleared everything off and let me go at it and supported me to do it. I could play Chucky until the cows come home.”

Besides The Good Doctor, Konoval will be somewhat recognizable as a character named Dr. Pelton in the highly anticipated series, Snowpiercer, which debuts on TBS in the spring of 2020.