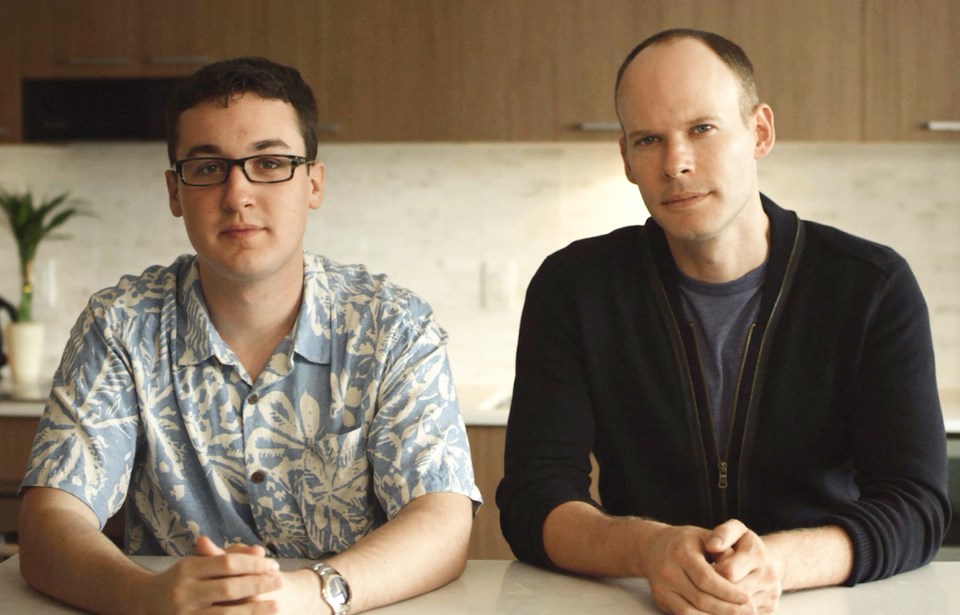 Travis Doering (l) and Jason Bourque have raised roughly half of the $1.7 million budget they need to make Classified: The Edward Snowden story via crowdsourcing and plan to release the film on the Pirate Bay, a controversial free peer-to-peer file sharing site, by next September.

Two Vancouver independent filmmakers are working on a movie about the life of Edward Snowden, the 30-year-old former contractor for the National Security Agency currently hiding in Russia after leaking classified documents and exposing the American government’s secret mass surveillance program.

Jason Bourque and Travis Doering have already raised roughly half of the $1.7 million budget they need to make Classified: The Edward Snowden story via crowdsourcing and plan to release the film on the Pirate Bay, a controversial free peer-to-peer file sharing site, by next September.

“The concept, which I think is cool, is that it’s about Edward Snowden and freedom of information and we are going to be giving the movie away for free,” Bourque told the Courier in a recent phone interview.

He said that the anonymous element of using fundraising services like Bitcoin and Paypal makes it easier for people uneasy about the NSA potentially having a record of their support for the project to donate via their website.

Bourque added that, as independent filmmakers, they are probably in a better position to tell the fugitive whistle-blower’s story than for-profit film companies such as Leonardo DiCaprio’s Appian Way, said to be a front-runner in scoring the film rights from journalist Glenn Greenwald, who first broke the spying scandal for the Guardian newspaper earlier this year.

“As far as I know just from reading the trade magazines, they are sniffing around and are trying to wade through a legal minefield as to how to go about getting the legal rights,” said the 41-year-old director, best known for the Leo Award-winning documentary Shadow Company about private security contractors  operating in Iraq. “What is different for us is: one, we can move ahead far quicker than a studio and two, because we are licensing this through the Creative Commons license, it’s a whole different ballgame when it comes to legalities because we are not looking to make any money off it... Once you get into a studio [film] scenario, you are probably going to have upwards of a dozen producers, all of whom are going basically vying to justify their salaries. On top of that, you’ve got the advertisers. It’s huge and certainly the politics can become more skewed. ”

They also plan to post a record of all of their expenses for the sake of transparency, although for now project details are being kept top secret.

Doering, a 24-year-old professional computer hacker formerly affiliated with the activist group Anonymous, wrote the script on a laptop not connected to the Internet in order to keep his conversations with people who knew Snowden personally private.

The two also communicate with each other using encrypted emails.

Bourque added they hope to shoot the film entirely in Vancouver, although they may need to have a second film unit to serve as Hawaii, where Snowden was based when he leaked agency documents and fled the country.

They are also in negotiations with actor Kevin Zegers (The Colony, Transamerica) to potentially play Snowden.