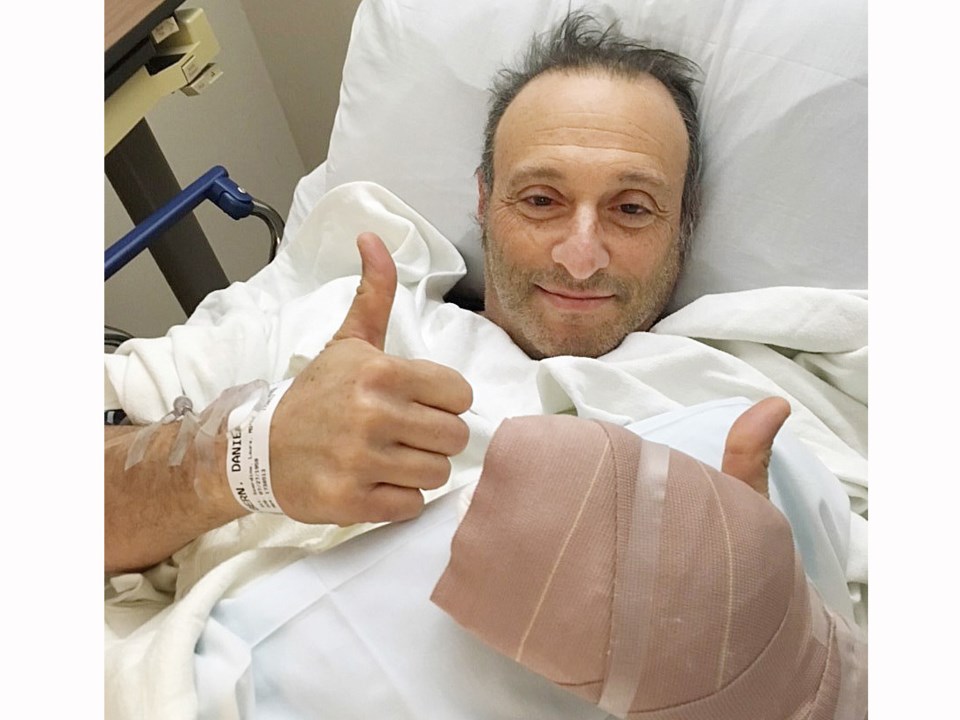 American singer/songwriter Dan Bern severed his fingertips in a snowblower accident March 8. He was slated to play the WISE Hall on Thursday, March 15, though the gig will now feature four Vancouver acts who will donate all show proceeds to help cover Bern’s medical expenses.

A more nightmarish scenario for a guitar player can’t be imagined or overstated.

Celebrated folk singer/guitarist Dan Bern severed his fingertips in a snowblower accident March 8 near his home in upstate New York.

The accident, which affects Bern’s left hand, happened just days before his Thursday, March 15 gig at the WISE Hall.

Bern has since had part of his middle finger removed and surgeons are now attempting to save his index finger.

Rather than cancel the gig entirely, a handful of Vancouver bands are performing instead, and all proceeds will be donated to Bern’s recovery. The Lend a Hand to Dan Bern fundraiser will include performances by Geoff Berner, Jack Garton, Christie Rose and the Tired Sunday Choir.

A Go Fund Me campaign launched over the weekend has already raised $81,000 towards the initial goal of $90,000.

Bern’s insurance won’t cover any of his recovery costs. The final price tag for his surgery and recovery, let alone the recovery time, isn’t clear.

“Just want to say... thank you to all of you for the incredible warm wishes, generosity, etc etc,” Bern wrote on Facebook Saturday. “Deeply humbling. Fully determined to make it back all the way. So grateful. Love to you all.”

The fundraiser includes varying levels of incentives for donors: $5,000 gets a painted portrait from Bern, while anything above $10,000 gets a private house concert anywhere in North America.

Bern’s prodigious output has seen him release new material almost every year since his debut LP came out 1996. His 2007 offering Breathe garnered him the Best Folk/Singer-Songwriter Album at the Independent Music Awards.

Tickets for Thursday’s show cost $13 and are available online at Brown Paper Tickets.