Jordan Koop is flying to France to learn from the Nirvana, Pixies producer
Jan 22, 2015 2:04 PM By: Louise Burns 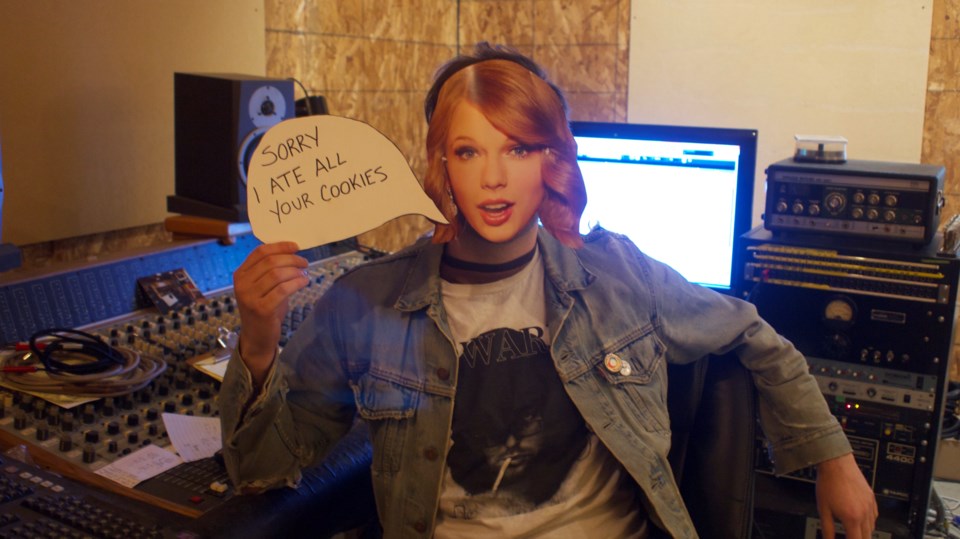 Recording engineer Jordan Koop is all business in his Gabriola Island studio, The Noise Floor.Contributed photo

In just under a month, Vancouver’s Jordan Koop will be getting on a plane to France. To hang out with Steve Albini. You know, that guy who has recorded The Pixies, Nirvana, and PJ Harvey...

Koop is a local stalwart of the Lower Mainland music scene who now runs the beloved Noise Floor Recording Studios. A few months ago, Terry Ondang, his wife and studio partner, suggested he apply for the Mix With The Masters series, a prestigious mentorship program allowing independent recording engineers and producers to work one-on-one with some of the top guns in the game. Steve Albini will be hosting a session at La Fabrique studio in France, Feb. 9-15 that will accommodate just 14 people from around the world.

Jordan Koop will be one of them.

Steve Albini is a Chicago-based recording engineer renowned for his work on American alternative rock. So why France?

“It would be much easier (and less expensive) for someone like to me travel [to Chicago],” says Koop of the location. “But the studio and the grounds are pretty incredible. There is a big mansion where we all will stay. It’s a real getaway retreat vibe, and seems really classy since Morrissey makes records there.”

For a punk producer from Vancouver, the cost of this experience will be no small chunk of change. Enter Fundrazr, Koop’s crowd-funding campaign to cover his tuition costs: 3,200 euros, to be exact.

“Initially the crowd-funding thing bugged me. [The program] is really just education and I didn’t feel like people should help pay for my education.” says Koop. “But, a couple people started telling me they wanted to help out financially. So we launched [Fundrazr], but with a compilation album for download as a thank-you for anyone who donated.”
Spoken like a true producer-for-the-people, a reputation Koop has been building since cutting his teeth at legendary Vancouver spots like Mushroom Studios and The Hive.

“I really got started in about 2002/2003, interning at The Hive, which was still operating out of a basement. I bugged this guy Mark Lawson who worked there to try and get my foot in the door,” says Koop of his origin story. “He was also one my teachers at this crappy recording school I went to. He eventually told me to come over and assist Colin [Stewart of The Hive]… Mark moved to Montreal and ended up with a Grammy for the Arcade Fire record.”

He is referring to Arcade Fire’s 2011 album The Suburbs, for which won a Grammy for Album of the Year.

The allure of his former teacher’s success didn’t phase him. After all, he “started getting into recording when I found a cool scene in Vancouver. Weirdo art punks”.

These “weirdo art punks” include Needles//Pins, The Courtneys, Peace, White Poppy, and of course his own band Twin Crystals, who will be reuniting after a near-two-year hiatus, in light of the fundraising efforts to get Jordan Koop to France. They are also re-releasing their entire discography at the bargain price of $2 per release.

“Jesse [Taylor, of Twin Crystals] uploaded our entire discography. Some of this stuff I haven’t heard in six or seven years. He’s done a great job hyping the show up.” says Koop of their upcoming show. “We will be diving deep into the back catalogue, hopefully. I feel confident that I can finally play some of these old songs properly now that I’m a better drummer.”

Does this mean a reunion for Twin Crystals?

“Not sure if we will write new music, but I think it’s a good possibility. I think there’s maybe a bit better balance in all of our lives to make that possible, even though I’m way over here on this Gulf Island.”

Gabriola Island, to be exact, where he runs Noise Floor Studios with his wife Terry Ondang in a 1,000-square foot converted boathouse, entirely designed by the pair.

So really, it sounds like Koop’s got it made. But remember, we still need to get him to France, an opportunity that can be looked at as a mutual benefit for Koop and for BC’s thriving music scene.

“[I want to] reiterate how awesome it is to be taking part in this program and how thankful I am for all my friends and the strangers who have donated money to help me take part.” says Koop.

Aside from the Twin Crystals reunion show, there has been an outpouring of support from the Gabriola Island community (where neighbours held a bake sale on his behalf), and an additional show in Victoria later this month at the Copper Owl, featuring local bands who all want to see their producer succeed.

“To me, Albini is just a punk who made it. I love that he makes albums in a short amount of time, plays in cool bands and seems to have a pretty chill attitude,” says Koop of his soon-to-be-guru. “There aren’t many technical secrets that he is hiding under his hat. He answers questions all the time on the web, but I’m hoping to gain some wisdom on being a studio owner, getting through lean months (which I know he has), life balance, giving up versus not giving up, and of course how to be a better engineer.”