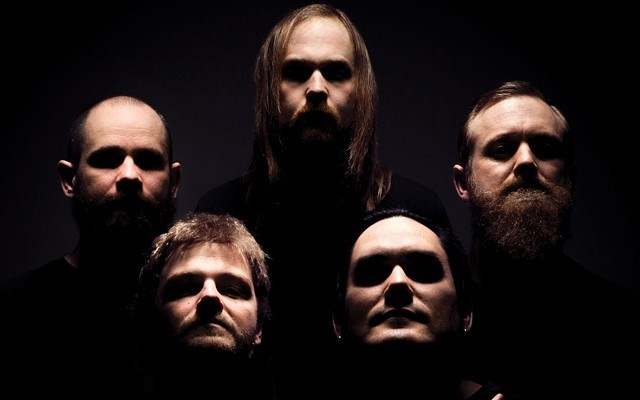 You would be hard-pressed to find a Sea to Sky resident who didn't know someone that had moved to the Comox Valley in recent years.

But Vancouver punk band A Total Disappointment (ATD) wasn't exactly filled in on the Vancouver Island migration when their band played The Waverley Hotel in Cumberland recently.

"We were rolling through town in the afternoon and there was no one around," says Ben VonDubya, frontman for the band. "I was like, 'What the fuck? How is this show sold out?'"

They went to the venue with tourmates The Dreadnoughts, loaded in their gear, and took some time to chill before the set.

"When we went downstairs, the place was packed," VonDubya says. "It was incredible. It blew me away."

The band is hoping for a repeat surprise when they make their debut in the Sea to Sky corridor as part of Squamish Punk Night on Saturday, Jan. 25.

"We'll probably keep it relatively short and to the point; blast it out. We're going to blow the roof off the place," VonDubya adds.

The show marks the band's first of 2020 — which is shaping up to be a big one. While they first formed around 2015, they're set to follow up several EPs with their debut album on Vancouver label Kinda Cool Records.

"It will be the better part of two years by the time it comes out," VonDubya says with a laugh. "We're probably one of the slowest moving bands in town."

To be fair, though, he's only one year out of school at BCIT — and the band has four EPs, a split EP, and a couple of compilations to their name. Plus, they're forgoing CDs and releasing the full-length record on vinyl (and, of course, digitally too).

"A few of us are vinyl buffs," VonDubya says. "It takes me back to when I was a kid before CDs. You get a vinyl record, it's huge, you've got lyrics, photos, it's a big, tangible thing... AC/DC had a quote about writing albums, not songs, so they weren't on iTunes for the longest time. That's what I like it; you listen to the whole side, flip it, listen to the next side."

ATD's members are no strangers to the punk scene. VonDubya and guitarist Joe Gieni are both originally from Calgary and played in a band called Primitive Screwheads. Gieni moved to Vancouver first with VonDubya following a few years later. Their bass player also eventually moved out. The only problem? They needed a drummer.

At the time, VonDubya was working as a driver and merch guy for The Real McKenzies and, by chance, one day the T-shirt he was wearing solved their problem.

"I was wearing a Dreadnoughts T-shirt [at the merch table at a show] and the drummer for The Dreadnoughts came up to me and said, 'Hey, nice shirt!'" he says.

They got to talking and Marco Bieri, the drummer, said he wasn't up to much at the moment, so VonDubya invited him to join the new band.

Their very first show, fittingly, was an opening slot for The Real McKenzies at the Rickshaw Theatre.

"I think there were a few bands in town who were like, 'What the fuck? How did these guys get this?'" he laughs. "No one had heard us or seen us play. My friend Troy [Zak] was in The Real McKenzies at the time and he put us on the bill."

Since then, the group has done tours around B.C. and back to Alberta. The Vancouver punk scene, though, has proven to be a good fit.

"The level of talent is through the roof," VonDubya says. "Every single band is really, really good. It makes all the bands pull their socks up."

Tickets are $10 in advance at https://www.showpass.com/atd-guests-squamish-punk-night/ or $15 at the door.