Vancouver stars bite the bullet — literally — for issues that matter 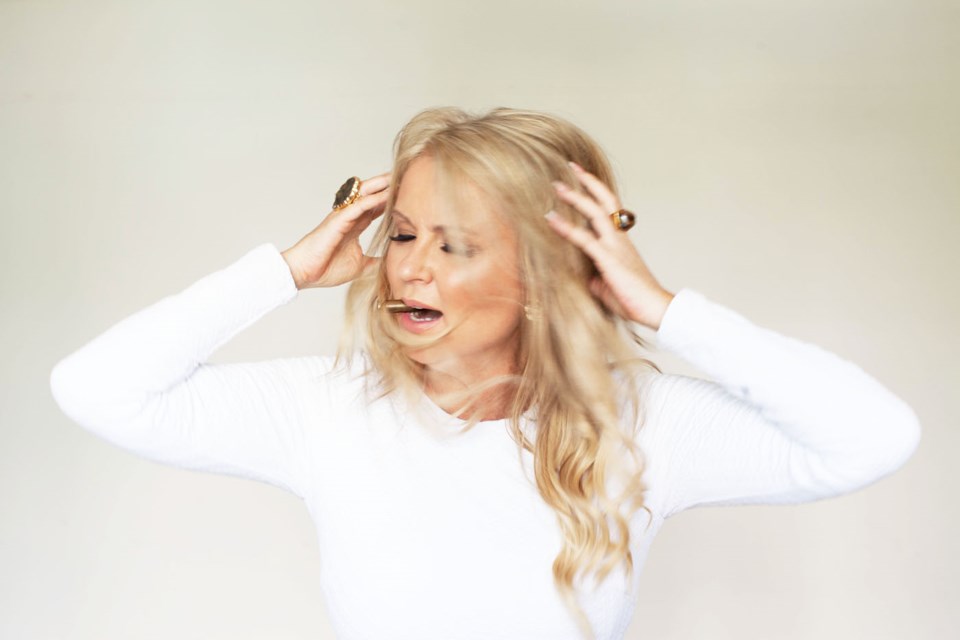 As far as phrases go, “bite the bullet” is especially evocative. The imagery is violent and the act itself isn’t easy. Biting the bullet usually hurts like hell, but you chomp down because whatever you’re biting the bullet to overcome is worth the discomfort.

Biting the bullet takes courage, and this courage is precisely what Farrah Aviva strives to capture every time she hands a bullet to a photo subject and invites them to bite down.

Aviva — a Vancouver-based actress (UnREAL), producer (Welcome to Nowhere), and photographer — is the creative force behind Bite the Bullet Stories, a photography and social media project that launched this past summer.

Participants — so far mostly screen scene celebs and social influencers — are photographed biting down on a bullet that represents an issue that’s painful to discuss with the world, but needs to be dragged into the light if there’s to be any real hope for change.

Arrow star Emily Bett Rickards bit the bullet and spoke out against gun violence. “I’m biting the bullet to say I don’t think weak gun laws should be excusable and I think change needed to happen yesterday,” she wrote in a post accompanying one of the portraits on Instagram.

“I had an idea but I didn’t really think it would resonate with as many people as it has,” says Aviva. “It’s nice to see that there are so many like-minded people who believe change is possible, and they’re willing to put themselves on the line to make change happen.”

Bullets entered her creative arsenal via her father – he’s a hobby shooter – and informed The BangBang, Aviva’s art exhibition that hung at the Opus Hotel as part of the 2018 Capture Photography Festival. The BangBang featured highly stylized photographs of bullets, limbs, guns, and skin that Aviva hoped would get people talking; one image was encircled by a frame that Aviva had crafted from 1,039 bullet shells.

But Bite the Bullet Stories goes further back than The BangBang and Aviva's father’s excess bullets. It’s informed by Aviva's love-hate relationship with social media, and how, on “social media, everyone is striving for an unattainable amount of perfection. Everyone is showing their best self, but they’re not necessarily showing their real self all the time.”

Thus, Aviva and her Bite the Bullet participants bring refreshing real-talk to social media. “The idea is by sharing our vulnerabilities, we not only make others stronger, we make ourselves stronger,” says Aviva. “I want everyone to know that their struggles don’t have to cripple them.”

Veteran broadcaster Fiona Forbes bit the bullet to discuss her lifetime struggle with panic attacks.“I used to have them a lot when I was in university, and it was terrifying when I didn’t know what they were,” recalls Forbes. Back then, panic attacks simply weren’t discussed and, as a result, “I didn’t know what was happening to me, which makes it more frightening when you don’t know, because it’s terror, and why do I feel this way? And then the fear is compounded and the panic is stronger.”

Forbes — who conducted more than 30,000 interviews during her 20-plus years hosting Urban Rush, The Rush, and Fiona Forbes on Shaw Television — first spoke publicly about her panic attacks in an International Women’s Day keynote address earlier this year. Bite the Bullet Stories seemed like a natural next step and “the right platform for me to talk about my story and start a conversation, because Farrah is so understanding.”

And the conversation they sparked via Bite the Bullet Stories is already changing lives. “One girl sent me a message that reading my story motivated her to talk to someone about her panic attacks for the first time ever,” marvels Forbes.

Aviva’s intent on expanding Bite the Bullet Stories into a multi-pronged change-maker, complete with a book, documentary series, and active community. She recently bit the bullet herself and turned to crowdfunding for a boost (among the perks for IndieGoGo supporters: bullet pendant necklaces), and welcomed Ludwig and his Vikings co-star Kristy Dawn Dinsmore onto the project as ambassadors.

“My goal is to take it beyond social media and create a community where people can go to voice their own struggles or find inspiration,” says Aviva.

Peruse the Bite the Bullet Stories at https://www.bitethebulletstories.com/.