Yellow Peril: Queer Destiny explores what it means to be queer, Chinese, and Canadian
Aug 13, 2019 9:22 AM By: Sabrina Furminger 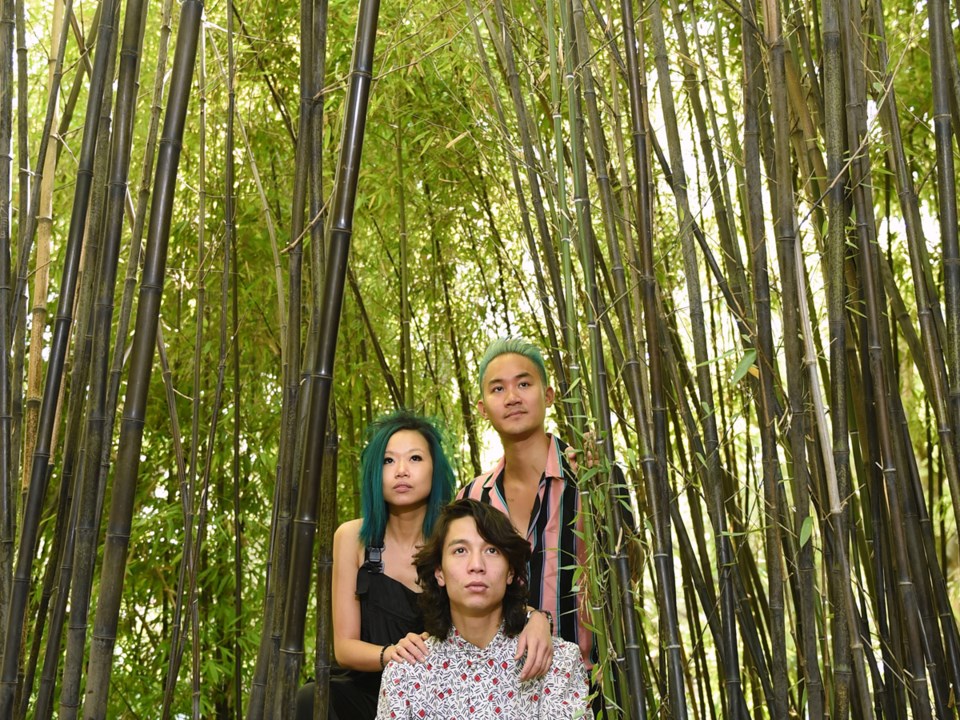 The filmmakers had been involved in the community for nearly a decade. They’d actively participated in it for years through Love Intersections, the media arts collective they founded that’s dedicated to collaborative filmmaking and relational storytelling.
But 2017 was when they observed a significant uptick in unabashed, relentless organizing within the Queer East Asian community.

There was the formation of Ricecake, a Queer East Asian focused dance party and the founding of the House of Rice, Vancouver’s only all Asian drag family.

Sungshine and Ng felt a palpable energy galvanizing the community.

“We saw this ‘yellow revolution’ happening, and we wanted to capture that moment,” says Ng.

They trained their camera on Maiden China, a striking, provocative and unapologetic drag performer conjured into existence by Vancouver’s Kendell Yan.

The result of their collaborative filmmaking effort is Yellow Peril: Queer Destiny, a 20-minute documentary short that premieres this week at the 2019 Vancouver Queer Film Festival.

The film investigates how being part of a distant diaspora, as well as being othered as outsiders in Canada, informs the racial and queer identities of the subjects.

Maiden China was an ideal anchor for the film because her identity ties into the idea of being erased: a Riot Grrl turned alien in a white land who subverts and embraces East Asian clichés while claiming space for herself and others like her.

“We are so inspired by Maiden China,” marvels Sungshine. “She defies tradition. David and I are old queers now. We’ve been to a lot of drag shows and Maiden China’s were the first where we saw ourselves reflected back with so much history and political resonance. It’s new. What Maiden China is doing is really, really cutting-edge stuff.”

As a documentary, Yellow Peril: Queer Destiny is itself cutting-edge. Yan and Maiden China’s interwoven story is broken into five segments, each one representing a different element: wood, fire, earth, metal and water.

“We come from these deep philosophical, spiritual, metaphysical, familial and relational ways of being, and we wanted to trigger that, and create that kind of experience for our viewers and bring them into our own cultural exploration of queer Chinese diasporic identities,” says Sungshine. “We really wanted to weave the past into the present and transport us into the future.”

The larger-than-life character at the heart of the film seems to exist outside of time. In one scene, Maiden China — face painted white with a band of red over her eyes — falls into a pile of rice that somehow leaps upwards; in another, she sweeps through Larwill Park, the gathering site of the 1907 anti-Oriental riots, to make an offering to her ancestors at an alter; in the next, Yan is with his dad and his brother in his dad’s kitchen, and they’re recounting the day Yan came out to his parents and his lifelong obsession with Miss Saigon.

Maiden China has her naysayers. In the film, Yan notes that he’s received criticism from other Chinese people that, being Chinese Canadian, he’s not Chinese enough to play with cultural stereotypes and iconography.

While those kinds of criticisms sting, it’s important to acknowledge where they come from.

“I hope that the film challenges people to see how complex all of those issues are and how a person’s individual feeling about how authentic their experience is, is completely valid and it doesn’t have to be the same as someone else’s to be authentic or valid,” Yan said.

Yellow Peril: Queer Destinyscreens Aug. 20 at VIFF’s Vancity Theatre. Ng, Sunshine, Yan and the film’s other subjects will be in attendance for a post-screening Q&A.  On Aug. 17, Ng and Sungshine will discuss the challenges and joys of collaborative filmmaking practices in a film festival workshop.

Yellow Peril: Queer Destinyis one of a handful of locally produced shorts screening at the 2019 Vancouver Queer Film Festival. Highlights include Brunch Queen, a short documentary by Sean Horlor and Steve Adams about the iconic Elbow Room Cafe; two premieres from award-winning Vancouver director Linnea Ritland; and films from indigenous queer artists Tyler Jacobs (Walk with My Spirits) and Jazmine Smith-Gladue (I Am Me).

The Vancouver Queer Film Festival is the largest queer arts event in Western Canada and the second-largest film festival in Vancouver. The 2019 edition features more than 100 narrative and documentary films from 27 countries and runs Aug. 15 to 25 at multiple Vancouver venues.

Tickets and schedule are online at www.queerfilmfestival.ca.