Why aren't we more effective at creating change?

Sometimes the keys to our biggest questions lie in the smallest of experiences. So let’s begin by considering something quite personal... Think of someone you love now, or once did.
Eric Hellman Feb 3, 2018 9:00 AM

Sometimes the keys to our biggest questions lie in the smallest of experiences. So let’s begin by considering something quite personal...

Think of someone you love now, or once did. And ask yourself two questions: When times were rocky and conflict set in, did I ever try to ‘change’ that other person? What happened then?

When this happened in my first marriage, I absolutely did. Whenever my wife got upset about something, my ‘natural’ reaction was to defend myself, explain what happened and convince her of my perspective. Similarly, she would do the same. And we’d both end up trying to change the other’s thinking and behaviour.

As our conflicts escalated, so did the volume and intensity of our arguments. We tried even harder to prove why the other was wrong and we were right. Then eventually one of us would say whatever we could – ‘drop the bomb,’ as I call it – to win the fight. Unfortunately, that didn’t solve the problem; it only increased the acrimony. And our conflicts continued to grow.

As an early environmentalist, I often used the same approach with government and business people, sometimes other environmentalists as well. When someone disagreed with my approach, I’d defend myself and try to prove my position. If I disagreed with theirs, I’d point out the faults in their approach, while putting forth compelling reasons why mine was better. This led to some heated arguments, and lots of conflict. Even when the other person wasn’t around, I’d still find myself ‘attacking’ them in my mind, judging them for what they were doing. And all the while I’d be left thinking: Why don’t they get it... and change?

If all this sounds familiar, there are good reasons. We’ve watched it time and again in political debates and election campaigns. (Think of the Trump-Clinton debates in the last U.S. election.) We see it daily in our news and editorial programs, talk shows, TV dramas and movies. And most of us have experienced it in our own lives.

It took me close to eight years, in my work and my marriage, to find another way to approach change. What I’d missed before that was the willingness to listen; to truly hear the other person, understand where they were coming from, and help them feel safe and accepted – rather than get them to think or do what I wanted. All the while, I thought my intention had been to heal our relationship, and the planet. Yet underneath, what I was doing was trying to be right and change other people.

Why is that important?

In my past several articles, I offered the idea that the human mind has two aspects: a loving side and a fearful side. A self that empowers, inspires and has compassion for others; and another that sees itself as lacking, and wants to control others to get what it needs. What I’ve learned is that the mindset we choose guides our thinking and behaviour.

One of the truisms of life is that people don’t want to be changed. They (we) want to be heard, understood and accepted for who they are. They want to be treated with respect, encouraged to speak their truths, and find power within themselves.

When we attempt to change people, we are doing the opposite. That’s why we must use various means of pressure to accomplish it, such as fear, manipulation, force, guilt or shame. But while these ‘motivators’ may get people to change in the short term, they result in more conflict and resistance over the longer term.

In spite of our best intentions – to create a better relationship, workplace or world – trying to change others has three negative consequences we have failed to recognize:

1) These actions come from the “fearful or separate mind” within us. When we use this mindset, we start looking for problems and mistakes in others. We seek to justify why we are right and they are wrong. Focusing mostly our own interests, we fail to hear their needs or create bridges of understanding. Paradoxically, this thinking also leads us to feel more separate and unsafe, because these feelings grow within us as we try to defend, protect and prove ourselves.

2) Our thinking & behaviour triggers the same mindset in others. When we judge, criticize or push people, they feel less safe and react defensively. Responding in kind, they then judge, attack or blame us (or others) for whatever problem is at hand. This closes down their ability to listen and hear what we are saying, or to accept responsibility for their part in the problem. In other words, they become less open or willing to change – the exact opposite of what we really want!

(To see this process in action, try using pressure or guilt on your “significant other” or child tonight, and watch the results you get. Or imagine that someone is pushing you to change, by criticizing your behaviour or continually focusing on what’s wrong with you. Are you likely to be more... or less... willing to change?)

3) Each time we engage our fearful/separate mindset, it grows this consciousness among us. And this is what we are seeing in our world today: increasing fear, alienation, antipathy towards others; more focus on personal security, safety and self-protection. All of these come from the same mindset. The more people feel unsafe, defensive and powerless over their lives, the more they (we) will react in these ways. And so the cycle continues, and grows...

Perhaps this is why our problems have been growing faster than our solutions all these years; because that is the consciousness we’ve used most often to create change.

Side note:This mindset also triggers the “fight-or-flight” state within, so that our minds and bodies react as though we are under attack. Also known as the stress response, this causes our blood pressure to rise, and negatively impacts our breathing, digestion, sleep, anxiety levels, mental function and much more. (So if you’re experiencing any of these, it’s not just your imagination...)

When I began to see that it wasn’t just my behaviour that affected others, but the thinking behind my actions – it changed everything for me. I realized that I couldn’t just ‘act nice,’ then judge and criticize people behind their backs. I also wasn’t going to create real, lasting change by criticizing and pushing others; in fact, this was causing me more conflict inside. The only way I found that worked was to consistently shift my own mindset – from ‘fear to love’, separateness to connection – and have this guide my words, strategies and actions.

Please know that this is not meant as an ‘attack’ on you, or anyone else who uses arguments or pressure to get others to change. I’ve done it a thousand times. We ALL do it at one time or another. And that is perfectly understandable, because it’s the culture in which we’ve been raised.

We’ve seen it used it in places of worship, where leaders speak of love but control their flocks through guilt or fear. In the military, where subordinates are ordered how to act and severely reprimanded if they don’t. In governments, where members must vote the party line, or civil servants are controlled in what they can say. It’s used frequently in business, where ‘higher’ staff bully ‘lower’ ones; or workers must do what they’re told, even if it goes against their values or best interests. And in families, where parents tell children to “do what you’re told, or else!” Command, control, authority, and fear of punishment are some of the fundamental tenets of our society.

Not surprisingly, this is also how we tend to treat ourselves. When we make mistakes, don’t meet goals or perform well, who is our harshest critic? Or when we compare ourselves to others and fall short – because we don’t make enough money or “aren’t good enough” – how do we treat ourselves? Usually, with judgment, condemnation and punishment. The self-abuse many of us inflict on ourselves can be enormous. And while this may seem like motivation to get us to do better, it often has just the opposite effect.

1) Start to consider the thinking behind our actions. That is, look at the impacts of our words, behaviour, policies and strategies on other peoples’ thoughts, feelings and attitudes.

Is what we are saying and doing raising people, or lowering them? Opening them up or shutting them down? Helping them to listen to their own inner wisdom, or trying to get them to agree with us? Is there more harmony or conflict among us, afterwards? These are some of the signs that we are using either our ‘fearful mind’ or our ‘loving mind’ to guide our actions.

2) Ask ourselves these questions: How would I want to be treated? What could someone else do to help me become more willing to change? In fact, what could they do to engage and inspire my heart, mind and soul – so I would actually want to grow and change?

If we can discover what works for us, perhaps it will give us insights into what might work for other people.

(More on that in my next article.) 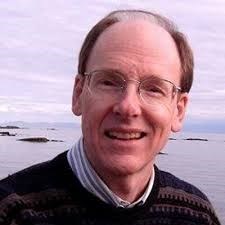 Eric Hellman is a communications and change coach. His newest work is called “conscious change.” For more information, see http://intro.consciouschange.infoor contact him at erichellman@rogers.com.

You can read more articles on our interfaith blog, The Spiritual View, HERE