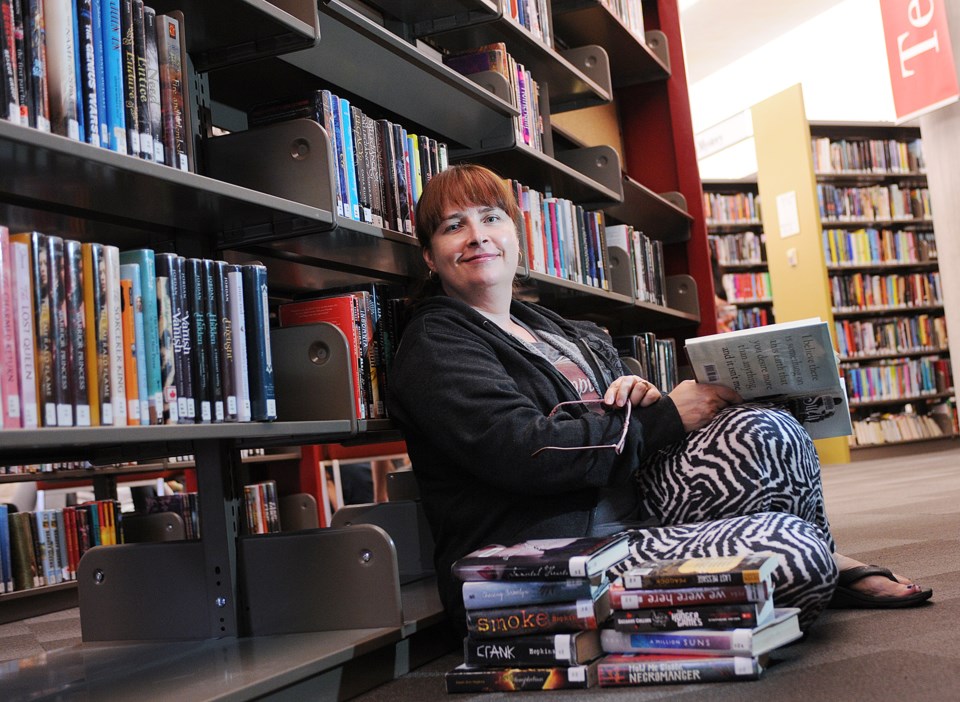 Gabrielle Prendergast loves writing for and with youth.

She loves writing verse novels, a type of narrative poetry, and hopes to convince others to do the same during her four-month tenure as the Vancouver Public Library’s 10th writer in residence. Prendergast, who takes over the position previously held by novelist Rawi Hage, also hopes to encourage writing workshop participants to incorporate more cultural diversity into their tales.

“Most of the kids that I’ve worked with don’t know why their character is white. They might not be white themselves,” she said. “I just want them to know… that it has to do with the books that they have been exposed to… and television and superheroes and movies, that they have this subconscious idea in their head that adventures are for white people.”

It can be precarious for white writers to shape characters of other cultural backgrounds, Prendergast concedes.

“You have to research. You have to avoid stereotypes… You have to make that make sense, not just on page one of your story, but on every page,” she said. “It’s challenging, but in the end it’s worth it.”

Prendergast made it work with the protagonist in her 2012 young adult novel, Wicket Season. Fourteen-year-old Harry is an African-Canadian with Jamaican and Haitian parents. In Capricious, one of Ella’s two boyfriends is Palestinian, and Prendergast’s central character in her forthcoming young adult novel, Frail Days, is Chinese-Canadian.

“I look out my window and there’s one of the neighbourhood girls walking down the street with her punk rock hair and she’s Chinese-Canadian so that’s the girl who ends up in my story because I’m writing about today’s kids in today’s environment,” said the 47-year-old resident of Cedar Cottage.

Prendergast feels passionate about pushing novels for youth written in verse because it’s an easy form for struggling readers.

“They have less words and they have more space on the page… They’re not as daunting,” she said. “They are published as full-length books... They look like a regular book and so there’s that point of pride, too, that for a struggling reader that they’ve read a full-sized book.”

Prendergast, who’s received the most acclaim for her 2002 award-winning children’s film Hildegarde and the 2013 precursor to Capricious, Audacious, said readers respond most strongly to impulsive Ella.

“They like that idea that someone’s just kind of, well, audacious, just rejects the notions of the social restrictions that are out there and does it not in a oh, I’m going to take drugs way, but in a I’m going to do something that makes people think way,” Prendergast said.

Prendergast doesn’t want to join the crowd by penning another conservative female character.

"Just something as simple as a girl saying I’m actually going to have two boyfriends at once [in Capricious], not a love triangle like where I have one boyfriend and I sort of like another guy, but an actual having two boyfriends, I’ve never seen that in a book before,” Prendergast said. “I did it because that’s what this character would do, and why not? She’s 16 years old. If you can’t have two boyfriends when you’re 16, then when can you have two boyfriends?”

As the VPL’s writer in residence, Prendergast will spend a quarter of her time mentoring emerging writers, appearing at library and community events and conducting workshops. She’ll spend the rest of her time working on her new novel, The Boy Who Fell to Earth, inspired by Canadian astronaut Chris Hadfield.

Prendergast’s inaugural public reading as writer in residence is Sept. 17 at 7 p.m. Admission is free. Writers who want one-on-one consultation with Prendergast must apply. For more information, see vpl.ca.