There's an intriguing new concept launching in the new year on Fraser Street, and it comes from the talented team behind one of Vancouver's top restaurants , The Mackenzie Room.
Dec 15, 2019 7:00 AM By: Lindsay William-Ross 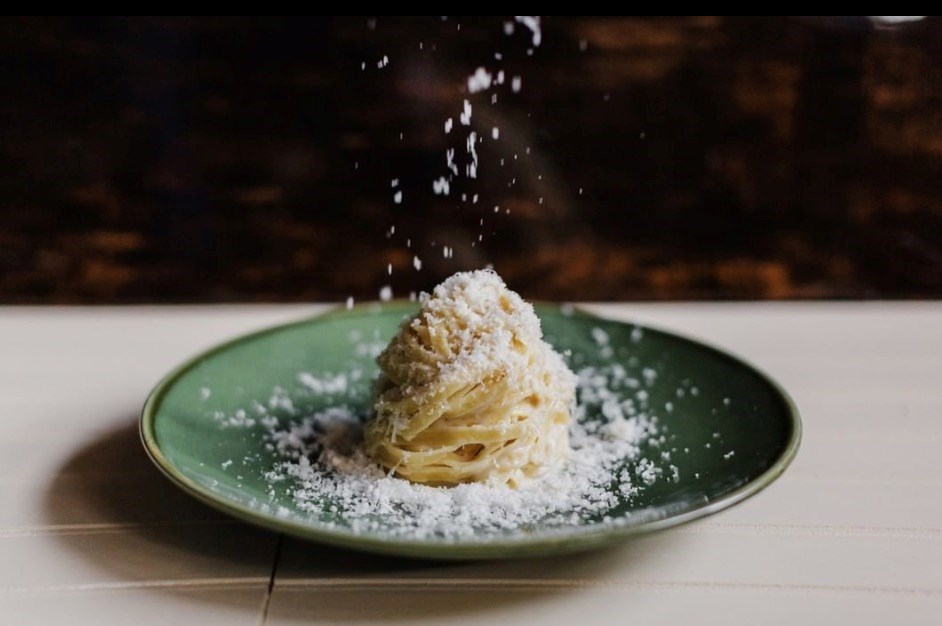 Say Mercy! on Fraser Street in Vancouver will feature Italian food through the lens of American barbecue. Photo @saymercyyvr/Instagram

There's an intriguing new concept launching in the new year on Fraser Street, and it comes from the talented team behind one of Vancouver's top restaurants, The Mackenzie Room. Marrying the worlds of Italian fare and American barbecue, Say Mercy! is moving into the space vacated earlier this year by the Dark Manor Inn.

Say Mercy! is the project of The Mackenzie Room's Andrew Jameson, chef Sean Reeve, and Antonio Cayonne. Reeve's culinary experiences inspired the theme, which is allowing him to bring together two seemingly divergent cuisines in one spot.

"I was classically trained in Italy and fell in love with the simplicity of Italian cuisine — but the first kitchens I worked in that made me want to be a Chef were barbeque spots full of smoke, whiskey, and swine," says Reeve in a media release.

Reeve adds that the cuisines have remarkable commonalities, which his menu will reflect. Diners can expect things like starters, pastas and larger-format dishes for the table to share, such as whole fish preparations or a Florentine T-bone steak.

There will be a wine program that includes global selections with an emphasis on Italy.

Say Mercy! will be open seven nights a week, with dinner service beginning at 5 p.m.

The 60-seat restaurant has been undergoing a transformation from its former — albeit brief — tenure as the themed "haunted" whiskey bar, Dark Manor Inn. Currently Say Mercy! is looking to be open in January 2020.

Say Mercy! will be located at 4298 Fraser St. in Vancouver