The Mackenzie Room truly ticks all the boxes: They focus on showcasing ingredients from carefully-selected local purveyors, and really walk the talk when it comes to every sort of associated cliche, like "nose-to-tail" and "farm-to-table" without merely providing lip service to those hallmarks.
0
May 6, 2019 1:23 PM By: Lindsay William-Ross

It comes with the territory: Friends, family, colleagues, and even strangers often ask me for restaurant recommendations. Once we establish a few parameters - area, budget, occasion, restrictions - I often suggest Vancouver's The Mackenzie Room. And often, people tell me they've never heard of it.

Rewind back four years, and I remember hopping off a #4 bus and walking past Oppenheimer Park to get a pre-opening tour of The Mackenzie Room, and to interview the restaurant's core team, including co-owners Andrew and Katie Jameson, and chef Sean Reeve. 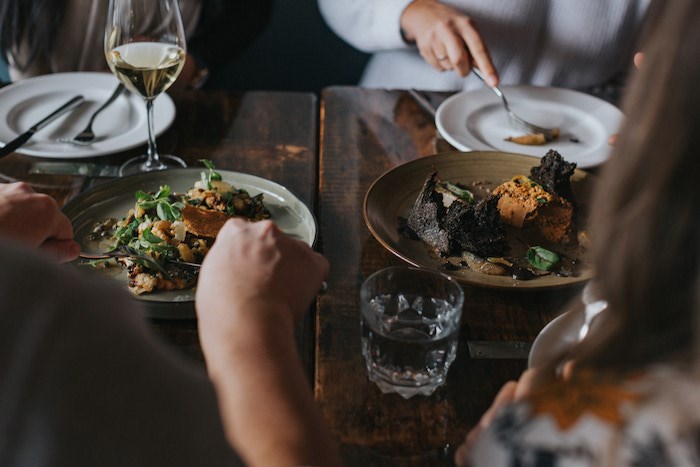 The trio had first met in Toronto at the celebrated Richmond Station, but hatched a plan to return to the Jamesons' native B.C. to open a seasonally-driven restaurant with a classic warm vibe. The Mackenzie Room was born in 2015, and has been steadily delivering the goods ever since.

The Mackenzie Room truly ticks all the boxes: They focus on showcasing ingredients from carefully-selected local purveyors, and really walk the talk when it comes to every sort of associated cliche, like "nose-to-tail" and "farm-to-table" without merely providing lip service to those hallmarks.

Executive Chef Reeve is to thank for the menu's sincerity and ingenuity, which is executed nightly by a talented culinary team working closely under Reeve's direction. The chalk board menu fills a central wall, and includes the seductive option called "I want it all." And you do. You want it all. Tailored for groups of four, the option runs just $58 per person, and delivers as promised, one of everything on the menu to be enjoyed family style.

A second, more modest, option is to get the "Just the Two of Us," tasting menu designed for, naturally, two people, which is $100 per duo. Or, in my case during a recent visit, two people and a five-year-old. Here's where The Mackenzie Room makes perfect sense as a fairly blanket recommendation: On a recent Saturday night the room was filled with couples, groups of friends, and families (comprised of adult kids with parents, parents with young children, or multi-generational). 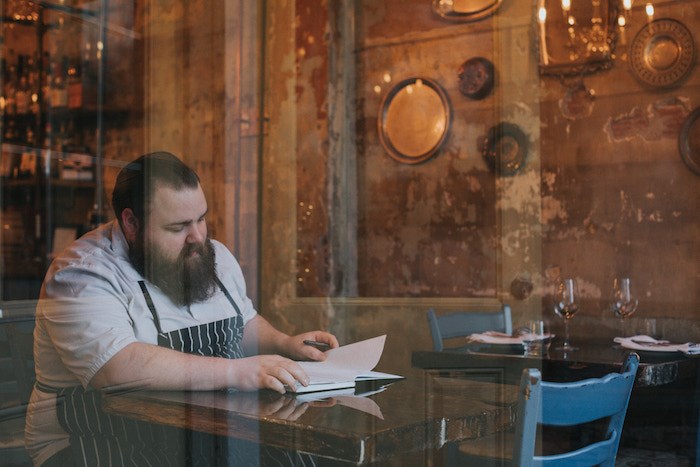 It's easy to first hear "tasting menu" then the ingredients in some of the dishes at The Mackenzie Room and then think: "Uh oh, this is too fancy for me."

Reeve says while they do incorporate some elements of fine dining into what they do, ultimately the goal is to offer a restaurant that feels rustic and relaxed rather than sterile and quiet. That's not to say the staff isn't focused on delivering at the top level: "We do take what we put out on the plates very seriously," notes Reeve, adding that the dedication spans from service to wine knowledge to their purveyors and farmers.

While "sea urchin pate" and "ink brioche" may not be in your regular at-home meal plan, those happen to be the core ingredients of one of Reeve's signature dishes, called "Chicken of the Sea." It's actually one of the dishes that's remained a stalwart on the menu, with customers begging them it be kept on, even as dish after dish rotates out with the seasons and availability. Once you spread that velvety, sea-kissed pate on the buttery and intensely black bread, it's easy to see why this one is a keeper.

Reeve understands there may be trepidation on the diner's part about a dish like that, but that's where the "I Want It All" option plays in the customer's favour. 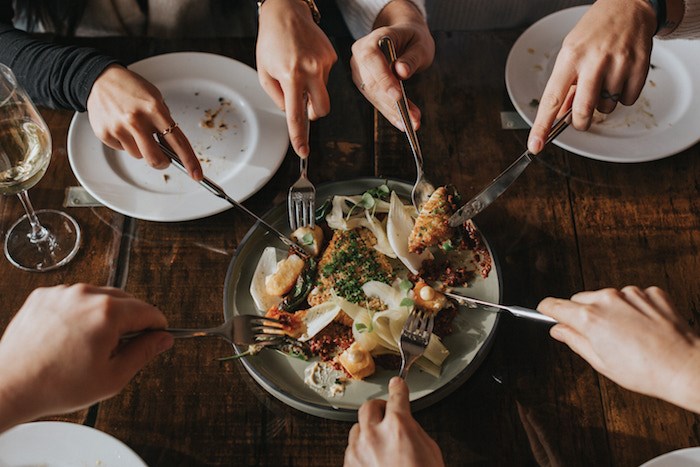 I Want it All! Photo by Katie Cross Photography courtesy The Mackenzie Room

"The guest who may be hesitant about [certain ingredients] can taste the dish without having to commit to it fully. They can experiment, but feel comfortable at the same time," he explains.

The majority of the menu rotates slowly, at the pace of about a dish a week, minus a couple of mainstays. Here Reeve gets to not only demonstrate a profound respect for the product, but also exercise his creative muscle, often turning a familiar dish on its head a bit. You can also spot humour in a dish like the "Baa-Baa-Q," which is lamb ribs with a BBQ-esque sauce starring Sungold tomatoes, those sweet little yellow peak summer bursts of tomato-y sunshine.

At the end of the day, you're eating ribs - they're just a little left of the norm. And ideally, you're sharing that plate with people, engaged in good conversation. For Reeve, that's the ultimate honour, and not something that's changed in the past four years since they opened. Now he, his increasingly more deputized staff, and the Jamesons are eagerly looking forward to sustaining and growing the restaurant's as-yet quiet success. Admittedly, it's a challenge.

When people are basing their dining out choices on what's the newest and trendiest spot, or they dine out less frequently because the are watching their budgets, places like the Mackenzie Room may not cross people's minds. With Vancouver's mantra of "location, location, location," whispered on the breezes passing through the city's glass high-rises and real estate the subject at every water cooler, few people are strolling along the block of Powell that's home to the Mackenzie Room, which means they've become what Reeve calls a true "destination restaurant."

"The greatest tool we have is word of mouth," adds Reeve. I think this is where I came in, as one of those who love to steer people towards The Mackenzie Room. When they do make it there, I often hear back what a great time they had. 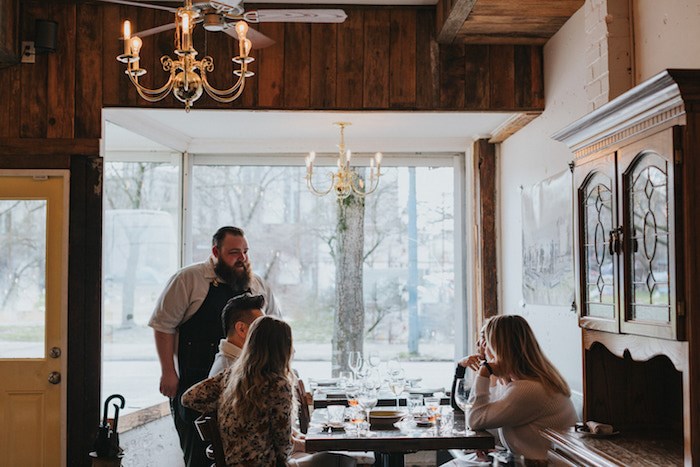 And that table of friends clinking glasses and diving into the adventure of "I want it all," or the couple on an anniversary date, or the siblings treating mom and dad to a nice night out, those are the people Reeve gets to meet when he walks through the dining room during service. While for many the image of "restaurant chef" is that of a task-master barking endlessly to their brigade never emerging from between the flames and plumes of steam from their domain, Reeve is the rarer bird, enjoying his time out on the floor meeting customers and making sure they're having a good experience.

"When people are here and enjoying themselves it means the world to me," Reeve says. "Because at the end of the day I am just cooking food. But when people are spending their time and hard-earned money with us, it matters to me that they enjoy it, appreciate all the thought and effort...and that they come back."

The Mackenzie Room is located at 415 Powell Street in Vancouver. This month, they are launching a new dinner series called "Form@" which runs every Tuesday and Wednesday night, offering a four course meal and beer or wine pairings for $98 per person, in collaboration with selected farmers, foragers, breweries and wineries in B.C. Full details are available on The Mackenzie Room's website.