Neighbours raised concerns about noise and parking after home converted into a short-term rental business
Mar 22, 2018 2:44 PM By: Lauren Boothby 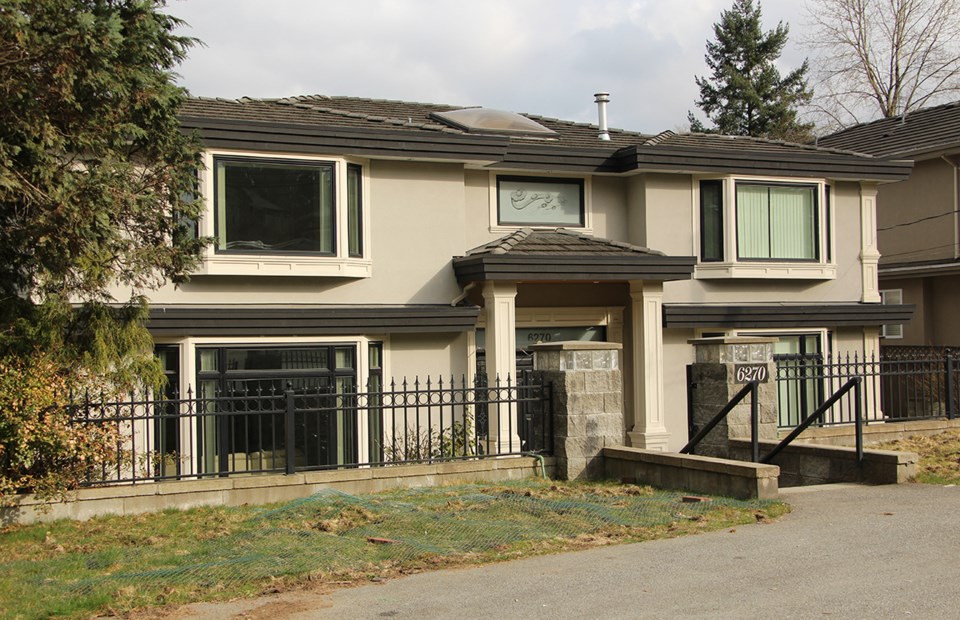 This nine-bedroom home at 6270 Elgin Ave., has each bedroom listed on Airbnb for between $39 and $65 a night.Lauren Boothby

A large Burnaby home south of Deer Lake Park, close to Metrotown, has been operating as a de-facto hotel, the NOW has learned.

The seven-bedroom, eight-bathroom home at 6270 Elgin Ave. was sold for $2.65 million September 2017 before being renovated and converted into a nine-bedroom house hotel, according to B.C. Assessment data. Rooms are listed separately on Airbnb, ranging from $39 to $65 a night.

“The Twin's House” is run by Airbnb user Mia with co-host user Yong. Yong is an Airbnb “Superhost,” and operates a second property near Metrotown that rents out five bedrooms. Mia appears to have been renting rooms since December 2017.

When asked to comment on the situation via the Airbnb site, Mia replied: “Hi, Lauren, thank you for your inquiry, but I do not wish you to write a storey (sic) about my listing without my consent! Thanks!”

When asked again if she would like to make a comment, she responded: “how you wrote a story about my listing? you lived here?”

Yong did not respond to a request for comment.

Stella Kasidoulis has lived on Elgin Avenue for 10 years, and she isn’t happy with the changes to her new neighbour’s home. As the mother of a nine-year-old, she says she’s concerned about strangers coming and going from her neighbour’s property, who can sometimes be noisy at night with guests having parties in the backyard.

"I would have bought a place next to hotel if I wanted to live next to one," she said. "This is ridiculous."

Kasidoulis says the constant flow of visitors means she’s afraid to let her nine-year-old daughter cross the street without her watching.

"I'm scared, for my kids," she said. "Yes, you have to be cautious about anyone in your neighbourhood, but there's something to be said about anyone just coming and going, different people all the time.

"It's not that neighbourhood feel where you know who lives (nearby)."

As she is also currently trying to sell her own home, she’s also concerned having a hotel next door might lower its value, as well as the others on the street.

But apart from issues with parking, the new neighbours aren’t as much of a problem for neighbour John Zhang. Guests take spots in front of his house reserved for the tenants who live in his basement unit, but parking was an issue before as well: the previous owners operated a daycare out of the home.

“No big deal, you know. Not all the time, sometimes,” Zhang said. “Once they get in the house they don’t bother anybody.”

Zhang said sometimes he would see young people drinking, smoking and yelling in the backyard, which didn’t seem to bother him much either.

And although the house hotel may not be an issue for all the neighbours, the City of Burnaby may have a different opinion about homes being used in this manner.

Dan Layng is the chief licence inspector for the City of Burnaby. He also enforce land use regulations. Layng says Burnaby is currently reviewing rules for boarders, such as those who rent short term using services like Airbnb or VRBO, and whether nightly, weekly, or monthly rentals will be allowed

“The other situation where you have a vacant home – whether it be a suite, an apartment, a single family residence, etc. – if that’s being rented out on a short-term basis, as per VRBO or AirBnb, that is not permitted,” he said. “Those are intended for permanent residents.”

Boarding houses are only permitted in certain zones, and operators would have to apply to a planning department for rezoning of the property.